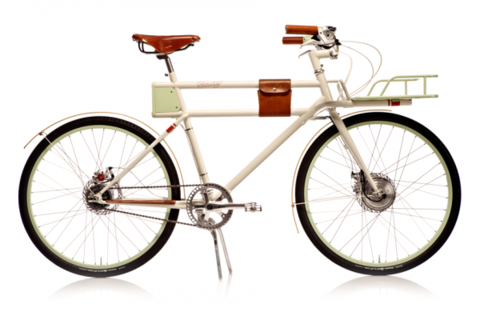 Inspired by the classic European delivery bikes of the 1940’s and 50’s and updated with state-of-the-art components and construction techniques, the award-winning Faraday Porteur allows novice and experienced riders alike to go farther, faster, with ease. It’s impossible to tell it’s electric until you ride it – and then it’s impossible to imagine riding anything else.

The Palo Alto company named after famous British scientist Michael Faraday, made their debut in the electric bike scene via Kickstarter. With a great design, beautiful branding and awesome functionality ‘the Porteur’ is the first model from Faraday Bikes available April 2013 with pre-order staring now. 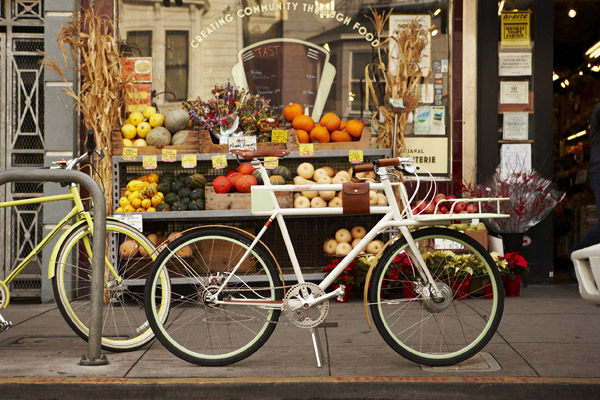 With a price tag of $3,800, the bike features a 250W electric motor and with just an hour of charge, the battery provides for around 15 to 20 miles of pedal-assisted riding and a boost mode that can speed the bike up to 15 MPH (and 20 MPH when in “Boost Mode.” That’s around the average speed of a decent competitive rider, and it’s the fastest you can legally go on an electric bike… The Faraday Porteur looks and feels like a premium city bike, but it performs in a class of its own. Most importantly, the Faraday lets you work as much, or as little, as you want. Want to get there without breaking a sweat? No problem. Want to break a sweat AND break your record time? You can do that too. Faraday goes where you go, no matter what your mood or what your destination. 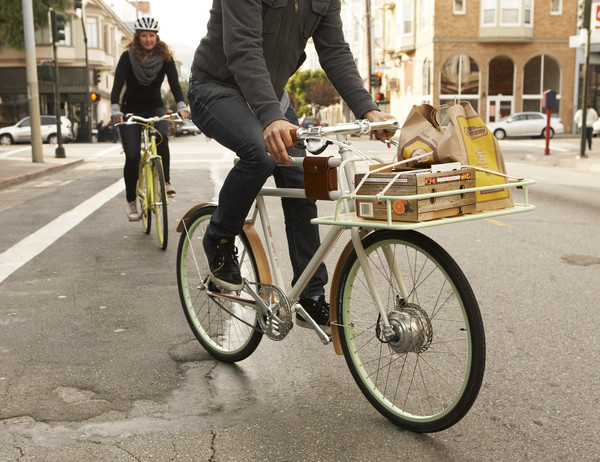 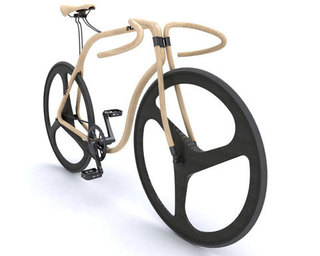 I did thr Critical Mass Jozi cycle last Friday night and an electric bicycle would have done the trick! Next year..

I dont care for bikes, but the food store in the pic looks really interesting!!