Like hamsters on a running wheel, we're running. Faster and faster we go. Albeit it's not without aim - like a poor little hamster.

Pushed by consumer’s insatiable appetite for newness, companies are slaving away to keep up with “the newness”. Sometimes they fall behind; other times they lead. The goal is to always lead, but it's not always possible on this spinning wheel of technology and engineering. 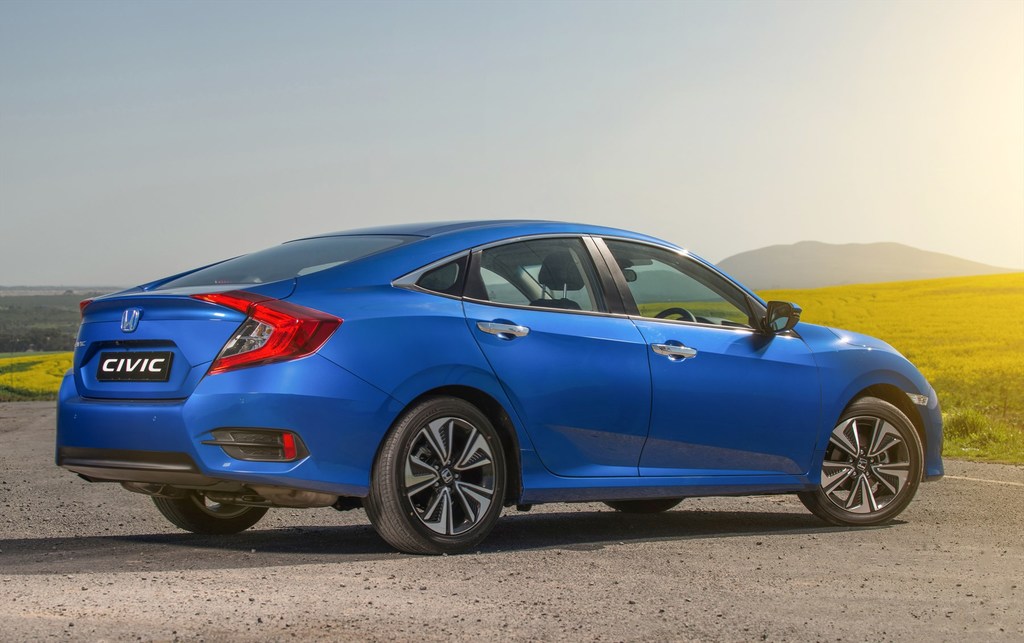 Honda, the Japanese maker of cars, bikes and aeroplanes is aware of this race; with the aim to win it, no doubt! Reflecting on its history, and specifically to a time which I can personally elaborate on: the 80's, 90's and early 2000's when Honda was the Asian car maker you wanted. Their designs were bolder and fresher than their competition. Their quality superb; arguably better than cars categorised as more premium and expensive. From a driving dynamics perspective, Honda borrowed technology from their Formula One racing division. This showed in their cars handling. 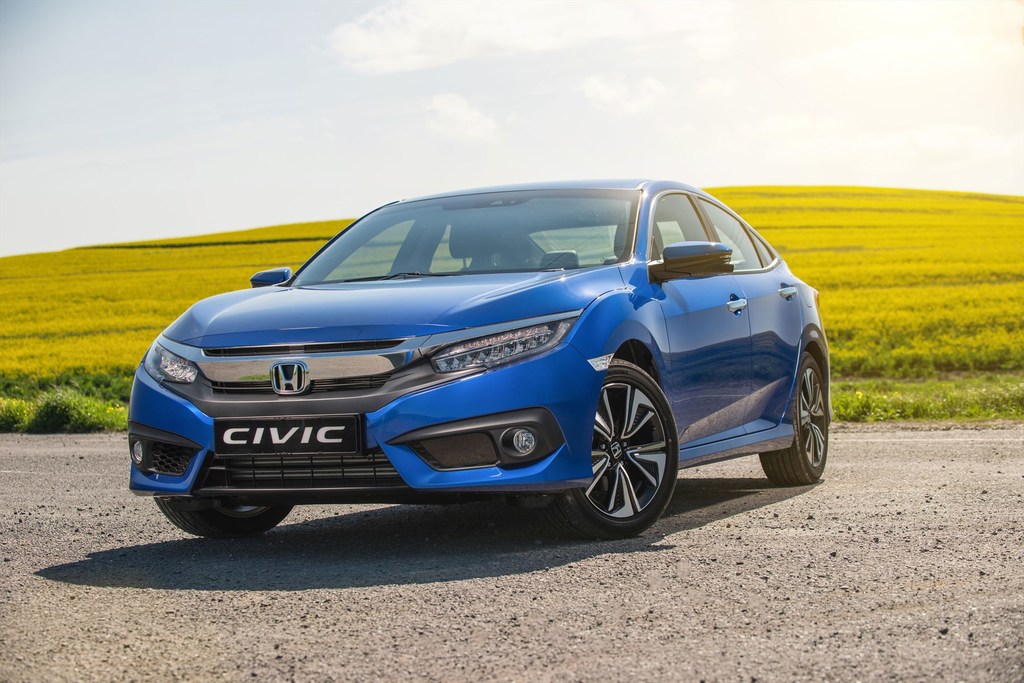 Something changed, albeit for a while. The Koreans caught up. The other Japanese manufacturers overtook. Honda was no longer "King of the Asians". My reference to "King" doesn't relate to sales, but rather, innovation and quality.

I'm pleased to say that Honda's hamster has been running for its life. Their newest creation, the new Civic, especially in 1.5T guise, leaps and bounds ahead of where the previous Civic was. Now so good, it could be argued that it's the segment leader. Corolla, Elantra, Jetta and Cerato gird your loins - you have competition. Great competition. The new Honda is striking to behold. Its overall appearance is strong, almost sports-coupe-like. Its width looks good on it - like a broad-shouldered athlete. In Sports guise, it's dressed with an athletic rear spoiler and black plastic fin details. Its looks are purposeful.

Its Sport badging is subtle which appears in chrome on the Civic’s boot. Not just a badge – it denotes a new engine. Honda, like other Japanese cars, has built their reputations on reliability. Perhaps that's why it's taken them, all Japanese car makers, so long to introduce turbocharged engines out of fear of having cars break down. It's a good thing for many reasons. Turbocharged engines are faster and potentially more efficient if driven with economy in mind. Years later, Honda is ready. No doubt without the worry of being plagued with a reliability stigma, like Audi and BMW had during their earlier days experimenting with turbocharging. 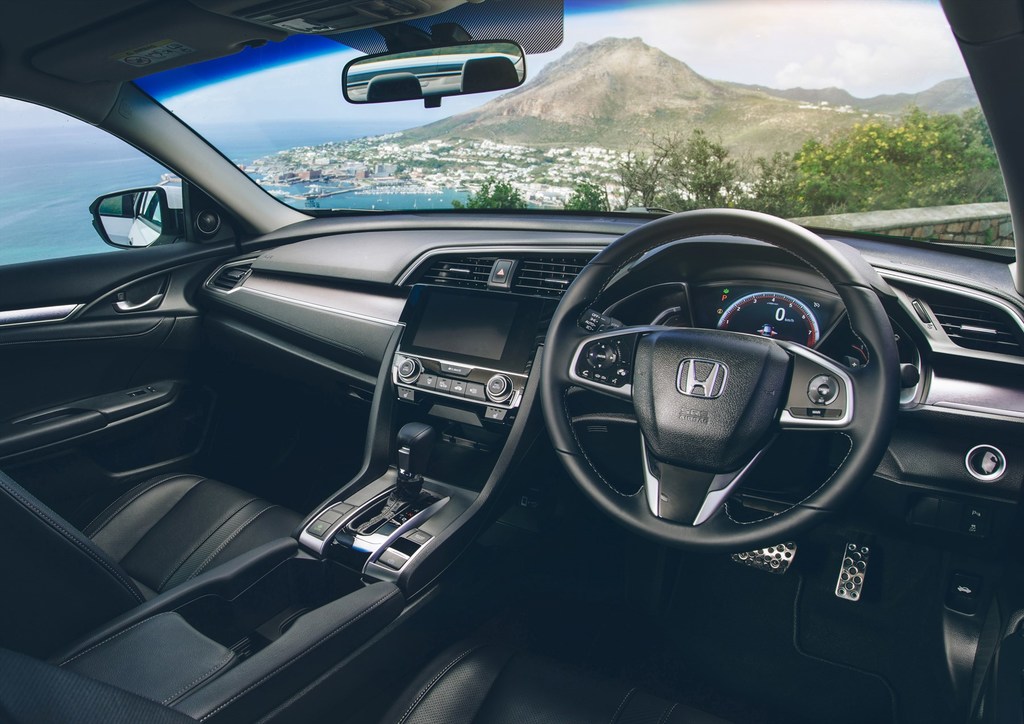 The new engine takes Honda's loved 1.5-l and makes it better. The engine’s power is good for 125kW, a figure that relates to a 0 to 100km/h sprint in just over 8 seconds.

Another improvement: it's CVT (Continually Variable Transmission). I hate CVT gearboxes. They’re generally robotic in action, destroying the car’s character. CVT’s are like Prozac for an already happy person; it stuffs things up. But Honda's new CVT is married to the 1.5T engine, and together they work well and aren’t a party pooper. Instead, it is well-mated, doing a fantastic job of faking its way through no gears. If you feel the desire to pretend changing gears, there are paddle shifters on the cars multifunctional steering wheel.

Like Hondas of the past, this new Civic is beautifully put together: quality plastics and faux leather abound. Brushed aluminium details accent a handsome interior that's altogether a classy place to sit. Like any well-respected Japanese car, the Civic is nicely spec'd. Offered in a variety of specs, namely Exclusive, Sport and Executive, each offering more than the next. The Civic is also available as a 4-door sedan or a 5-door hatchback. 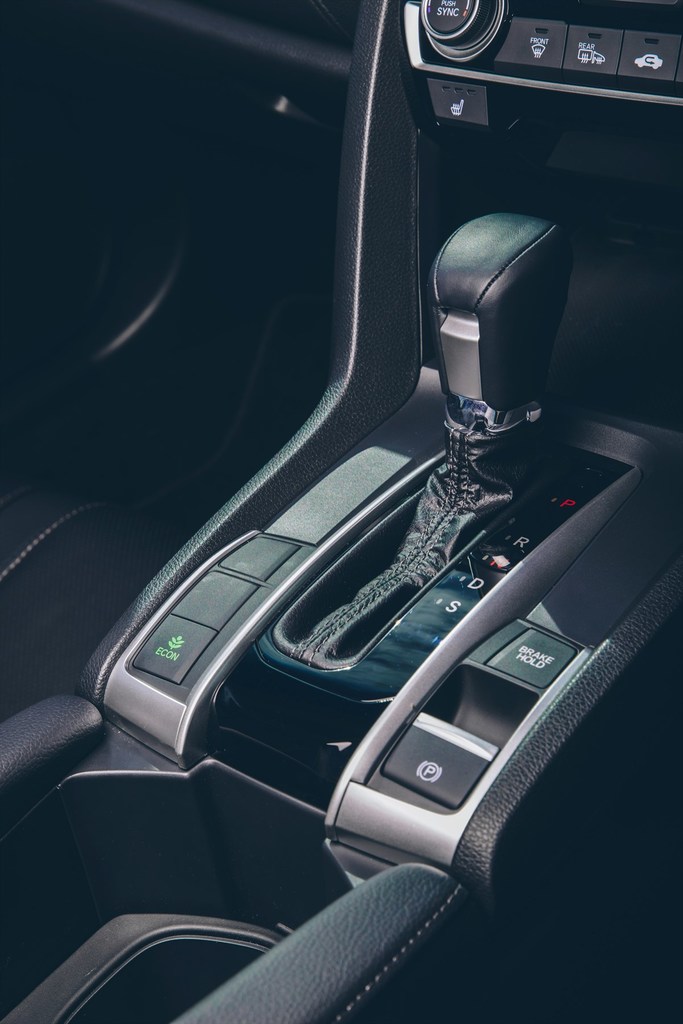 Accommodation is generous and the Civic is larger than ever. You’ll easily fit five adults in comfort. Boot space is good too.

Now more sassy than ever, the Honda Civic adds some jazz to its civilised nature.