BMW Art Car Collection - 17 cars, an equal amount of artists and a 40 year commitment to the arts. The BMW Group have recently launched a coffee table book to celebrate the legendary BMW Art Cars. BMW’s history of cultural cooperation’s began in 1972, with three large-scale paintings that were created by the artist, Gerhard Richter, specifically for the foyer of the BMW Group's Munich headquarters.

Following these paintings, was the start of the collection of BMW Art Cars. It began when French race car driver and art aficionado, Hervé Poulain, together with Jochen Neerpasch, then BMW Motorsport Director, asked his artist friend, Alexander Calder to design an automobile. For Hervé Pouain, it would be about combining his passion for art and cars. The result was a BMW 3.0 CSL, which in 1975 competed in the 24 Hours of Le Mans, where it quickly became the crowd’s favourite: the birth of the BMW Art Car collection. The richly illustrated book focuses on the history of this automotive collection, launched in 1975, and designed by major modern and contemporary artists. Various portraits and interviews provide an insight into their creative processes, while giving a descriptive account of the historical development of the collection. 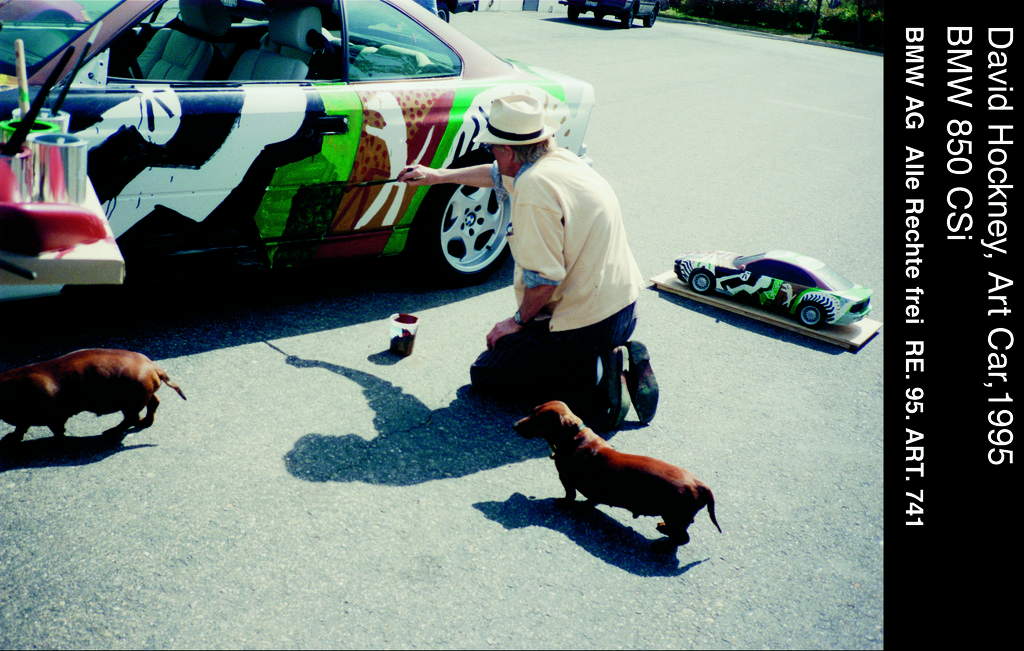 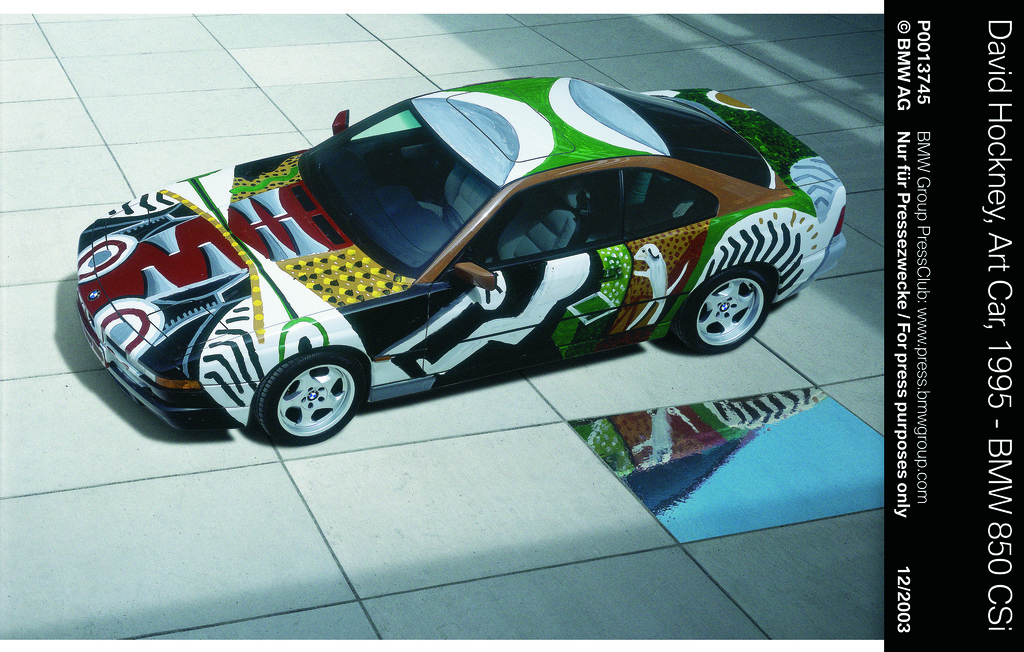 These “rolling sculptures” offer a wide range of artistic interpretations. Roy Lichtenstein (1977) on the other hand depicted the outer world on his car, from the sun to the tarmac.

The Rauschenberg (1986) BMW 635 CSI Art Car - the sixth addition to BMW's collection of 17 Art Cars - is the first in which the artist used photographic methods to transfer images (including images of famous classical paintings) to the car.

With the painting of the BMW 525i (1991), Mahlangu wanted to link this handed down art form to the modern appearance of the automobile. A challenge that Mahlangu mastered with the creation of the first African Art Car. Within a week, she transformed the 5-Series saloon into a masterpiece of African Ndebele art - and established herself as the first woman in the list of international Art Car artists. "My art has evolved from the tribal tradition of decorating our homes", said the South African painter, Esther Mahlangu, of her work. When David Hockney created his Art Car in 1995, he painted the inside of the car on the outside, revealing everything from internal engine parts to a dog in the back.

Most recently BMW collaborated with the legendary Jeff Koons; his car turned art piece is a M3. In celebration of its explosive M-power delivered from a 4.0l V8 engine, Koons created what looks like speed in motion. He wrapped the M3 in vinyl, inspired by images of race cars, speed and explosion. It looks like a technicoloured, warp speed rocket. In 2011, the BMW Guggenheim Lab, a global initiative of the Solomon R Guggenheim Foundation, the Guggenheim Museum and the BMW Group, celebrated its world premiere in New York. The BMW Group takes absolute creative freedom in all the cultural activities it is involved in for granted – as this is just as essential for ground breaking artistic work as it is for major innovations in a successful business.

The BMW Art Car publication featuring 200 pages and 148 images. A slipcase provides the personal “parking space” for this book that was designed by Schmid+Widmaier Design. Its cover was created by Jeff Koons. The publication includes a wide range of significant articles by international experts and arthistorians. The co-founders of the Art Car series, Hervé Poulain and Jochen Neerpasch, are also interviewed and featured in the fantastic coffee table book. 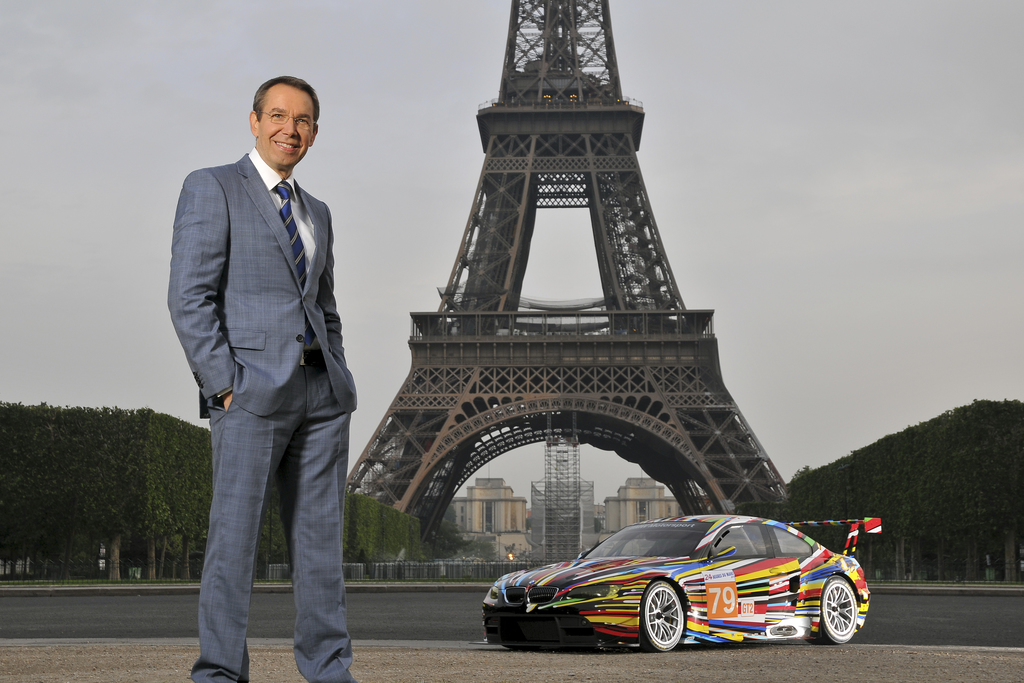