The Biggest International Fashion Events of 2013 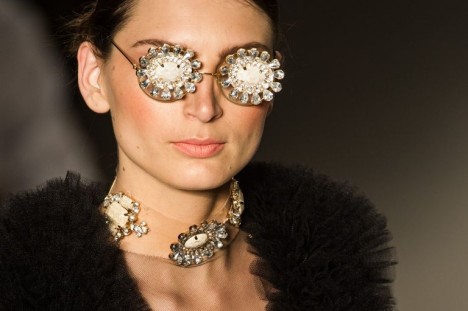 A round-up of the key fashion weeks, trade fairs and consumer events of 2013 from Luxuo

Launched by the Dubai government in 1996, the annual shopping festival has grown into a major attraction as luxury lovers flock to the UAE for shopping discounts, exciting events, competitions and shows.

After a triumphant first edition in June 2012 supported by Prince Charles, Topman, and Tom Ford, the London Collections: Men, organized by the British Fashion Council, will be back in early January showing off the latest UK menswear.

Special events organized by Esquire and Tommy Hilfiger will run alongside shows by Alexander McQueen, J W Anderson and others.

One of the annual highlights of the menswear calendar, Pitti showcases 1,020 different brands, plus another 70 women’s collections at Pitti W at the Dogana, and over 30,000 visitors.

Highlights for 2013 include guest designers Carol Lim and Humberto Leon of Kenzo and Opening Ceremony fame, and Maison Kitsuné from Paris.

Milano Moda Uomo kicks off with the biggest names in Italian and international menswear. Armani, Diesel and Versace are set to be hightlights, while Miuccia Prada will have to see if she can top her last winterwear show, which featured Hollywood icons Adrien Brody, Gary Oldman and Willem Dafoe.

Premium launched in 2003 in a disused train tunnel and has now grown into one of Northern Europe’s largest fashion tradeshows with 1,400 collections and over 60,000 trade visits. Running at the same time is Bread & Butter (held at Berlin’s Tempelhof airport), which focuses on the hottest streetwear trends.

Paris is the daddy of international menswear. Buyers and press alike descend on the French capital for the men’s collections, which are shown just before the Haute Couture presentations.

Who’s Next welcomes buyers and trend hunters alike, who descend on Paris for the fashion collections. For the third year running, ARTS THREAD is exposing the work of young graduates from international fashion schools around the world including Royal Academy of Fine Arts Antwerp, Central Saint Martins, Parsons Paris, Royal College of Art, London College of Fashion /UAL, Hong Kong Design Institute and Parsons The New School for Design.

With sales of timepieces at an all-time high, the invitation-only Salon International de la Haute Horlogerie is one of the watch world’s hottest tickets. Buyers and brands meet up in Geneva for a bezel blowout featuring eighteen of the finest luxury watch brands (from Cartier to Vacheron Constantin) and hundreds of clocks dating from the Renaissance to the early 20th century.

One of the fashion calendar’s biggest hits, the Haute Couture week sees a select group of designers team up with the French capital’s finest craftsworkers to produce sumptuous (and eye-wateringly priced) one-off outfits.

Less a catalog and more a shop window for the design talents and technical skill of the houses involved, with Alexis Mabille and Maison Martin Margiela recently announced as the latest members of the elite club.

The big news this year? Givenchy’s Riccardo Tisci has declared that he will not be showing a collection this time around, despite having gained critical plaudits for his previous haute couture work.

The British Fashion Council and Vogue have joined forces to provide one UK-based designer with “bespoke, high level mentoring” support for once year, as well as a £200,000 grant to help develop his or her business.

Won in 2011 by hot talent Christopher Kane, and by Erdem Moralioglu in 2010, and features London Fashion Week mega-hit Mary Katrantzou and shoe designer of the moment Nicholas Kirkwood on the shortlist this time around.

Dolce & Gabbanna, Versace, Cavalli, Gucci — need we say any more? The glitz and glamour of the fashion season is provided in spades at Milan fashion week, which sees the Italian city flooded with buyers and press for seven days of ready-to-wear shows. For those of a more minimal bent, Jil Sander and Prada tend to provide a less intense but equally arresting spectacle.

After designer Nicolas Ghesquière’s departure in November, young Asian American Alexander Wang’s debut at Balenciaga is set to be the story of the week in Paris.

Critics will also have their pencils (and perhaps knives) sharpened for the sophomore prêt-à-porter collections from Raf Simons at Dior and Hedi Slimane at Saint Laurent.

Advertising itself as a ‘one-stop-shop’ for buyers looking for the latest and greatest in all that glitters, the world’s second largest jewelry fair and Asia’s leading jewelry event is in Hong Kong in early March.

Alongside watches, gold, and silver, visitors can expect plenty of diamonds, colored gems, pearls and rubies from around the world.

Summer Season 2013/2014 has shifted this year in order to allow space in the European fashion schedule and more accurately represent Southern Hemisphere seasonality.

Designers expected to show include Alexandre Herchcovitch, HUIS CLOS and Vitorino Campos. Under-represented in international sales figures, Brazil will be making a big fashion push ahead of the 2014 World Cup and 2016 Olympics.

Previously under the creative direction of Christopher Kane and showing in Milan, the brand has shaken things up.

A new collection by Donatella Versace and young UK talent J W Anderson will be launched at a presentation event planned for March/April 2013 in New York City, including both women’s and men’s ready-to-wear and accessories.

Baselworld, the World Watch and Jewellery Show, is an annual attraction welcoming around 100,000 visitors from the specialist retail and wholesale trade and more than 1,800 exhibitors. One notable absence this year is jeweller David Yurman, but the rest of the world’s biggest brands will be on show and looking to capitalize on the unparalled press and retail exposure.

The ‘quality fast fashion’ fair shows a selection of ready-to-wear men’s and women’s clothing. Half the exhibitors are from the Tuscan region, but buyers from around the round the world arrive in Florence to place orders at the event, held in Florence’s first railway terminal, the (now-disused) Stazione Leopolda.

Established in 2011, the Istanbul Shopping Festival aims to place the Eurasian-metropolis at the centre of the luxury map with art and culture, food and drink, parties and concerts, and of course, plenty of shopping. Global Blue is offering a tax-free deal and malls and shops will be extending their opening hours.

Designers in Paris and Milan will show their Spring/Summer 2014 Menswear collections this summer to buyers and press before they hit stores at the end of the year.

The famous ANDAM Fashion Award was created 24 years ago by Nathalie Dufour and is judged by a panel including YSL co-founder Pierre Bergé and Vogue Paris editor Emmanuelle Alt.

Julien David picked up the 2012 gong and a check for €230,000. Previous winners include Viktor & Rolf, Gareth Pugh and Martin Margiela.

The 2013 edition looks set for more of the same, with international fashion labels including Calvin Klein Jeans and Mango using the fair as a gateway into the Asian market.

Fashion sleeps during the summer, but the whole hectic parade will start up again in the autumn with the Spring/Summer 2014 collections hitting the runway in the four fashion capitals.

Launched back in 2009 by Vogue magazine and a consortium of the luxury industry’s top players as a response to the crippling recession, Fashion’s Night Out has proved a roaring success, with stores in over 500 cities worldwide opening late for an evening of shopping, parties, live music, special events and celebrity appearances. Expect designers playing sales assistant, Vogue editors playing personal shoppers, and other high-fashion larks.

The Council of Fashion Designers of America led by President Diane von Fürstenberg links up with Vogue for the annual fashion prize.

Greg Chait of luxury cashmere label The Elder Statesman won top prize last year, bagging $300,000 to invest in his label and a yearlong mentorship with an industry veteran, while with runners-up footwear designer Tabitha Simmons and jeweller Jennifer Meyer pocketed $100,000 each for their businesses, alongside business advice.

Previous winners include Alexander Wang, now top-dog at Balenciaga, so the stakes are high for the 2013 edition.

Catching up with Nina Jarebrink