The All New Range Rover Sport 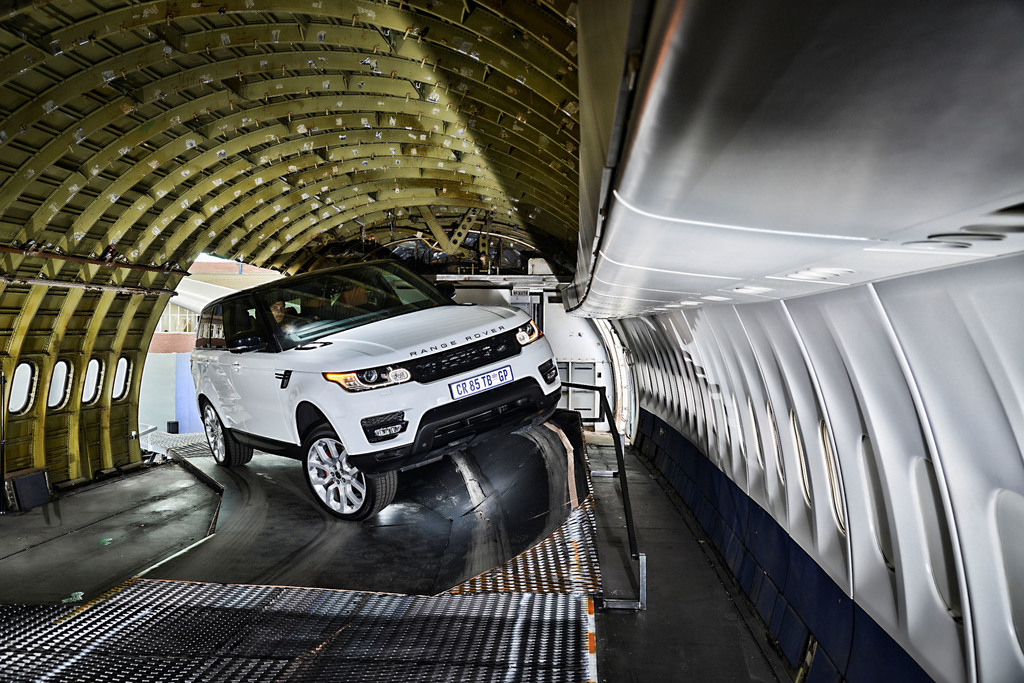 Range Rover is a brand you either love or hate. You love it because it is British, it is expensive, it is big and very capable. Soccer players and celebrities all own one. You hate it because of all of the above but deep down you wouldn’t mind owning one.

I was fortunate enough to be invited to the launch of the new Range Rover Sport at the beginning of November. Launches give journalists a day to play and experience the car on the road. You swop vehicles to feel the different engine variations and interior treatments. You stop for a spot of lunch and usually in a very pretty part of our country. 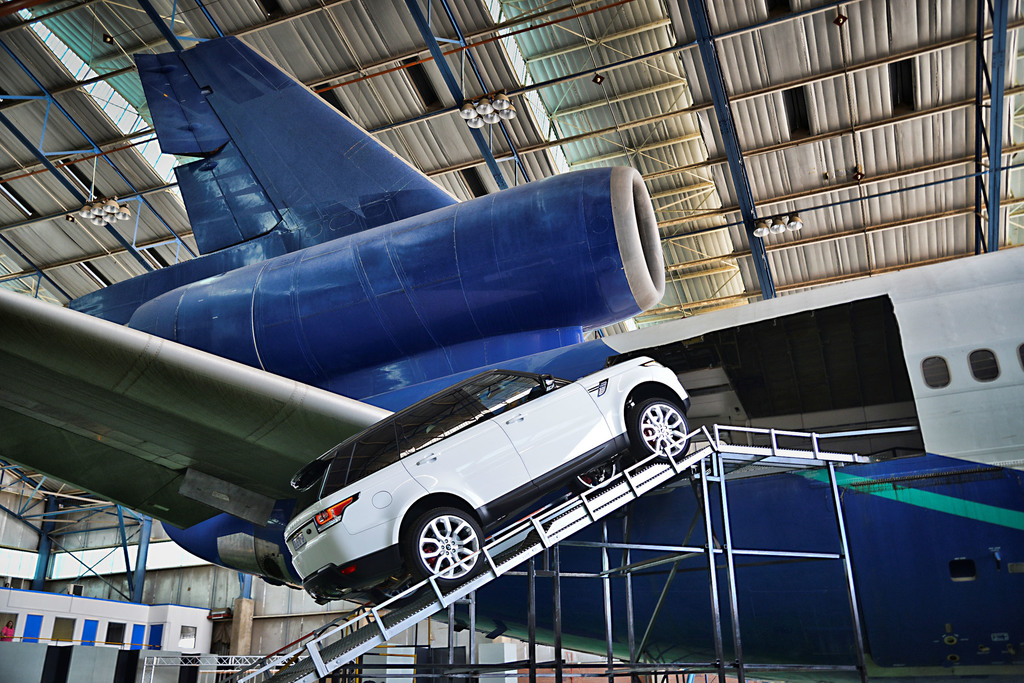 The all new Range Rover Sport launch was a little different. We met at OR Tambo International Airport, where a bouquet of Sports were on display. In the centre of it all was a de-fleeted DC10 aeroplane. On closer inspection, I noticed a variety of ramps protruding out of several orifices of the plane. These were to be part of the day’s experience.

The Sport is part of a family of three: Its little sister being the super stylish Range Rover Evoque and its big brother being the regal Range Rover. It is a vehicle designed to be a jack of all trades and a holistic master of all. After experiencing the highly accomplished Sport, which offers sheer driver involvement at high speed, a very practical and luxurious layout for friends, families and their baggage, and an off-road escapade ability to thrill the Camel man, it left me dumfounded. 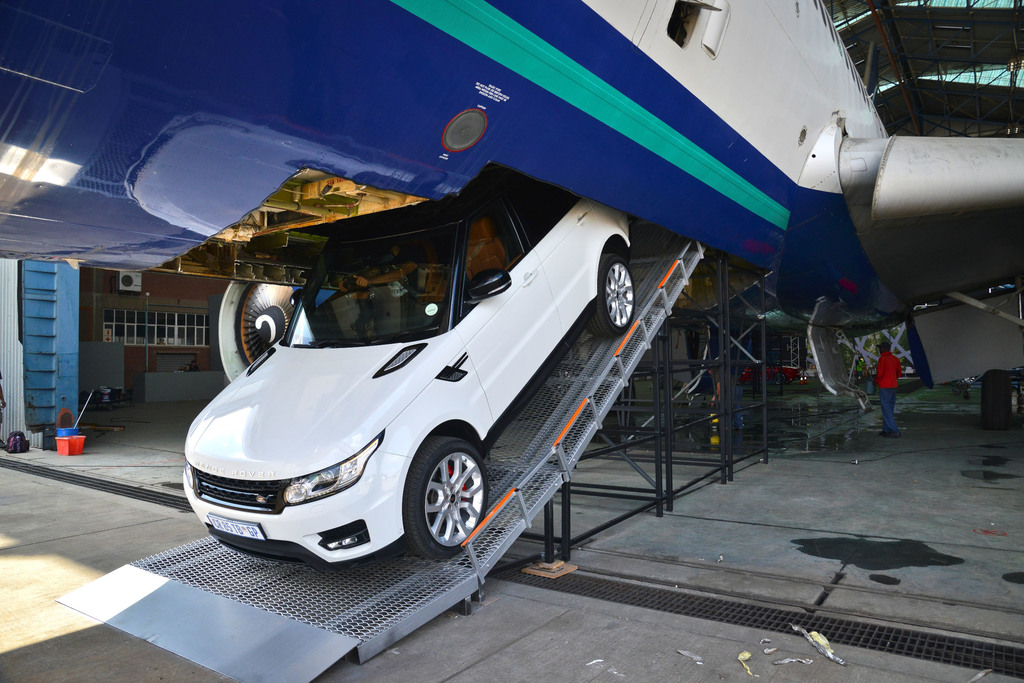 Is this new age SUV a supercar? Why would one create a car with such an array of versatility? Cars are designed around our societal needs and wants. If that’s the case, what does that say about our society? Do we want it all? Well if that is so, the Sport is all you could ever want.

The Sport shares its platform with its bigger brother the Range Rover. Its genetic DNA dictates a light weight body that is all aluminium, as a result it is up to 420kg lighter than the outgoing model- making it the fastest, most agile and responsive Land Rover ever.

Visually the DNA of the all new Sport makes it look like a bigger version of its sexy sister with proportions that are large, but less imposing than its huge brother. It is a Range Rover, so certain things can be taken for granted like a magnificent interior which literally has thousands of design options and colours. Another given is its ability to make molehills of mountains. The Sport has class leading entry and departure angles, making it able to drive up and into the hull of a DC10 aeroplane, inside it and drive out of it, all at hair raising angles that seem better suited for rides at the funfair. For the Sport it is more like a walk in the park, due to the next generation ground-breaking Terrain Response® 2 system that automatically selects the most suitable terrain programme.  So willing and able is the Sports ability, it is also able to submerge itself in water as deep as 850mm. One can spec the vehicle with an option sonar that is able to measure the upcoming depth of water it’s in and warn the driver should it be too deep for safe driving. Our drive experience allowed us the opportunity to test this in practice. As the vehicle approached the pool of water, you can watch it rise on the cars infotainment screen. With audio and visual cues active, you are fully aware of what the car is doing. As we left the pool of water, you hear it escaping the cars crevasses but without a drop entering the luxury cabin. The Sport is available in three excellent engine variations: Two supercharged petrol options (a new swift 3.0 litre V6 offering 250kW and a devilish 5.0 litre V8 offering a monstrous 375kW). The third engine variation is a new 3.0 litre SDV6 with 215kW (diesel). All of these refined motors are mated with an 8-speed ZF gearbox able to whip through each gear like Superman through a high-level crisis. Both of the 3.0 litre units offer ample performance. The petrol option has a lovely V6 grumble while the diesel unit is almost inaudible. For day-to-day use, the diesel offers fantastic economy too. If money and the high price of fuel are factors that are less than important for you, the 5.0 litre V8 is the Sport for you. Very fast (0 - 100km/h dash starts at just 5.3 seconds) and with a roar emanating from its twin chrome tailpipes that is music to the ears, it really is a supercar.

I make reference to the Sport being a ‘supercar’, in my mind it’s a realistic evaluation of the car’s abilities rather than the literal sense of the word, which would mean it is in the same category as a Ferrari. Until I was taken to the racing strip that is! “Floor the throttle and when you hit 140km/h and see the red cones hit the brakes”, said my instructor. “You see those cones disbursed in an S-bend shape? Well when you do, go through them at 80km/h and feel what the Sport can do”. These were the instructions explained to me as my adrenaline pumped through my excited body. I did as told and so did the Sport, with astounding competence.

If you are a person who wants it all in a vehicle having to compromise on nothing, the all new Range Rover Sport is the do it all ‘supercar’ for you. 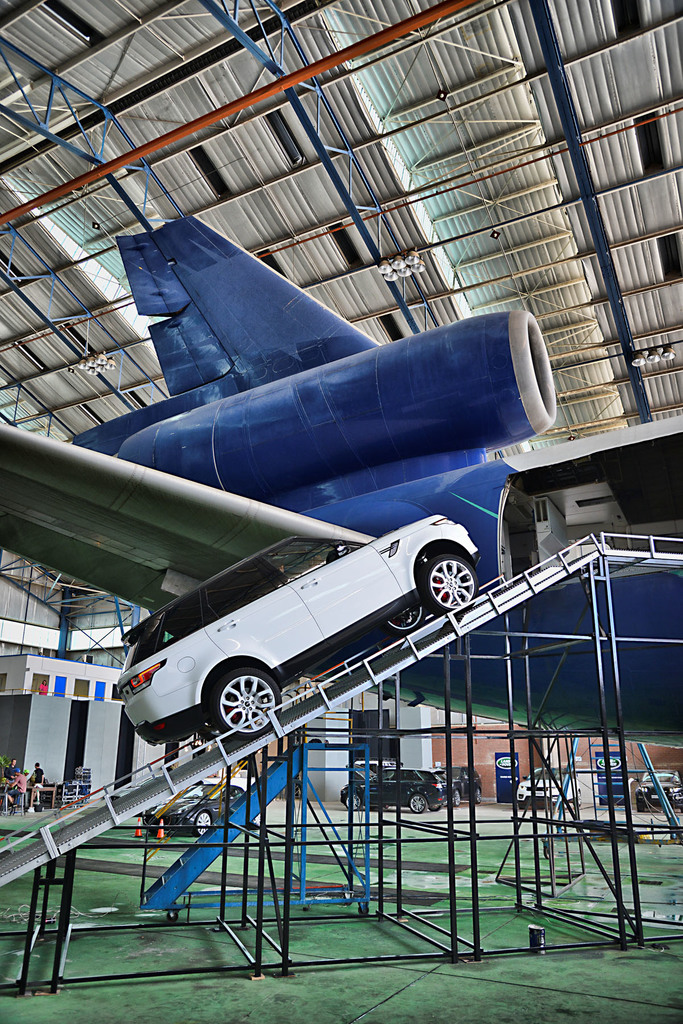