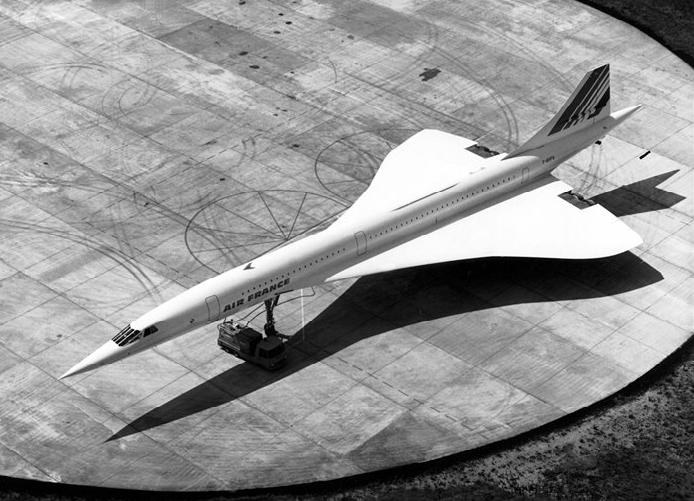 The Superstar Designer Pays Tribute to Concorde on its Anniversary

Combining luxury and science fiction on an unprecedented scale, the Concorde could whisk 100 passengers, dizzy on champagne and caviar, from Heathrow to JFK in under three hours. On this day in 1976, it made its maiden commercial flight on each of its carriers: Air France between Paris, Dakar and Rio de Janeiro, and British Airways from London to Bahrain. In its ensuing 27 years of operation, tycoons and celebrities journeyed at twice the speed of sound and heights of 60,000 feet, from which the curvature of the Earth is visible. Tragically, a crash in Paris in July 2000 signaled the beginning of the end for the 20-strong fleet. Sir Terence Conran was tasked with designing a refit of the plane’s interior in 2001—“one of my proudest moments,” he says—but his vision would never be fully realized; in 2003 Concorde was grounded due to economic reasons and safety concerns. On the anniversary of its debut voyage, we talked to Sir Terence about feats of engineering and design.

Concorde revived the glamour of travel. What, in your mind, made it so chic?

Concorde gave people an irresistible glimpse into the future. It was something that had never been seen before and captured their imagination. It became a worldwide symbol of luxury and monumental achievement. It is one of the few designs to attract universal admiration from all age groups.

What was your inspiration for the Concorde refit?

We wanted to create an interior that was as light and elegant as the exterior, and a feeling of comfort and luxury. One of Concorde’s strengths—its long, aerodynamic shape—was also a restriction on the amount of space afforded to passengers. We selected chairs that took inspiration from my idols, Charles and Ray Eames—they were ink-blue Connolly leather with a cradle mechanism, footrest and contoured headrest for comfort and support. We also wanted to make the interior of the passenger cabin brighter with different lighting, which would change to a cool-blue wash throughout the cabin when the Concorde flew through the sound barrier at Mach One—that would have been a wonderful sight.

Is there such a thing as “good” design?

There are no real objective standards in design; what is airy and uplifting to one person is sparse and cold to another. But if something has been designed badly it will be immediately apparent because it will not work properly, it will not look right, and will give very little lasting pleasure. As Corbusier said, good design is intelligence made visible.

What makes for luxurious design?

The greatest luxuries of all will always be comfort and not having to worry. Fashions in interior design fluctuate like hemlines, but notions of comfort and intimacy are timeless.

What do you take with you when you fly?

I travel light. These days my luggage of choice is from the Globe-Trotter range. I love the romance of travel from the 1920s and 30s, and they make modern classics that look great, are incredibly hard-wearing and have always served me well.

Comment by Shaamila Cassim on July 16, 2011 at 0:05
All commercial planes should be grounded..and only concord should be allowed to fly!