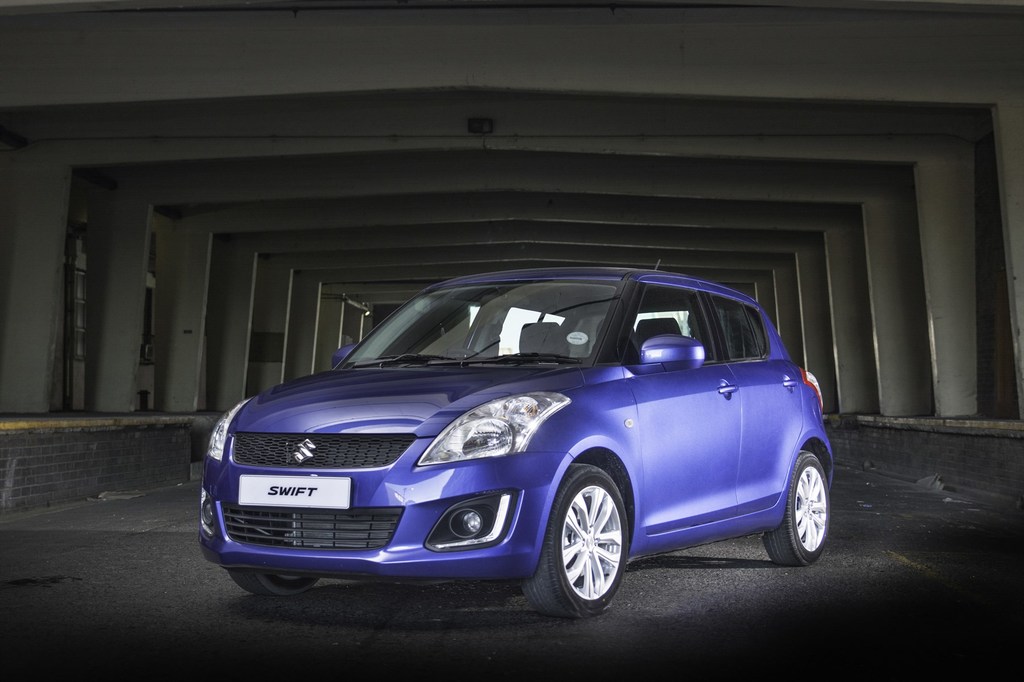 I like this little city car. It is the underdog surrounded by accomplished little hatches, and because of their commercial spread have lost any real on road excitement. They are all over the place. The roads are littered with them, because they offer value for money are practical and economical to run, but their large volumes make them bland like margarine on white bread.

The Swift is a little different. Being the underdog, it has a lot to prove and prove itself it has. It’s handsomely cute, especially with its midlife upgrades like the eye-catching update to the 2014 Swift’s redesigned grille and accompanying new bumper. It looks fresh and these upgrades add to its street cred. The GLS model on review comes standard with the fitment of LED daytime running lights that frame the fog lights and features funky 16” alloy mag wheels.

Inside, the GLS now adds Bluetooth and cruise control to the already extensive specification list. The leather-trimmed steering wheel is adjustable for reach and height, and is equipped with switchgear for the sound system and newly added cruise control.

Additional features include automatic climate control and a USB socket for playing music from flash drives or portable media devices. A keyless operation system is a highlight and unsuspected feature in this category of car. It allows keyless starting and stopping, as well as unlocking and locking of the doors as standard. I’m currently reviewing a BMW X5 that costs over R1M and keyless entry is an optional extra- no joke, so high five to the Swift. Dynamically the Swift is on par with its competitors and in some respects better. The ride is supple yet sporty. The steering easy to use yet offers the driver a fair amount of feedback, making the drive of the car that much more sporty. The 1.4 engine is a gem. It never feels flat or underpowered, it is always eager to accelerate and dart in and out of city traffic. The Swifts 5-speed manual gearbox is not the car’s best feature and there is on occasion (especially on the freeway), that the car feels like it could do with an additional gear. But it’s perfect for city use.

The cabin of the slick city roller is decidedly upmarket. It has a Subaru feel about its layout, which is easy to use and pleasing on the eye. In fact as an owner of a MINI Cooper Hatch that costs over 50k more, I believe that the Swift actually has a better interior and a higher level of standard equipment. On the down side as with a Subaru, connecting to the integrated Bluetooth system is decidedly frustrating and best figured out using the owner operating manual. 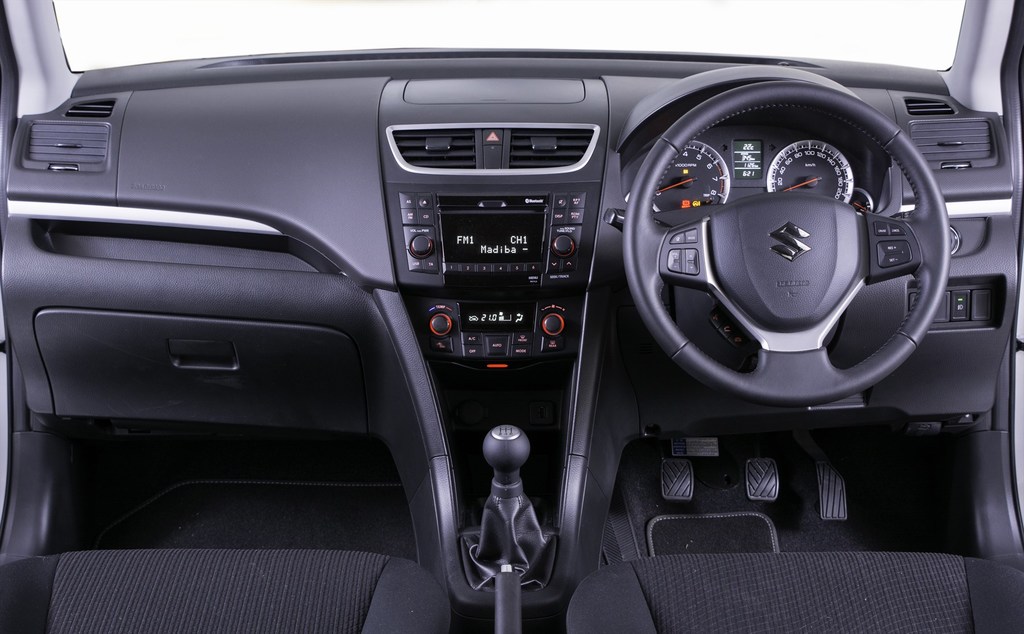 The Swift will comfortably seat four adults, a host of water bottles and a couple of school bags and sports kits. If you are going to help someone move house, don’t rely on the compact boot to carry much more than the basic essentials. To be fair, no car in this class has a considerably sized boot. The VW Polo probably has the one of the better boots.

The Suzuki Swift is covered by a comprehensive 3yr/100 000km warranty, supported by six year corrosion cover. A 3yr/60 000km service plan is standard, as is a three year AA roadside assistance plan.

The Swift scored five stars in the EuroNCAP crash test. These safety standards are enhanced and obtained by the standard fitment of dual front, side and curtain airbags.

The purchase price includes metallic paint as well as the Suzuki Complete Programme, which covers the full spectrum of after sales support.

I dare you to be different. Stand out from the crowd. The Suzuki Swift is a great little car with a big heart.

The VW Polo is a German and well built, but does little to get my heart racing.

The Renault Clio is a beaut. By far the most attractive car in this class and loaded with features. The Current Clio is also Renault’s best-selling car and it’s well deserved. I do think that the Swift will outlast the Clio in terms of longevity, but not many consumers keep their cars over ten years in South Africa.

The Ford Fiesta is the driver’s car in this bunch. If you are looking for a fun car that likes to be thrown into a corner or two, then the Fiesta is your car.

So would I buy a Swift? Yes and the 1.4 GLS is my favourite in the Swift line-up.