After having recently driven and reviewing the Suzuki Jimny, which I enjoyed, I was eager to get a feel for its big brother, the Grand Vitara. It is important to note that both the Jimny and the Grand Vitara are not SUVs but real 4 x 4’s.

Suzuki invited me on a 4 x 4 training course which gave both practical and theoretical knowledge, when venturing on difficult off road environments. I would like to elaborate; you see an SUV is just that, a Sport Utility Vehicle. Meaning, that even though a SUV and a 4 x 4 are similar looking, they are different. SUV’s are basically elevated and pumped-up station wagons masquerading as 4 x 4’s. Real 4 x 4’s on the other hand are designed to climb up and down large scale ascents and descents without scraping or ripping off their body panels. SUV’s aren’t! Where Suzuki is clever is trying their hand and merging the two concepts and retailing their products at competitive prices. The Jimny is the smallest most competent 4 x 4 on the market. Its cute looks appeal to a person who may never test the tiny-tot to its limits, but enjoy its aesthetics and utility. And let it be said that after doing the 4 x 4 training at Bass Lake with the Jimny, I’m happy to put my head on a block. The Jimny is most capable small 4 x 4 on the market.

The third generation Grand Vitara is essentially a step-up from its little sibling. It is larger in every respect and a comfortable day to day commuter. Visually the Vitara is understated and less about Avant guard styling and more about good old fashion practicality. Don’t misunderstand me; it’s a smart and good looking vehicle. The interior features quality materials which are all understated in their design and layout. Again simple but practical. The cabin is capable of accommodating four, six feet tall adults in comfort. The Vitara features a 200mm ground clearance which means you might split your skinny jeans getting in and out but it also means that you won’t be scraping the cars nose on anything either. Light heartedness aside, those who choose a Vitara is aware that this vehicle is more than an SUV; it’s a 4 x 4. It is capable of climbing up and down obstacles that are graded type one to four. 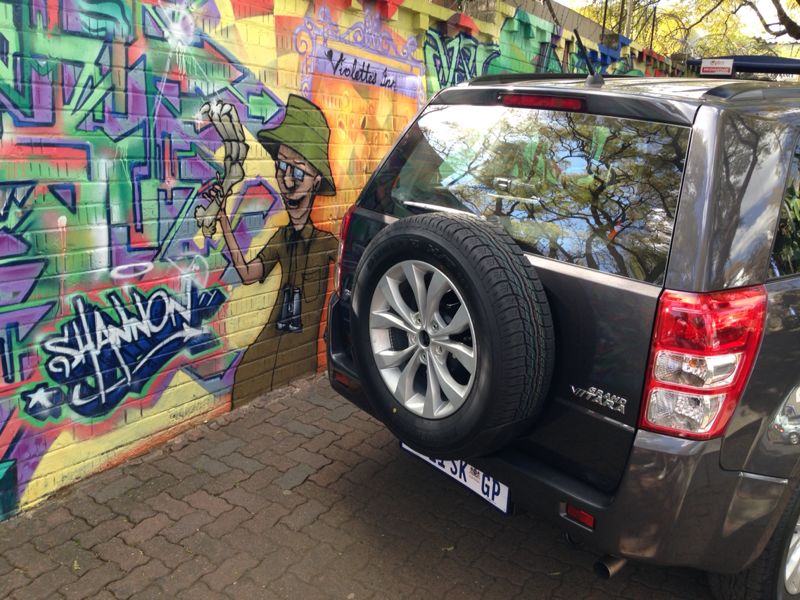 Ride and handling are pretty good; the ride is a tad on the firm side but give the car a sporty road manor. The steering is nicely weighted, making parking an easy affair. Visibility throughout the cabin is great with large amounts of square panelled glass. It’s a practical vehicle with easy access to the well sized boot too. The Vitara feels well made, from the feel of the drive through the steering wheel to the turn of a dial in the interior.

On the down side the gear box is heavy and rubbery in action, the 2.4-liter engine give decent acceleration but isn’t the most fuel efficient option. Internationally there is a diesel variant, let’s hope Suzuki Auto SA adds this 1.9-liter to it offering. The Nissan X – Trail is a tried and tested family 4 x 4. It is a Nissan so reliable but rather boxy and best in diesel variation. The Honda is the ultimate ‘Mom’s Taxi’. It’s refined and not bad on the eye. Don’t expect it to do heavy duty 4 x 4 ing though. The CRV is also best in diesel variation. The Grant Vitara is well priced and a capable off roader. If you intent on taking your Vitara off road and you’re not an experienced 4 x 4 veteran, rather splash out on the Summit models, both auto and manual feature anti-skid control which makes obstacles a breeze. The Dune model which is being featured is best left in the hands of a skilled off-road driver. The lack of anti-skid control means that if your entry and departure angles into the obstacle are not maneuvered with snake like accuracy you won’t make the obstacle. Note I am not a 4 x 4 veteran, rather a junior in fact. In the hands of the skilled, the Grant Vitara Dune is more than enough machine to get the job done. Though the 2.4-liter is punchy, I can’t help but wishing Suzuki offered their 1.9-liter Turbo diesel unit too. 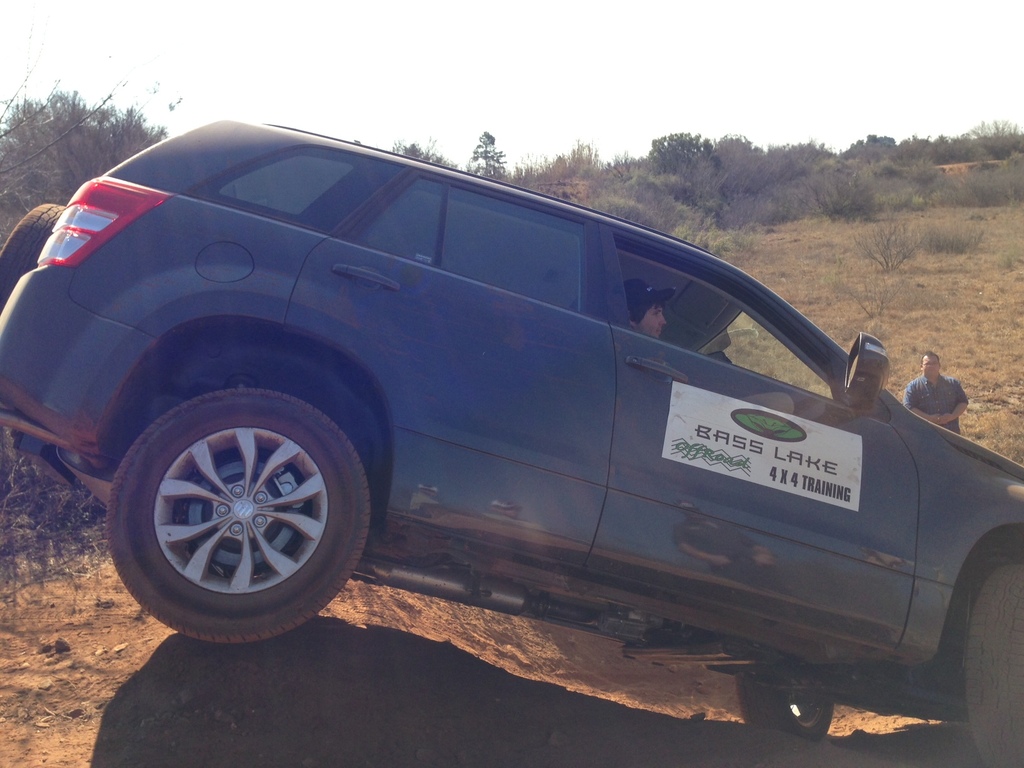