Softer Side of Colour Blocks Colourblock has appeared on dozens of designers' runways for the last three seasons, but it's not all about Mondrian-style squares and hard-lined panels. As Carey Mulligan proved in a skin-baring Rocksanda Ilinicic frock at Comic-Con last week. The trend can be sweetly feminine and softly sexy as well. From Gucci's artfully-draped Spring 2011 versions to the Fall 2011 Grecian styles on offer from Carlos Miele and Costello Tagliapietra, here's a look at the softer side of colourblock. 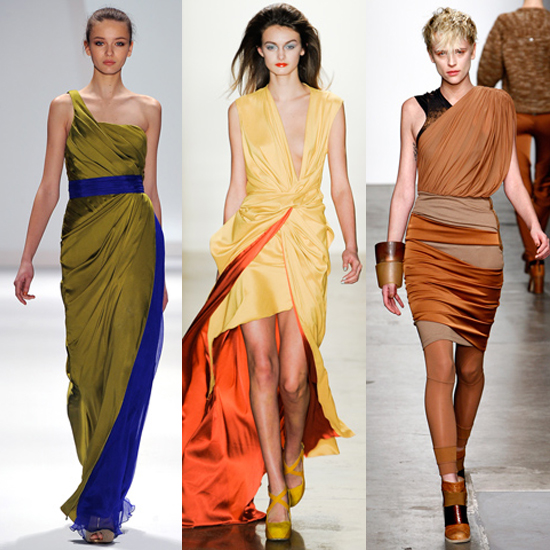 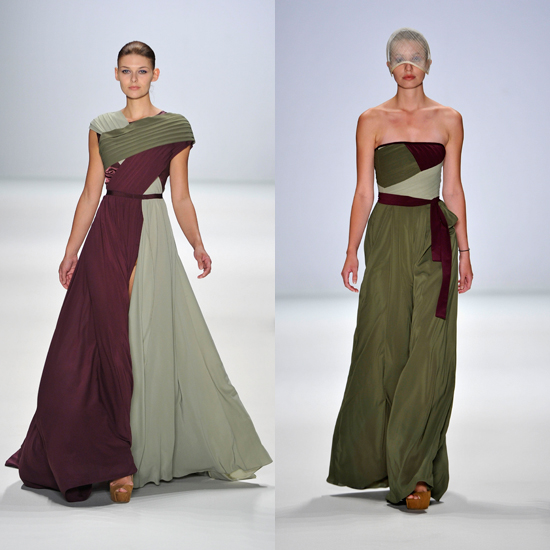 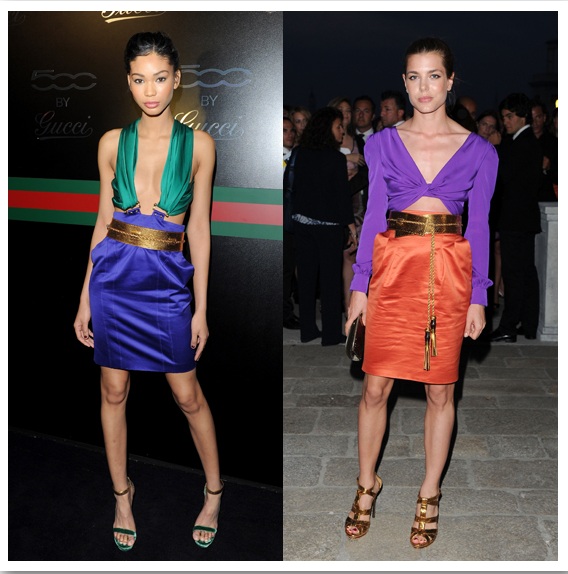 Gucci's Spring 2011 versions of the trend were a favourite on the red carpet and fashion magazine covers. Chanel Iman (left) and Charlotte Casiraghi (right) both appeared in different versions of the collection's skin-baring frocks earlier this year.
source:fashionologie