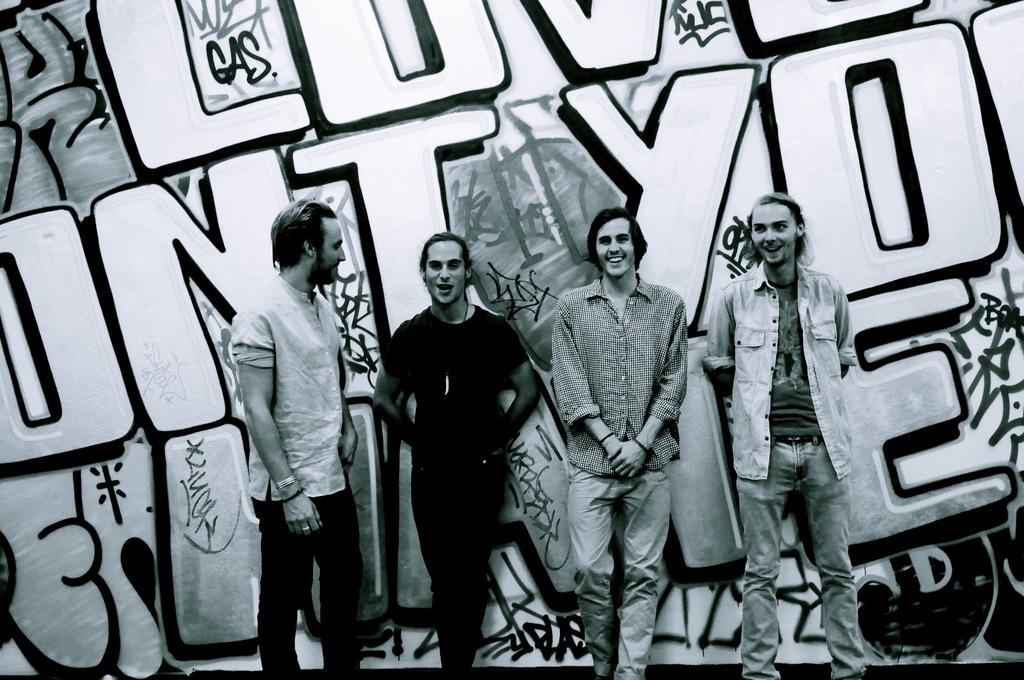 Photo taken on a NIKON D300S

The Bioscope was the venue for Holiday Murray's first performance in Jozi. The idea behind the event was to let fans ask questions of the band to get a better insight into the music and the band themselves. The sound was brilliant I thought, I heard some voices of concern from the band, but really it was damn good.

I hadnt heard of them before this night and I am so glad that I now do. I listened to a few tracks online to get an idea of the sound, I got a kind of indie vibe from them, which they have now blown out the water. The music they played in 3 segments "always" "sometimes" and "now" was beautiful, not Indie beauty but ethereal beauty. Long winding soundscapes taking you on a journey of your emotions. The music itself is strong enough to carry the band, but from time to time they all sing together in a passionate exultation.

As I listened, 2 bands came to mind, Explosion in the Sky and Mogwai. Mogwai probably being a stretch, but Explosions in the Sky is a band I felt Holiday Murray possibly take inspiration from and if not that, have listened to them. Holiday Murray does though, have a significant South African sound, especially in the guitar of James Tuft. Each person in the band seems to control the underlying power of the music so well. I want to say I was more impressed with member "X" but as I write I note that all the guys are amazing, the musicianship is really something special.

Go see their shows in Jozi (and a couple in PTA) here:

I am going to Wolves on on Thurs!