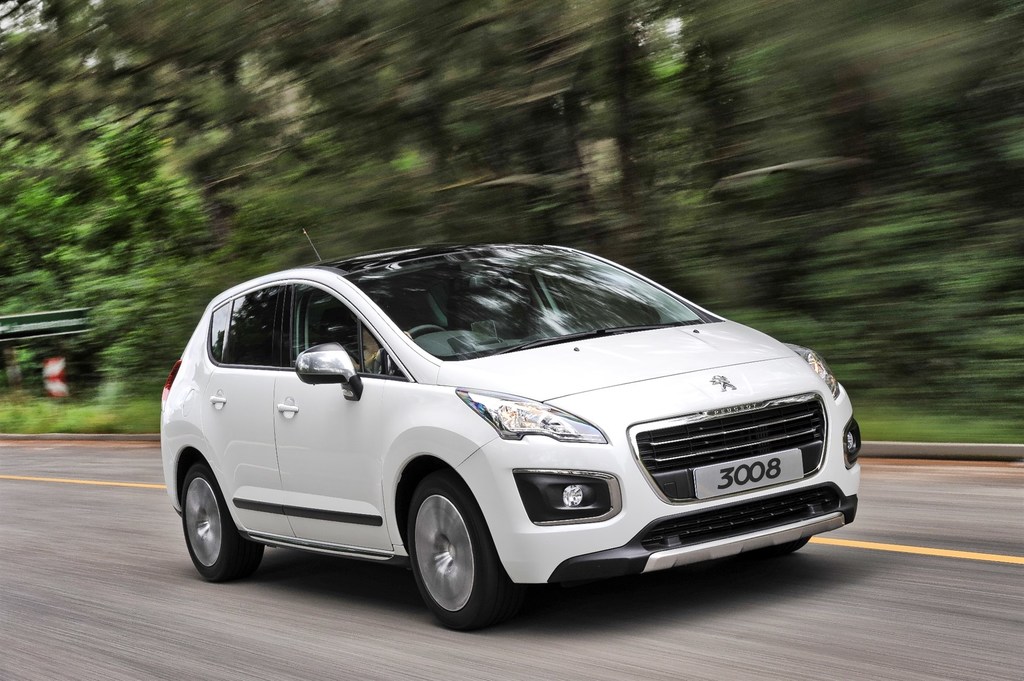 Walk around the 3008 and you notice its friendly nature. It’s motherly in a comforting yet fashionably edgy way. The 3008 is a larger elevated version of Peugeot’s sporty 308 hatch. The 3008 isn’t an SUV but rather a multi-purpose vehicle also referred to as a crossover. Think of it like this, not as extreme as a cross dresser, but rather like a multi-talented person able to do a variety of tasks.

3008 now sports Peugeot’s new look ‘face’, featuring a floating grille and à la mode LED daylight running lights. All of which were first introduced on the 508 sedan and compact 208 hatchback last year. 2014 is all about chrome for Peugeot. It’s like their magic mascara used to highlight their sculptural silhouettes. These silvery accents run the length of the roofline and highlight the upper edge of the glass area. Even the exterior mirrors follow suit and sparkle proudly.

The rear taillights have also been fiddled with. They are darker and also feature LED elements that creates a three-dimensional effect, making them now up-to-the-minute. Like all Peugeot products, it’s unique. Love it or not, it’s not like any other vehicle in its class. It’s that off the wall design ethos that makes me enjoy French vehicles.

The 3008 has been designed for families on the go. Open its five and a half doors and it’s easy to see that there is comfortable seating for five adults, and enough space in the boot to moonlight as a moving company. By folding down the rear seats, the 3008 is transformed into a cavernous cargo carrier with a load capacity of up to 1 604 litres which will accommodate objects up to 2.62m long. Can you say, “I can carry a fridge”? Access to the rear is also a dream. The rear hatchback splits in two just like a full body Range Rover and can support up to 200kg when folded down. 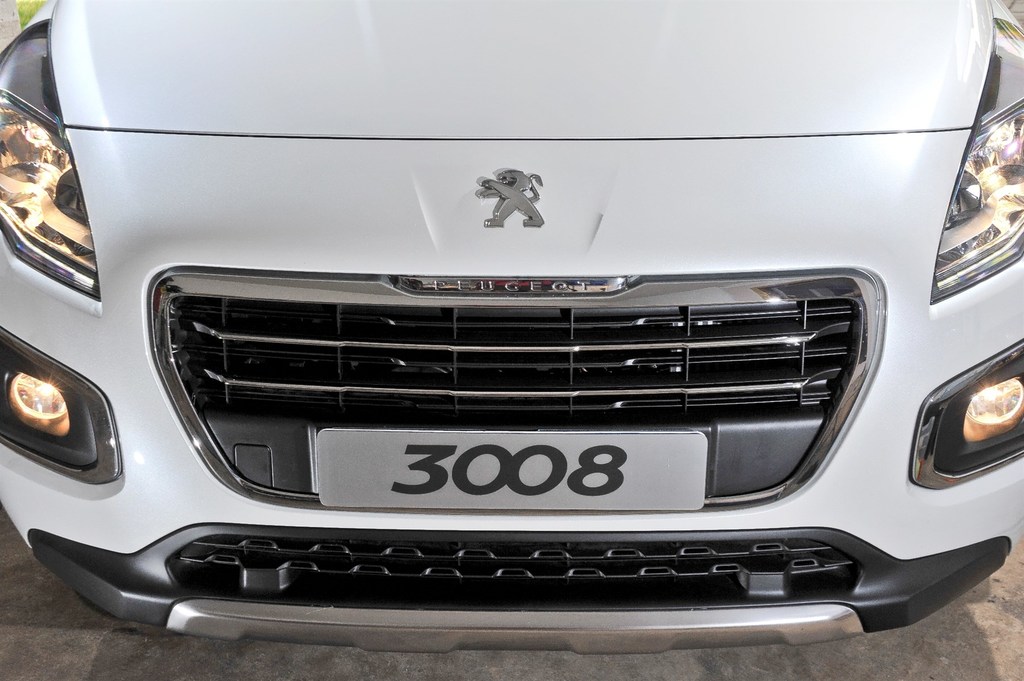 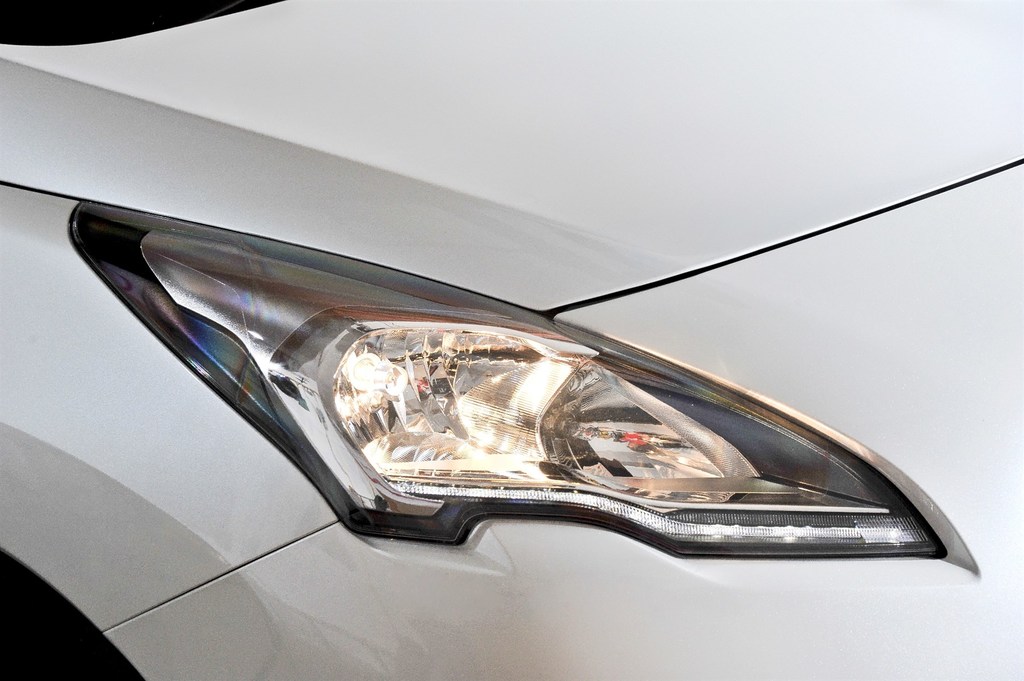 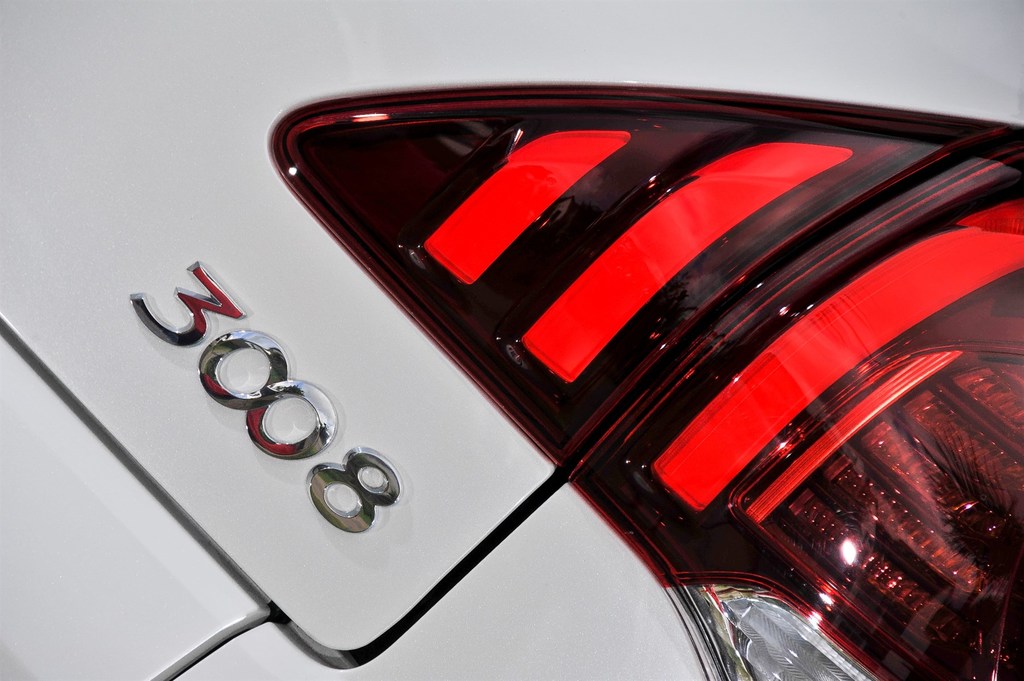 The 3008 has a placid and tranquil nature. It brings out a relaxed character in one. Rush hour traffic jams become a place where you admire the tequila sunrise coloured sunsets of the Highveld winters, especially with its huge panoramic glass roof.

Its 2.0 turbo diesel engine happily powers the 3008; it effortlessly accelerates while maintaining low levels of noise. The 3008 features a 6-speed automatic gearbox and slices through each gear fluently. It uses its first five gears regularly and only when cruising will it silently slip into its last gear, which is an overdrive gear designed to save fuel.

The 3008 comes standard with a host of great features. The chilly mornings in winter gave me the opportunity to try out the heated seats which do a lovely job of heating up the comfortable leather. The range topping Allure model also comes standard with a heads up display system that’s designed to key relevant information in easy access of your eyes’ focus without you having to take your attention off the road in front of you. An additional nifty feature that monitors the cars in front of you, measuring the physical time between the two cars and flashing a hazard signal when you’re getting dangerously close to the car in front of you. 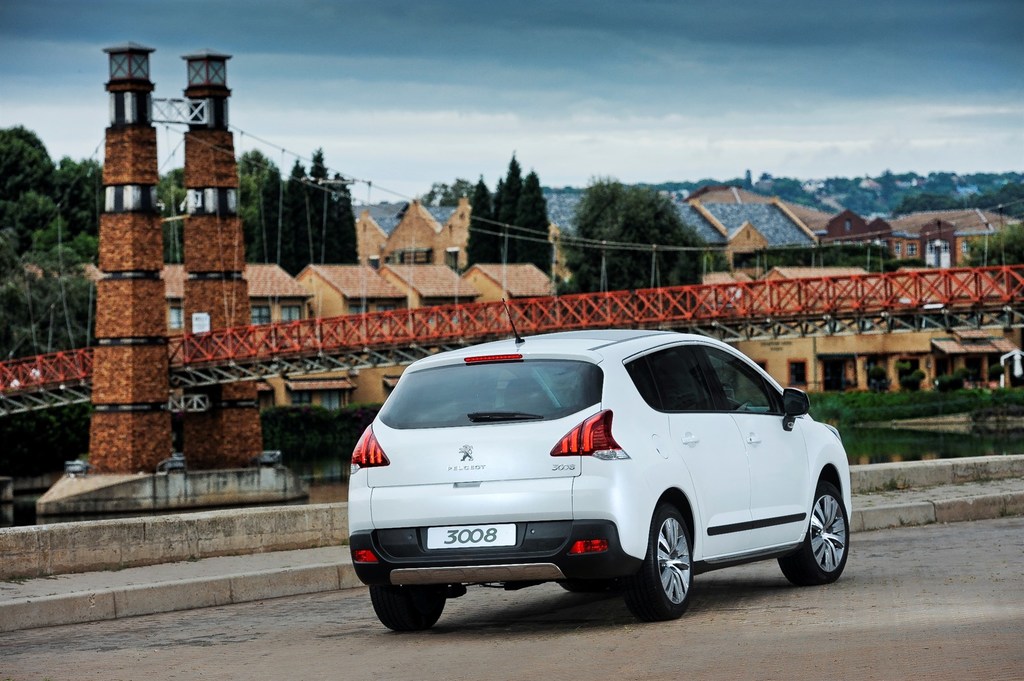 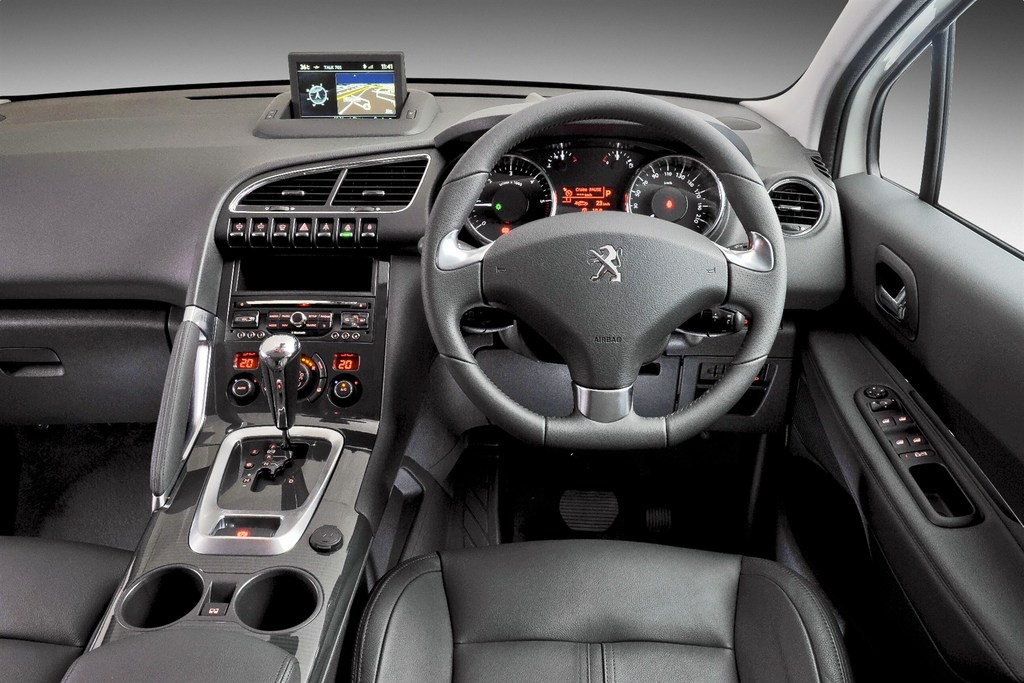 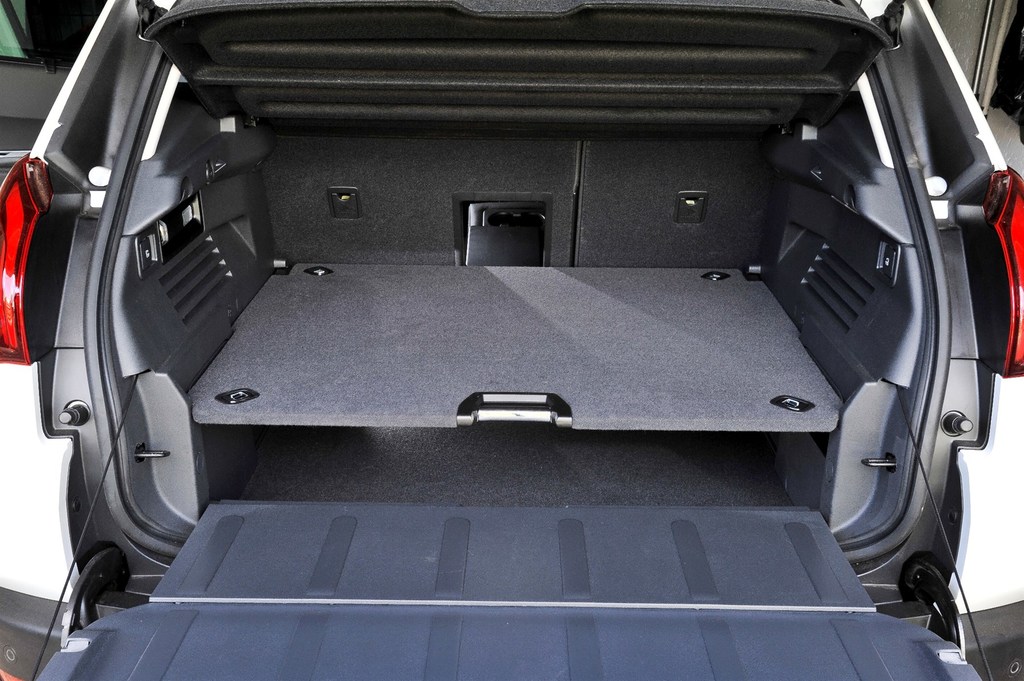 The Peugeot 3008 comes standard with 5yr/100 000km maintenance plan. Safety is a priority for Peugeot, as such the 3008 scored 5 stars in the European crash test named EuroNCAP.

So the Qashqai is a good buy, but on its way out. Its replacement is immanent and will probably be a tad more expensive than the outgoing model it will replace.

The B-Class is German, so it’s beautifully built. That means all the money went into building it and little was left for the standard nice-to-have gizmos. To get the B-Class as well equipped as the Peugeot would mean adding thousands to its price tag, making it a pricey option.

The Kia and Hyundai are cousins, so they share the same chassis and engines. Both have recently had cosmetic procedures to refresh their looks. These two Koreans have their ducks in a row and mean business. Problem is they are selling lots of them and you are less likely to standout in the crowd with either of these two options.