Paris is an astonishingly striking city, even on an average day but when the spirit of Christmas time  arrives, the city takes on a whole new life with celebratory street decorations and fountains decorated with twinkling lights. Over on the Rive Droite, Maison CHANEL glitzed up Printemps‘ Christmas window displays giving you a taste of travel. Designed like a world tour, each of the 11 windows is transformed into a diverse city from Tokyo to Los Angeles to Venise as we enter “Rêves d’évasion”. Complete with iconic memorials created in Chanel’s famed rue Cambon workshop, the lively puppets from ballerinas to air hostesses dance around Lagerfeld, who himself stars in various forms from designer to photographer. The chic Chanel designs further cement Chanel’s place as one of France’s favourite fashion houses. 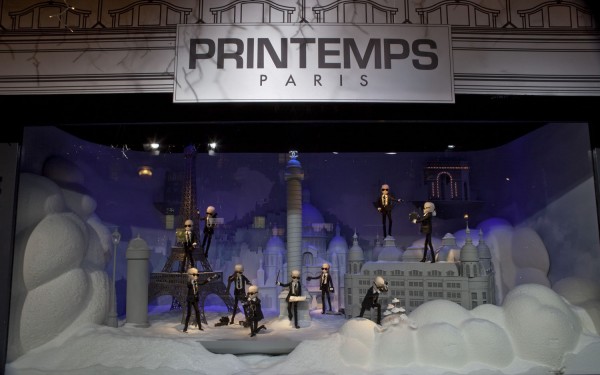 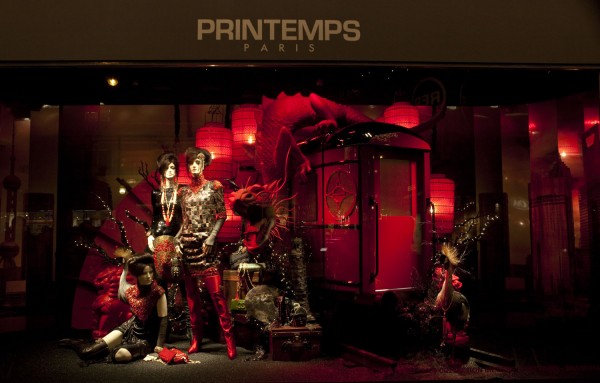 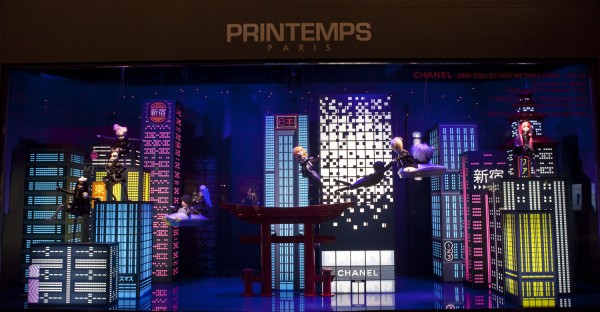 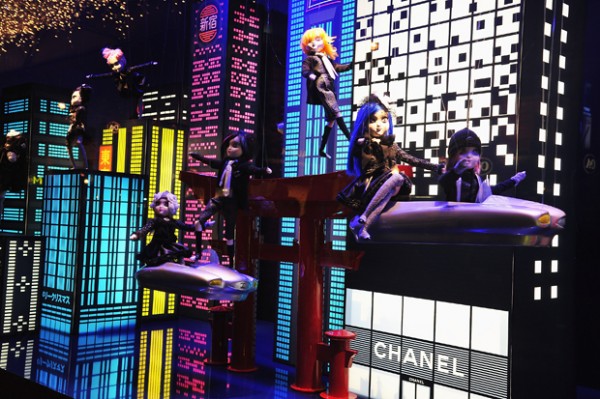 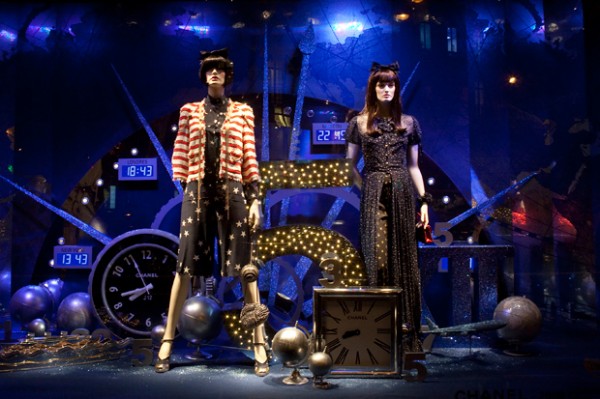 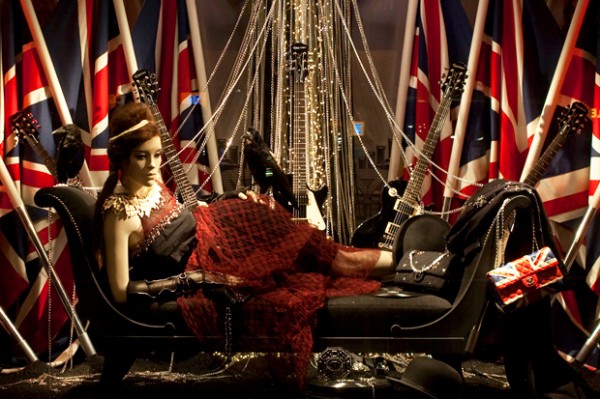 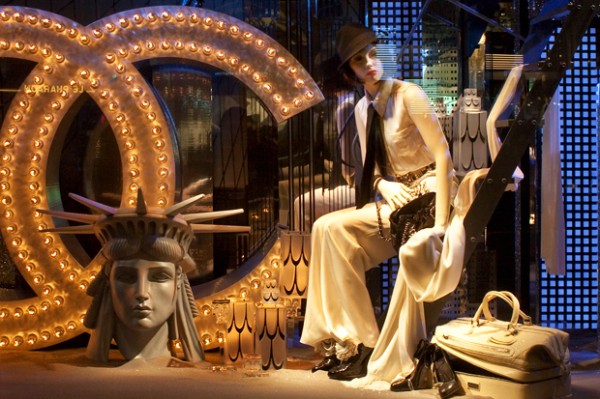 Not to be beaten by its neighbour, the unmatched Galeries Lafayette paid respect to two of the city’s great loves with a ‘Rock ‘n’ Mode’ Christmas theme. Mini puppets “kouklistars” rock the day away in cocktail dresses though not before having their hair blow-dried and styled in sequins by their equally tiny counterparts. Most certainly Très à la mode! 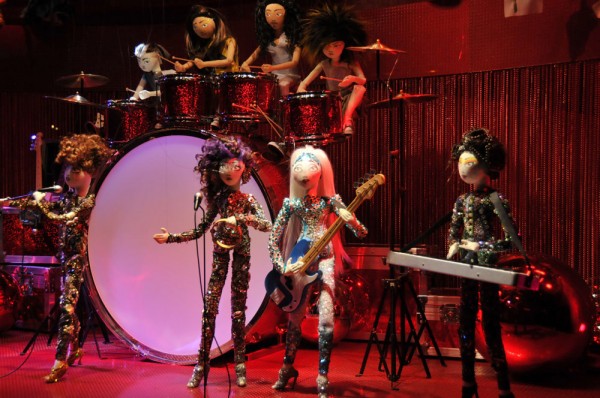 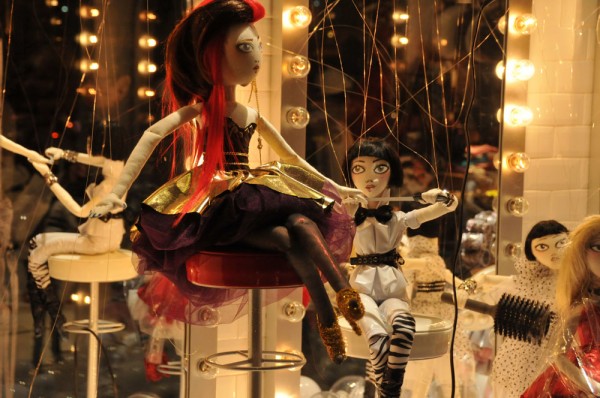 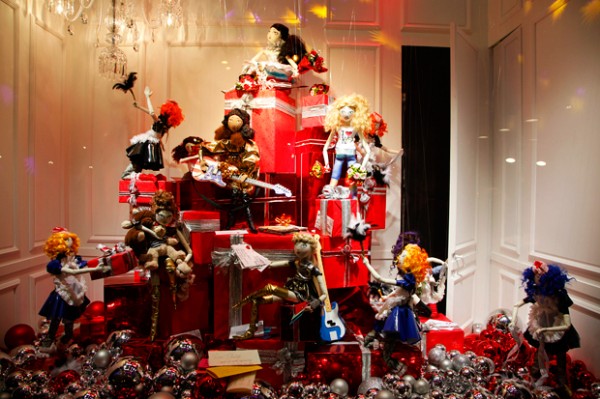 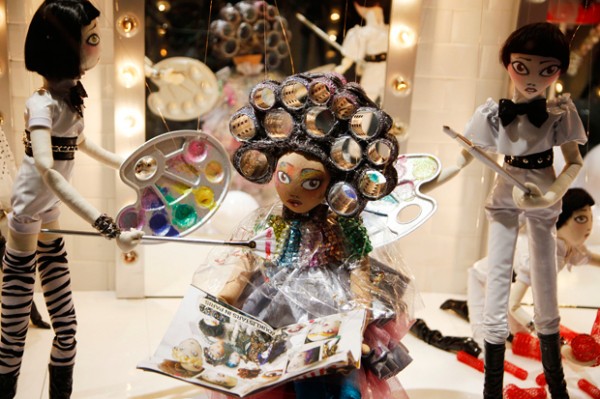 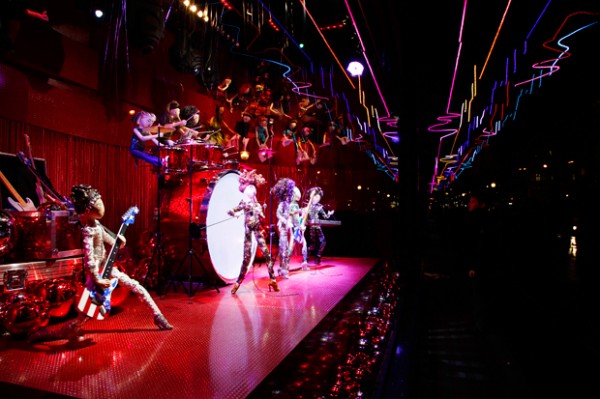 Tempting consumers on the Paris’ Rive Gauche is the city’s first department store, Le Bon Marché, which can be seen blocks away by its flashing Christmas lights. The classy Christmas window fittings are rather more high-tech than one would expect as modern artist Bertrand Planes’ installations fill the windows, telling a four-part “Les histoires d’étoiles” described by well-respected French fashion film-maker Loïc Prigent. 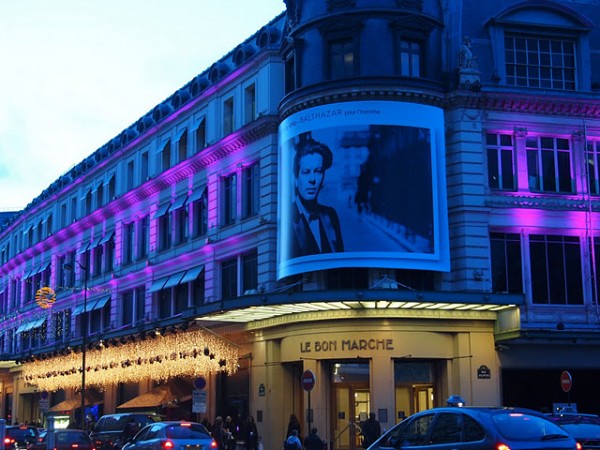 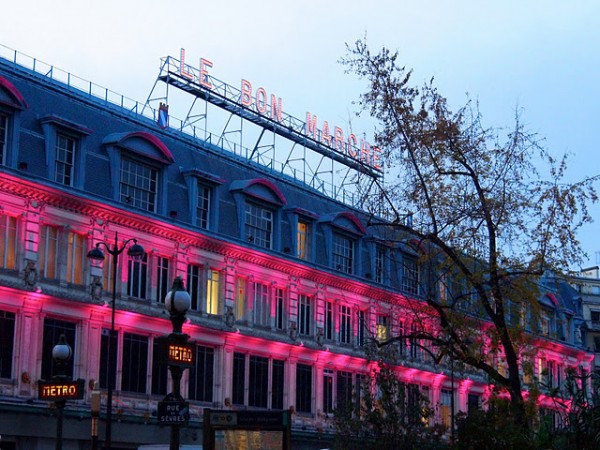 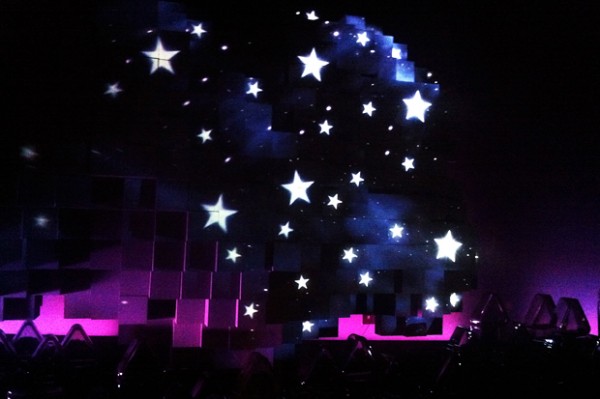 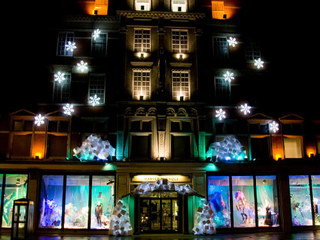 Would love to hang out in these windows!