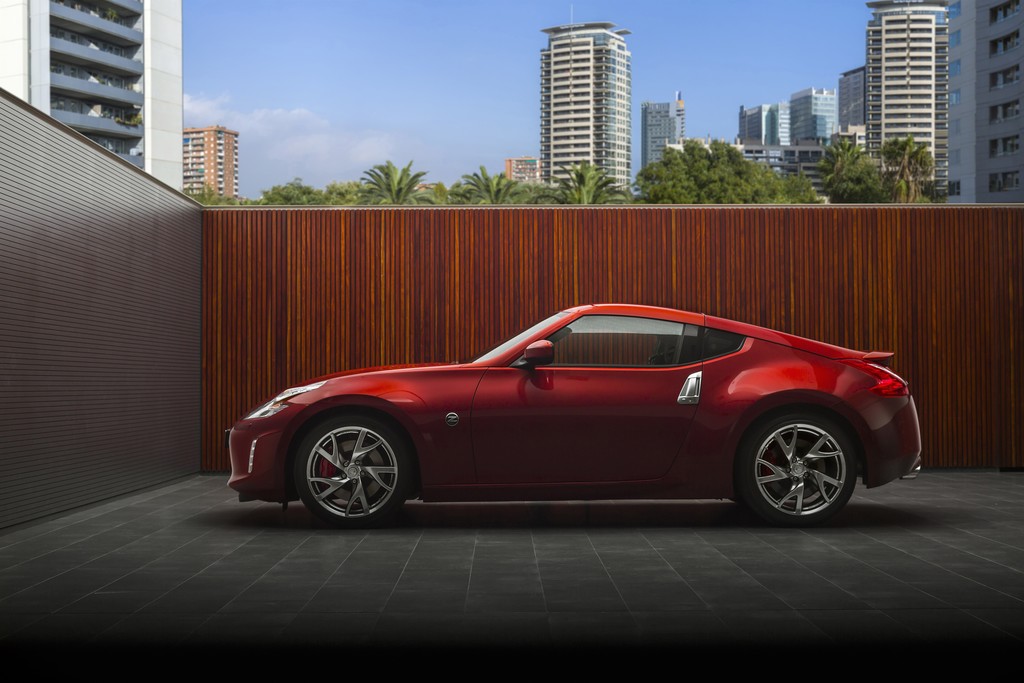 Sports cars are desired by many and only realised by those with lots of money and an additional practical sedan or SUV. Not forgetting superheroes, these fictional characters first brought to life on a cartoon page and animated for the cinema screen.  Any self-respecting superhero drives a fast, sexy custom made sports car. Generally speaking, their cars are as eccentric as their garb: gullwing doors, roadster long bonnets and shark like gills are all common place in their design.

Perhaps it’s these fictional characters and their vehicles which lead to the creations we have on the road today? One thing is for sure, the kid in us that is drawn to the dynamic struggle of good prevailing over evil never dies. We all have a little 007 in us and that is where a sports car becomes the physical manifestation of our alter egos.

The Nissan 370Z stimulates such fantasy. It’s bold, aggressive and masterfully flamboyant lines fit with an emotive design language that belongs to a character that saves the day. Ironically the Z logo of the car makes it that much easier to pinpoint possible superhero ownership. Do you recall a dashing black clad, masked outlaw who defends the people of the land against tyrannical officials and other villains? Any guesses? Not only is he too cunning and fox-like for the bumbling authorities to catch, but also delights in publicly humiliating them. Got it? Zorro! 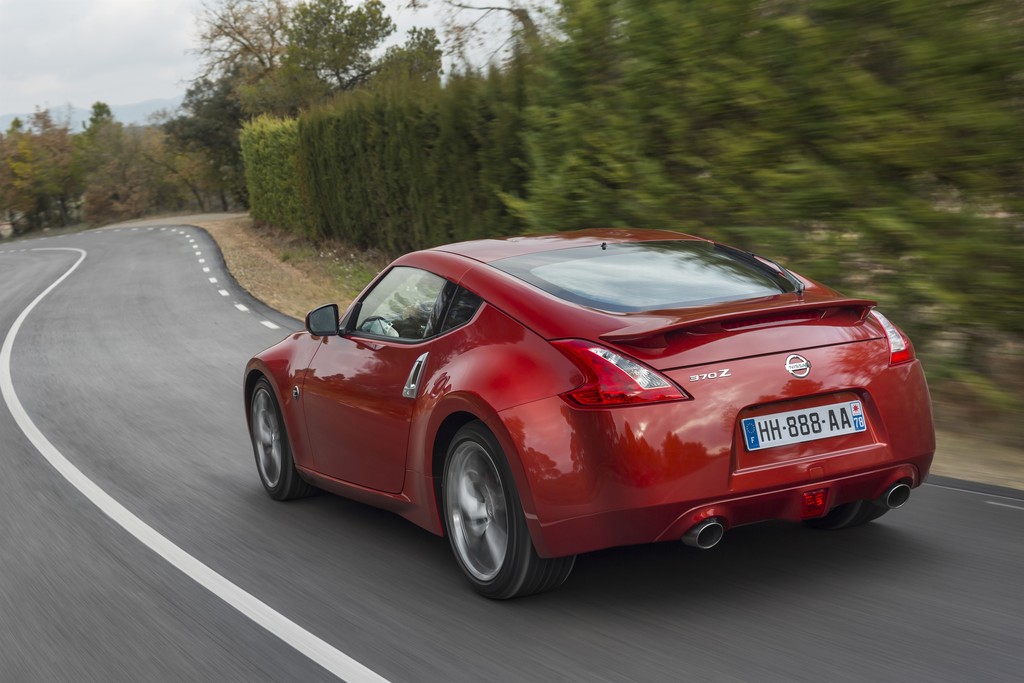 Nissan’s 370Z was launched in 2009 and comes with a 45 year history. The Z-car, a name plate that denoted the brand’s two door sports car began in 1969 with the Datsun/Nissan 240Z. Six generations later, the 370Z chronicles five other iconic sports cars that are an important part of sports car history. The 370Z is the most advanced and arguably the most attractive Z-car made, with hints of a Maserati gran coupe in its front side profile and Porsche DNA in its rear side profile. Minor tweaks have been made to the car for 2014; its aggressive front bumpers now feature horizontal LED’s and the dashboard houses an easy to use touch screen infotainment system, with a standard navigation system. 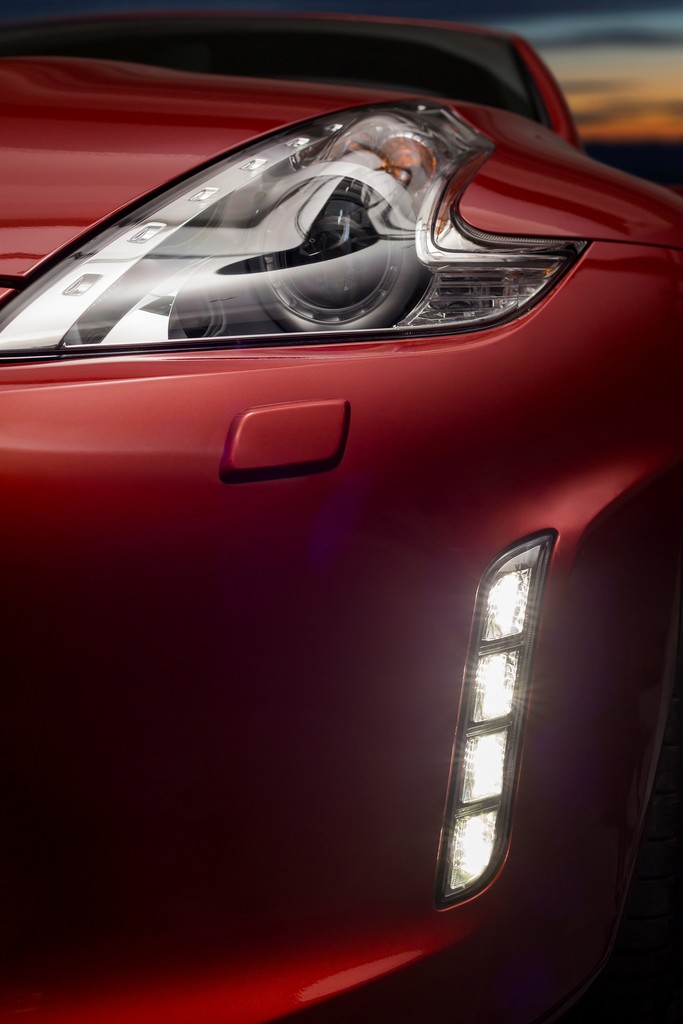 Solid, heavy and secure are three words that describe the feel of the 370Z, which is driven by a 3.7 V6 engine. The Z features a keyless opening and starting system that operates via its remote key. Pushing the ‘start’ button awakes an audible gargle from the power plant that delicately raises the hairs on the back of your neck. The sound is marvellous.

Being a large capacity engine you expect high levels of power, and with 245kW on tap leaving fellow road users in the dust is but an easy tap of your right foot on the accelerator. The problem though is testing in Johannesburg at about 1 750m above sea level. If you have ever climbed a high mountain you will know that even you feel like a flat pancake once your head is in the clouds. The altitude also affects the 370Z’s performance; it is fast but it doesn’t feel as fast as the numbers would suggest.

The Z is beautifully composed and the feedback through its leather clad steering wheel precise. Where you point it, it goes. Plant your foot on the accelerator through a corner and its fat rear tyres begin to come unstuck (aka over-steer). It’s a feeling that doesn’t create nervous tension, but rather exhilaration. The fancy computer aids put the Z’s ass back on rails within milliseconds, but in that tiny moment of superhero mischief it generates glee.

The breaks are phenomenal, probably the most reassuring I have ever driven.

The 7-speed gearbox does a fair job of slicing through each gear and keeping the cars temperament controlled, but I have experienced better automatic gearboxes like Porsche’s benchmark PDK and BMW’s 8-speed. They are faster with a greater sensation of effortless mastery.

The Z would be a better beast in manual.

The interior of the Z is a sophisticated suede and leather cave, highlighted with illuminated switch gear that operates every bell and whistle you could want. Everything is standard, none of this optional extra nonsense that all sounds good until you notice the added R100k plus price of your extras list. This really adds to the value of the car; additionally there wasn’t one rattle or creak for the interior. This you would expect, but let me point out that Audi’s TT, Mercedes-Benz’s SLK, BMW’s Z4 and Porsche’s Cayman that I have driven all had rattles! 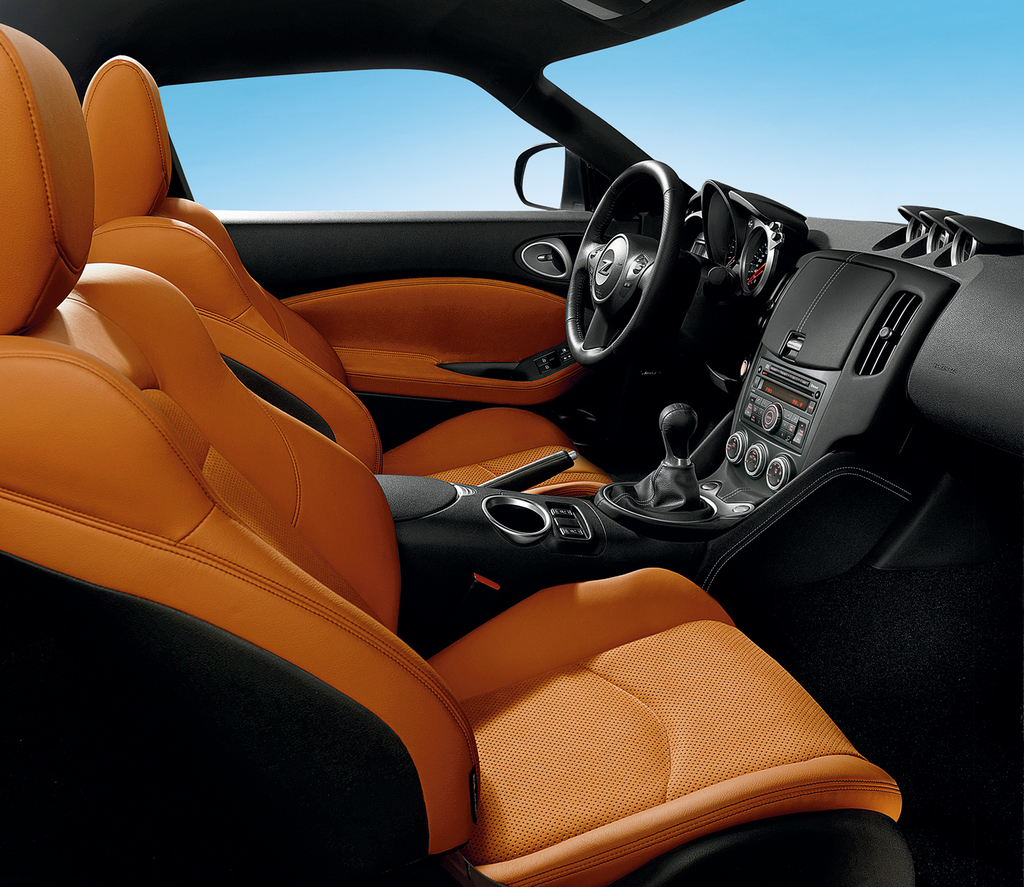 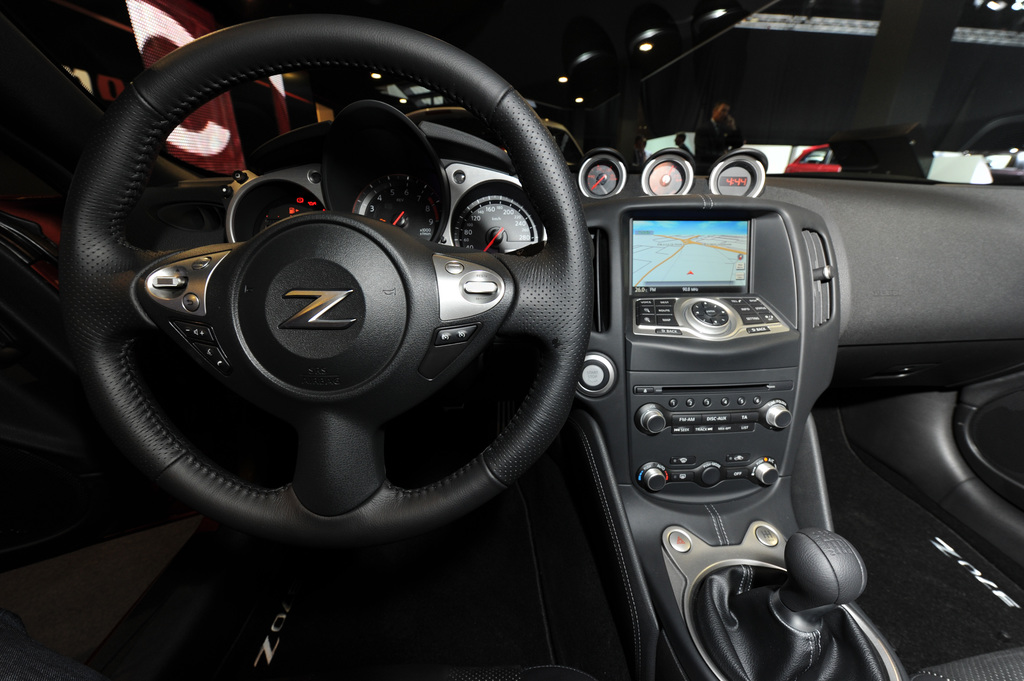 What I am not mad about

Seeing a sports car on the roads these days is a rare affair. I’m not sure why, but I could only presume that with the weakness of the rand, the cost of fuel and sporting nature of some sedans and SUV’s, they really are like a dessert during a Banting Diet fad, unnecessary. Pity though, because like a dessert, they are the delectable treats in the automotive world.

The Porsche Cayman is the best all-rounder and won the title as the South African Car of the Year for 2014. It’s the most expensive and comes with very little in the ‘standard equipment’ department.

You would think the Z4 and SLK are possible competition, but high performance sedans like the BMW M235i and Mercedes-Benz CLA45 AMG cost similar money and deliver just as many thrills too.

The Merc comes with a 4 Matic all-wheel drive system; it is super quick but also expensive.

The M235i is possibly BMW’s best value for money ‘fun’ car. It is loads of fun, well priced and a very compelling competitor for the 370Z but not as beautiful as the Z.

Anyone for a manual Zorro mobile?