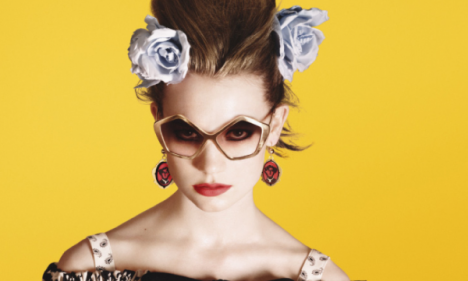 It sees models transforming themselves into dresses and features surrealist cinema influences such as reverse-speak and dreamlike sequences.

The film also introduces viewers to the new Miu Miu Cultes sunglasses, which can be pre-ordered now at miumiu.com with a retail price of $390.