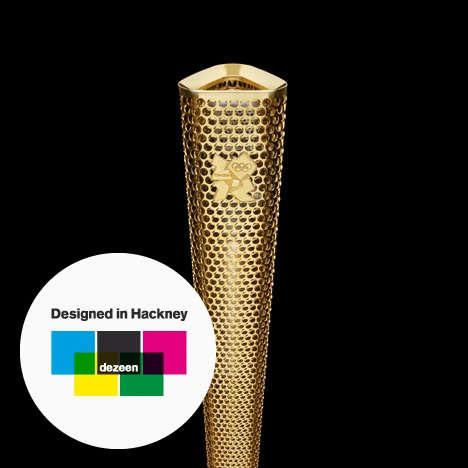 First up is the London 2012 triangular Olympic Torch by BarberOsgerby which has been fashioned out of aluminum alloy and perforated by 8000 circular holes that represents the 8000 torch bearers that will take part in the Olympic relay, which will pass through the world class architecture regions of Hackney on Saturday 21 July 2012.

The design was unveiled within June 2011. “BarberOsgerby”, is the collation of the two designers Edward Barber and Jay Osgerby, they founded their studio in 1996 after graduating from their masters in architecture at the Royal College of Art in London. Isokon, the producer of the Loop Table was the first to see the production lines, appearing as a continual loop of plywood that drifts off the ground at one end. Since then, the pair has worked with international brands such as Vitra, Established & Sons, Flos, Cappellini and Sony. Within the area of Hackney, Dezeen will showcase world class architecture and design that was created in the region, which is one of the five host areas for the London 2012 Olympic Games. 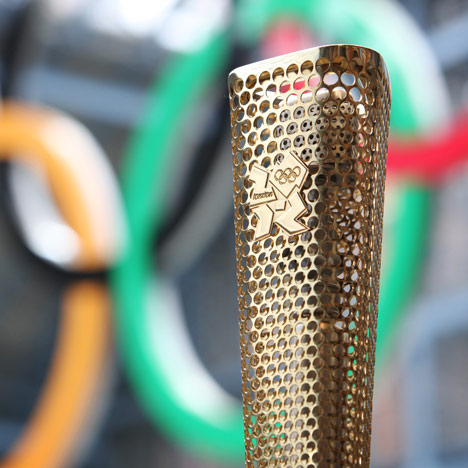