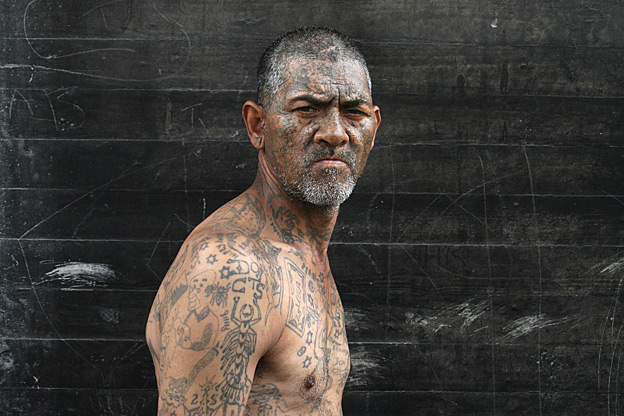 British-born photographer Araminta de Clermont's riveting photojournalistic series of South African gang members as they are released back into society.

This series is an exploration into the tattoos, and lives, of members of South Africa’s ‘Numbers’ prison gangs (the 26s, 27s & 28s) after having been released back into society, normally after many years, if not decades, of imprisonment.

Tattooing has always been forbidden in the South African prison system, with severe penalties, but the drive to create these marks is so strong that tattooing equipment will be created somehow.Pigment will come from grinding up rubbish bins, industrial rubber washers, batteries, or bricks. This will then be mixed with saliva, and will be pushed under the skin with nails pulled out of furniture, or sewing needles.

Tattoos may convey rankings within the hierarchy of the Number, may be testimonies to a crime committed, or may sometimes be a rather more personal statement: like a message of blame, threat, or regret, or a tribute to a loved one. A “Numbers” gangster can read another’s life story simply through the markings he has. The gallows symbol signifies that the bearer faced the death sentence, before it was outlawed. Many of the most highly tattooed men that I photographed, had been given the death sentence, before Mandela’s reprieve, and thus they had never believed they would be released, never imagining “a life after’. 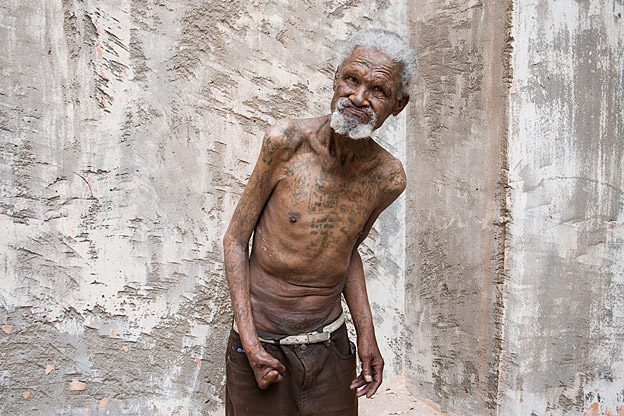 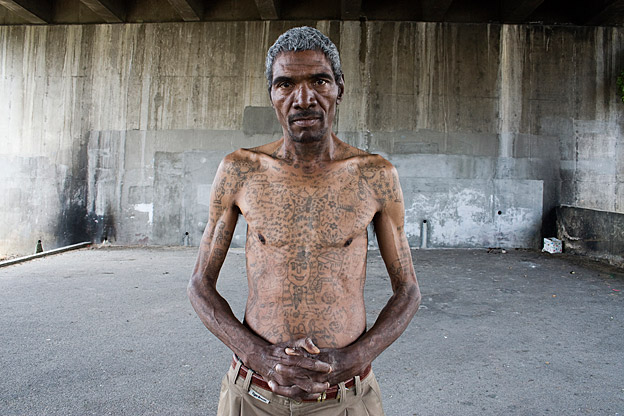 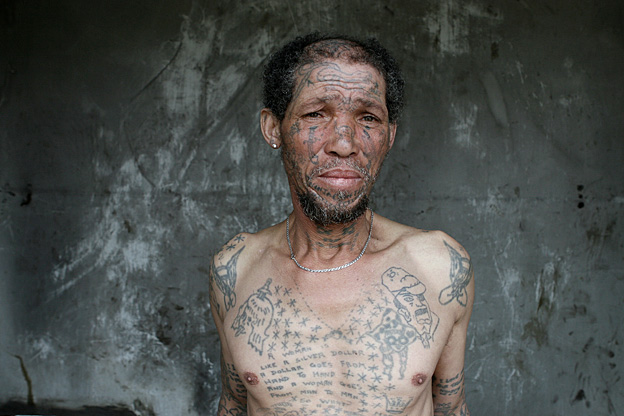 YAKUZA - A Rare Look Inside 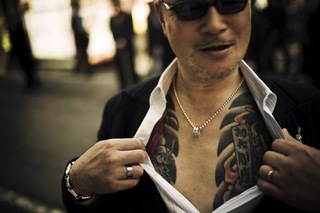