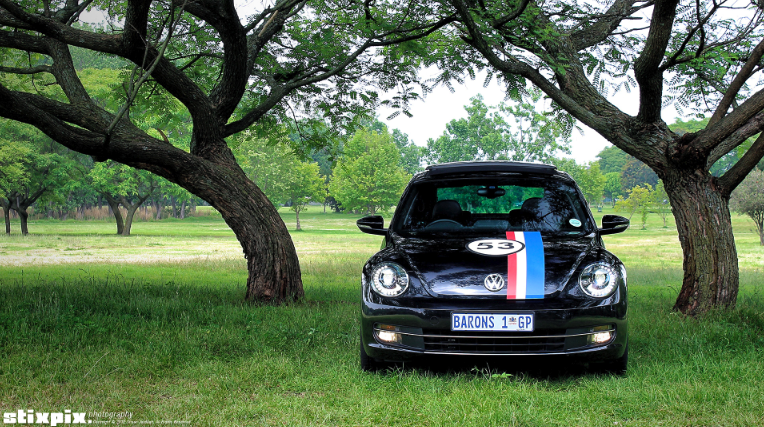 I was rather eager to see what VW had done with the third edition of the iconic Beetle. Iconic is a word I genuinely mean, launched in the 1930’s, the first generation VW Beetle was apparently penned by Adolf Hitler on a paper towel. With almost 60 years of production, 21 529 464 were sold, ending its manufacturing run in Brazil in 2003. To put that into perspective, it’s like Joan Rivers career span, only without all the facelifts. It was a car made for the people: practical, economical to run and affordable to purchase. And the world loved it, even though time, gravity and the rest of the world had caught up with the little bug. Hence it was time to introduce the next Beetle.

The second generation was technologically up to scratch with the rest of the cars on the road back in 2003, but was not a “people’s car”, but rather a bit of a Pansy- sporting a faux daisy popping out of a dash mounted plastic vase. This marketing strategy failed! What was designed to carry the legend’s name forward, unfortunately appealed to a niche market of trendy females and some “pink” boys. The Beetle 2 cut itself a tiny piece of the car sales cake. In fact, only 2 600 units of the second version were sold in South Africa. 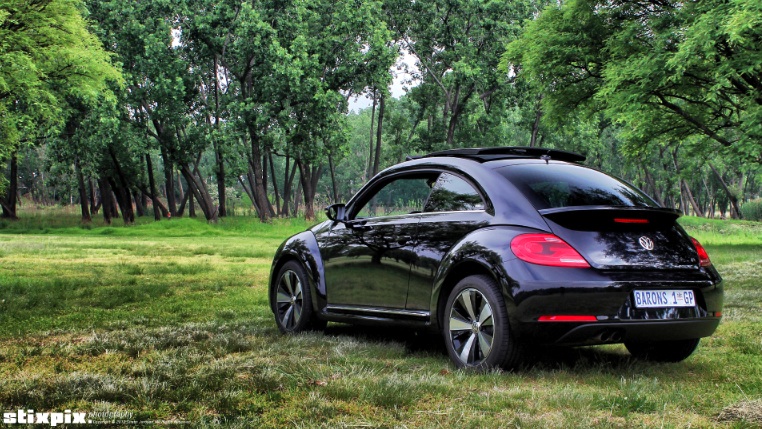 So the third child (v3.0), also known as the 21st century Beetle has a lot riding on its broad shoulders. The pressure to perform has created what can only be described as a by-product of a Ménage à trois between the original Beetle, the Pansy Beetle 2 and the boyish styling of the VW Scirocco. The third generation Beetle is evidently a much more meaty and masculine car, which its marketing brochure notes as “It’s a boy!”. Gone is the bubble roofline and cute rear end. Now it’s square, sharp, muscular and athletic. This new butch v3.0 is a mixture of classic details like the oversized speedometer and panel mounted glove box and current up-to-date 2012 technology. 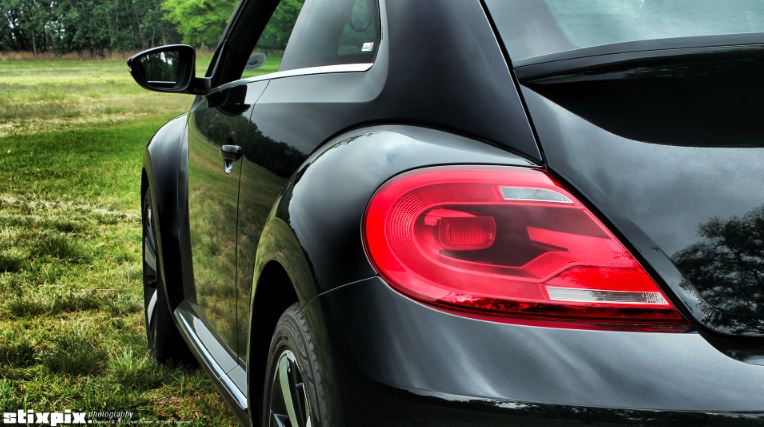 The new Beetle is currently available in two engine variations:

I was given a “Sport” 1.4 TSI manual that is essentially the top of the line model for the time being. This could be out staged by a 2.0 TSI (147 kW turbo) later on.

The Beetle is well built and being part of the VW family means that parts are shared from its cousin, the Golf. This makes the feel and drive of the new Beetle very similar to the current Golf. Some journalist have remarked how this is a sell-out, lessening the cars uniqueness. I on the other hand, say that if the original car was designed as a people’s car. A lot has changed in the last 60 years- the Golf is probably more accurately described as today’s people’s car. The v3.0 Beetle is designed for those who want more than just a well-engineered car. The car market has been fertilised over the last decade with cars that are retro and design forward in their thinking. It is this reason that I feel the new Beetle will be better received and better sold than its predecessor. The Neofundi readers, in my mind, are such people who would purchase the latest version because they are unique design lovers, quirky and keen to make a statement.  If I take this into consideration, then the Beetle has two main competitors: Mini that is also in v3.0 and the stupéfiant (French for amazing) Citroën DS3.

All three cars make their own statement about those who drive them. Each one is uniquely designed and has its own personality, but the Beetle is the original. 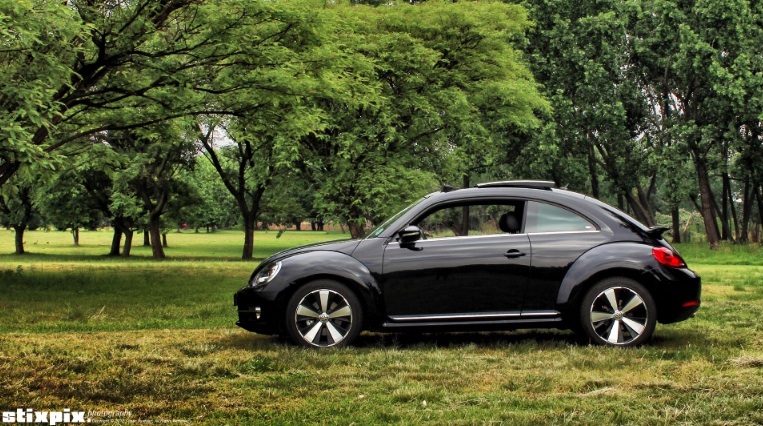 The 1.4 TSI is fitted with both a super charger and a turbo, so don’t be fooled by the fact that it is a 1.4. The Beetle has plenty of “oomph” in city driving and is able to dart from robot to robot in quick enough speed to keep the “It’s a boy!” title. Handling is surefooted and feels like a new pair of Nike roadrunners on fresh tar. The Beetle brakes as well as a kugel when she hears that there are carbs in her sugar free muffin- immediate! Storage is fair, but this car isn’t designed to be a panel van. You have a variety of compartments on the dash in which to hide your wallet or protein bar for after gym. Boot space is good in comparison to its two competitors. Pop the hatch and fold down the back seats, and voila! You will be able to fit at least two or three large suitcases. If you were doing a lift club with you friends, be warned that all six footers need to sit upfront while the petite friends will sit snuggly in the rear. 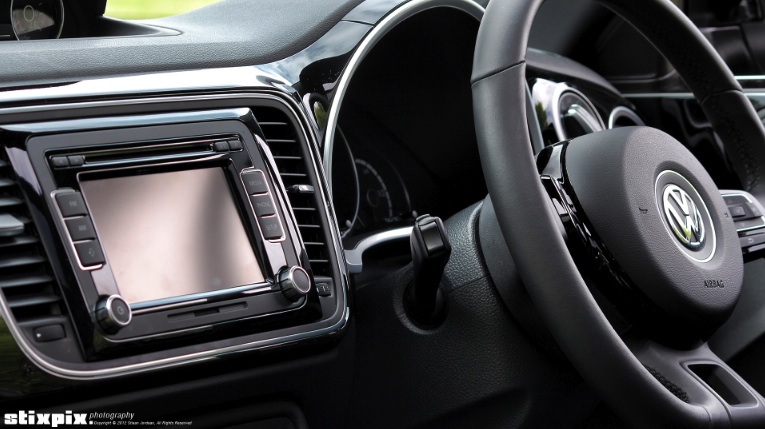 Be sure to option the Fender sound system for outstanding audio quality and iPhone and iPod adaptor at R8 000.00. Other entertaining highlights on option are a panoramic glass sunroof, which and tilts and slides for a breath of fresh air at             R 8 800.00. I also loved the additional boyish dash mounted racing instrumentation with stopwatch (for point-to-point dashes) and gauges for oil temperature and turbo usage at R1 200.00- which is a small price to pay for some gimmicky fun.

To find out more about this retro original, contact Shaahid Amod (Barons Woodmead) on 011 208 8000 or email him at shaahid.amod@baronsvw.co.za.