Keeping up with the times has its pros and cons. Technology abounds, bringing with it fast-paced innovation. A downside is that more is more, and it is never enough. Audi’s wave of technological innovation starts with its pinnacle vehicles – the A8, Q8 and A7 models. These innovations trickle down the model lineup. The new A6 is next in line to boast the benefits.

Its clean and handsome lines, which appear like a well-tailored suit, distinguish the new A6 apart from is competitors. Not too bold – its aesthetics DNA is in line with its A8, A6 and A4 siblings, all bearing a strong family resemblance. The A7 and A5 are the more unique siblings in the sedan family line-up. Not that this is a shortfall of the car, but rather a classic distinction, which will also allow the new A6 to age better than some of its more creative rivals. Locally, the A6 range is driven by two turbocharged diesel motors and one petrol motor: the 40 TDI   S tronic, a 2.0-l 4-cylinder with 140 kW and 400 Nm, next up is the 45 TDI quattro, a silky-smooth 3.0-l 6-cylinder with 183 kW and 600 Nm. The flagship model, for now, is the S6 TFSI a 2.9-l V6 331 KW and 600 Nm. I drove the 45 TDI quattro and can say this is an outstanding motor – quiet, powerful, efficient and supremely refined. I have driven the other two motors in too albeit in other Audi vehicles and can confidently attest to their overall excellence. The A6 is easily the most comfortable vehicle I drove this year. This was enhanced by the option of air-suspension, but conversely compromised by its optional gorgeous 21-inch rims that are fitted with thin low-profile tyres and stiffer and lower suspension. My statement regarding comfort is a testament to the A6’s ride comfort especially with the poor roads in Johannesburg. It is your choice  – option smaller 18”, 19” or 20” rims with a larger profile tyres or get those stunning larger rims and opt for the fancy air-suspension to maintain that limo quality ride! 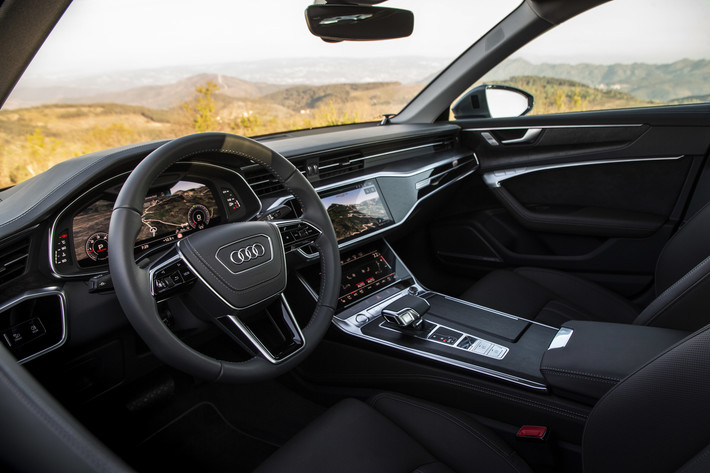 Refinement is further echoed throughout the cabin’s insulation. Whisper quiet. Speaking of the cabin, this is a highlight of the car. Like that of the A7, the cabin looks chiseled out of rock. The dashboard floats sculpturally while being draped and clad in stitched leather, soft touch plastics and trimmed in chrome and aluminum. Moody lighting is concealed through the cabin thanks to the wonder of strip LEDs. The colour and light saturation is adjustable. 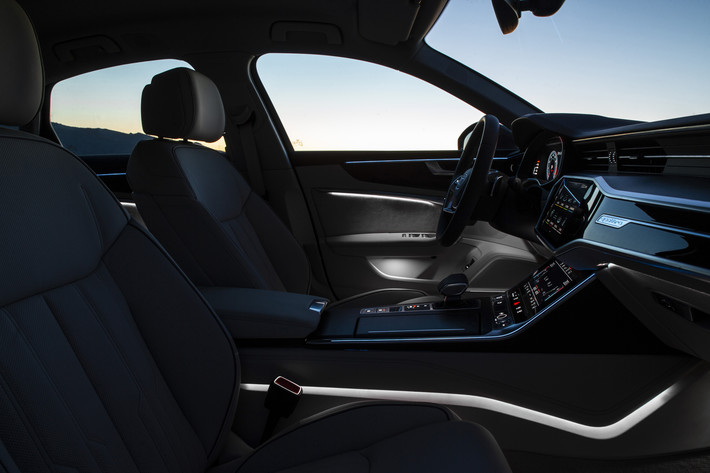 Say goodbye to traditional buttons and hello to two touchscreens with haptic technology – like that on your smart phone that mimics the action of pressing a button. These two screens control all the cars large variety of function, too vast to mention and the climate control and cars characteristic settings. The third screen, Audi’s Virtual Cockpit, which is now a standard affair sits perfectly above the new modern steering wheel that also features multi-function.

So, what is it like to drive? It is a great balance between the quality ride of the Mercedes-Benz E-Class, the athletic nature of the 5 Series BMW and the driving dynamics of the Jaguar XF. It slots in very well between all these vehicles. 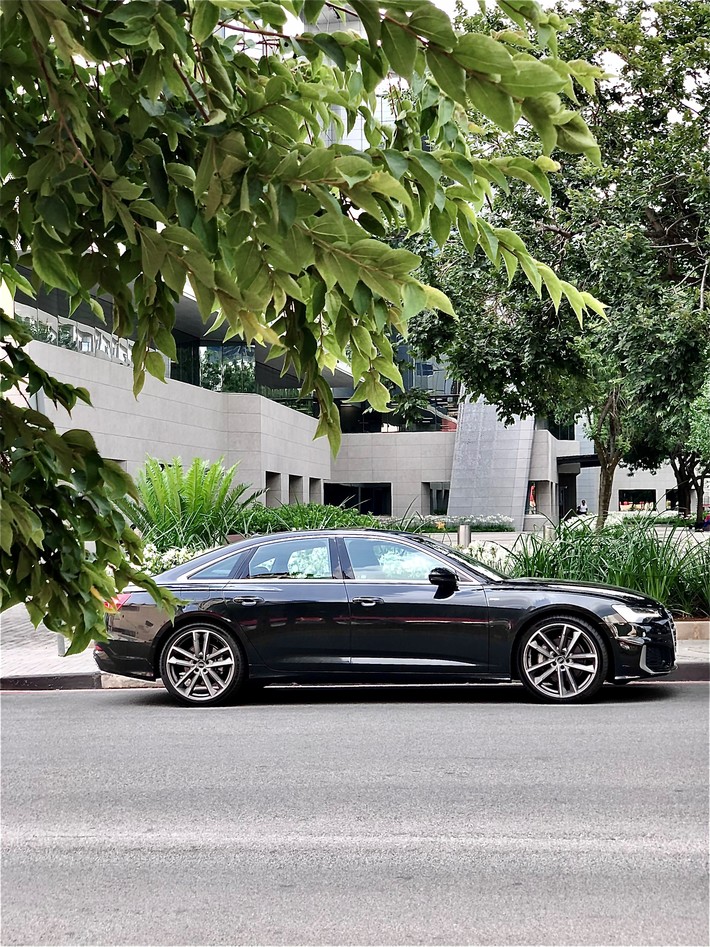 After five generations of A6 that spans the 26 years, the gap by which the A6 trailed its two German rivals, that gap is now so narrow and hard to define. When choosing between the A6, 5 series, E-Class or XF, preference and sales deal will ultimately decide.

The sad thing is that despite the excellence that the A6 and its rivals offer, this type of car – the large executive sedan – is no longer in vogue. In spite of keep up with the times, consumers now prefer SUVs over this type of vehicle.