How 12 Famous Logos Have Evolved Over Time 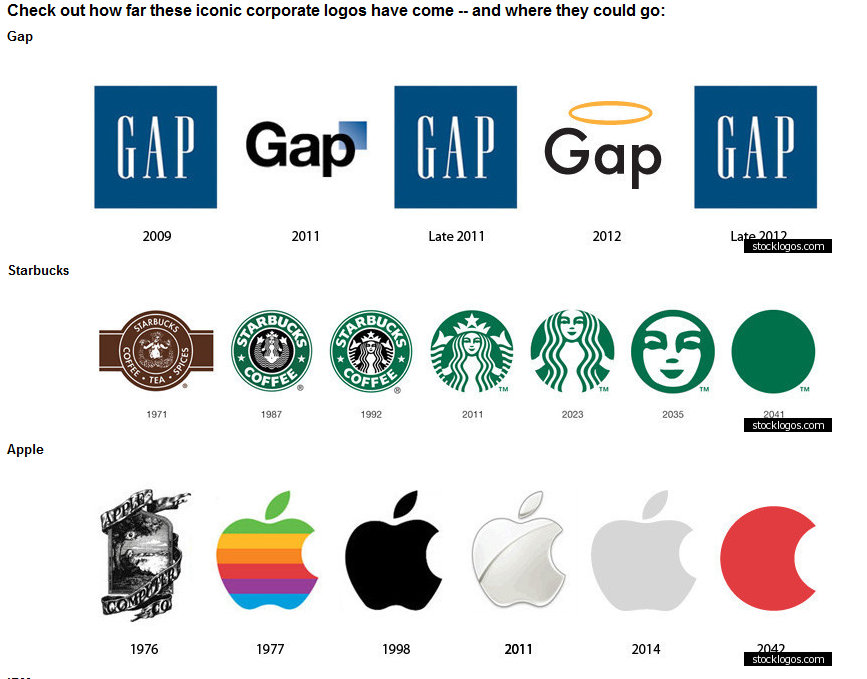 "Nothing wrong with a good logo," someone probably once said.

It'd be hard to prove that hypothetical person wrong, especially when five-year-olds appear fully capable of identifying and interpreting them.

And although there's no one rule to finding the right look, the general trend is firmly toward simplicity.

At least, that seems to be Stocklogos.com Ivan Raszl's point in his graphics depicting the evolution of iconic logos and his guesses for where they're going-the Starbucks logo devolving into a green circle by 2041, IBM a blue block, and Apple an indiscriminate red crescent.

Levity aside, Raszl may be on to something. As design critic Steven Heller argues, "logos should be simple. They should not require a great deal of interpretation." And of course, Raszl's prediction for the Microsoft logo of 2020 is already reminscent of the new logo announced for the company's Windows 8 operating system: A simple square with a cross meant to represent window panes. 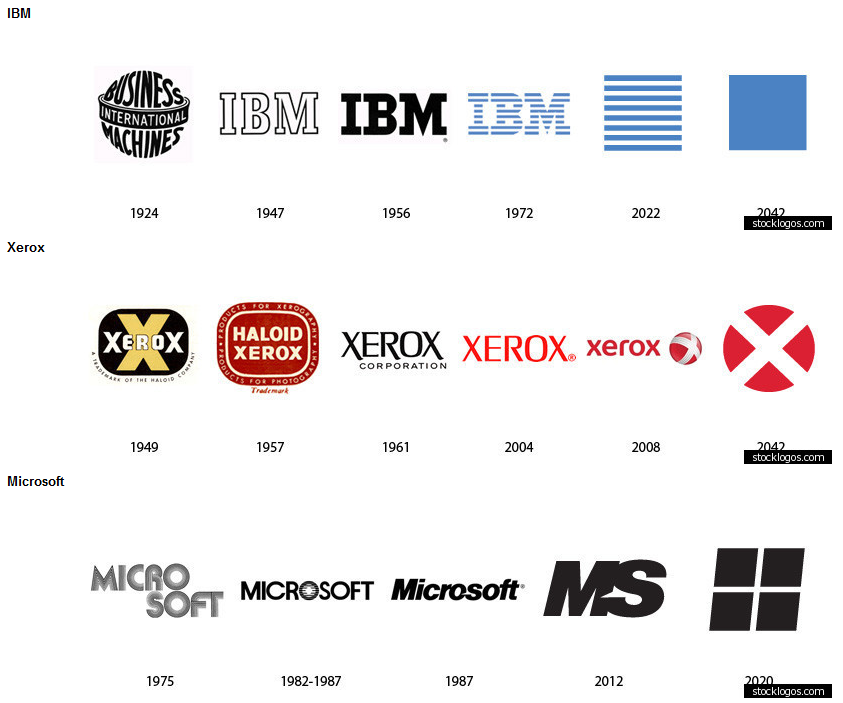