The histroy of Paul Smith might seem amazing to quite a few of you, it was to me. Paul Smith, or better known as Sir Paul Smith began his life in Beeston, Nottinghamshire on 5th July 1946 and basically had no great ambitions with regards to becoming a world renowned fashion designer and textile designer, it just happened. Some people think it was fate, but it was in my books…just meant to be.

At the age of 16 with little plans for his future or education, his father forced him to find a job, it so happened to be that the one he found was at a nearby clothing warehouse in his hometown of Nottingham.  It’s interesting to note that until a debilitating accident that left Smith in the hospital for over six months at the age of 17, Paul was an avid cyclist and had high hopes to make a sporting career out of it (this may well explain the frequently used bike motif).

As the story goes, Paul made a few friends during his hospital stay and on one chance evening ran into them at popular art collage pub. “We spoke of Mondrian, Warhol, Kokoshka, David Bailey and listened to the Rolling Stones, Miles Davis and much more. It was then I knew I wanted to be a part of this colourful world of ideas and excitement.” – Sir Paul Smith

Two years later, Smith was managing a boutique in his hometown with the support of his girlfriend Pauline Denyer (now wife) and what little money they had put aside and opened up a tiny clothing store within the early months of 1970. As the store started to gain popularity, Smith began taking evening classes for tailoring, with the help of Pauline (an RCA fashion graduate), giving him the means to create the clothing that he wanted.

In 1976 Smith featured his first collection in Paris and over 20 years later he is regarded as a superior British designer with stores all over the world.  Paul Smith shops are found in London, Nottingham, Paris, Milan, New York, Hong Kong, Singapore, Taiwan, the Philippines, Korea, Kuwait, U.A.E. – and over two hundred throughout Japan. Paul remains fully involved in the Japanese business; designing the clothes, choosing the fabrics, approving the shop locations and overseeing every development within the company. Paul Smith also has impressive and diverse showrooms in London, Paris, Milan, New York, and Tokyo.” 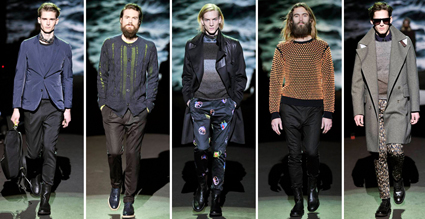 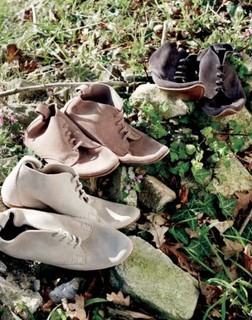