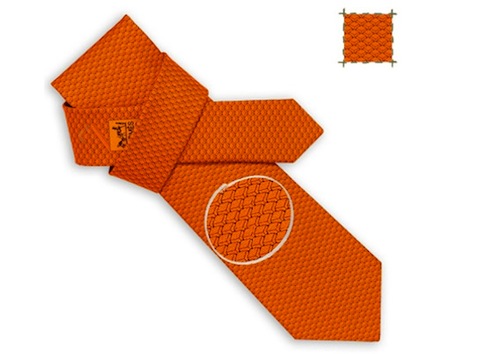 For its Fall 2012, French luxury fashion house Hermes, infused the collection of 8 set of ties showcasing the geeky side into elegant piece of cloth. The highlighting characteristics of these set of ties features designs inspired by computers and tech-related gadgets to quench the wearer’s inner geek.

'8 Ties', as the installation is titled, taps into the digital symbols that have become inextricably linked to a 21st-century world. Pixels, USBs, cable jacks, and binary signs have been analysed and abstracted until the digital references have become charmingly subtle.

The result is a mesmerising movement of graphic pattern, activated by visitors' movements and scored with generative music by Jacopo Baboni Schilingi.

Chevalier, who has worked with computers as a medium since 1978, has also extended the digital experience to the Hermès boutique on the ground floor of Selfridges. A virtual book adapted from his 'Herbarius 2059' work takes visitors on an interactive tour through each of the tie designs, which have been accompanied with texts by philosopher Christine Bucki-Glucksmann.

A USB symbol features in one of the '8 Ties' digital projections by Miguel Chevalier at Selfridges, London

The ties, whose designs are all based on computer technology, are retailed alongside the installation in a new space within Selfridges' Menswear department 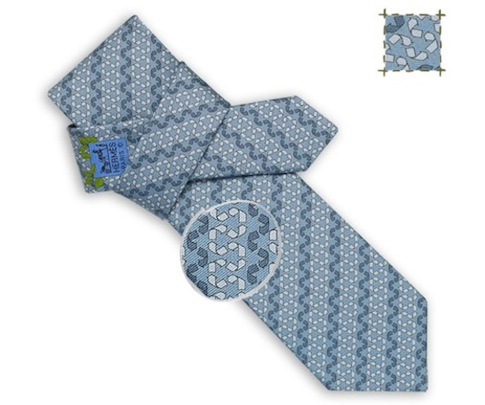 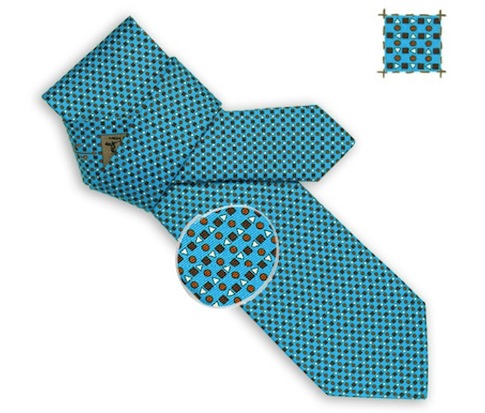