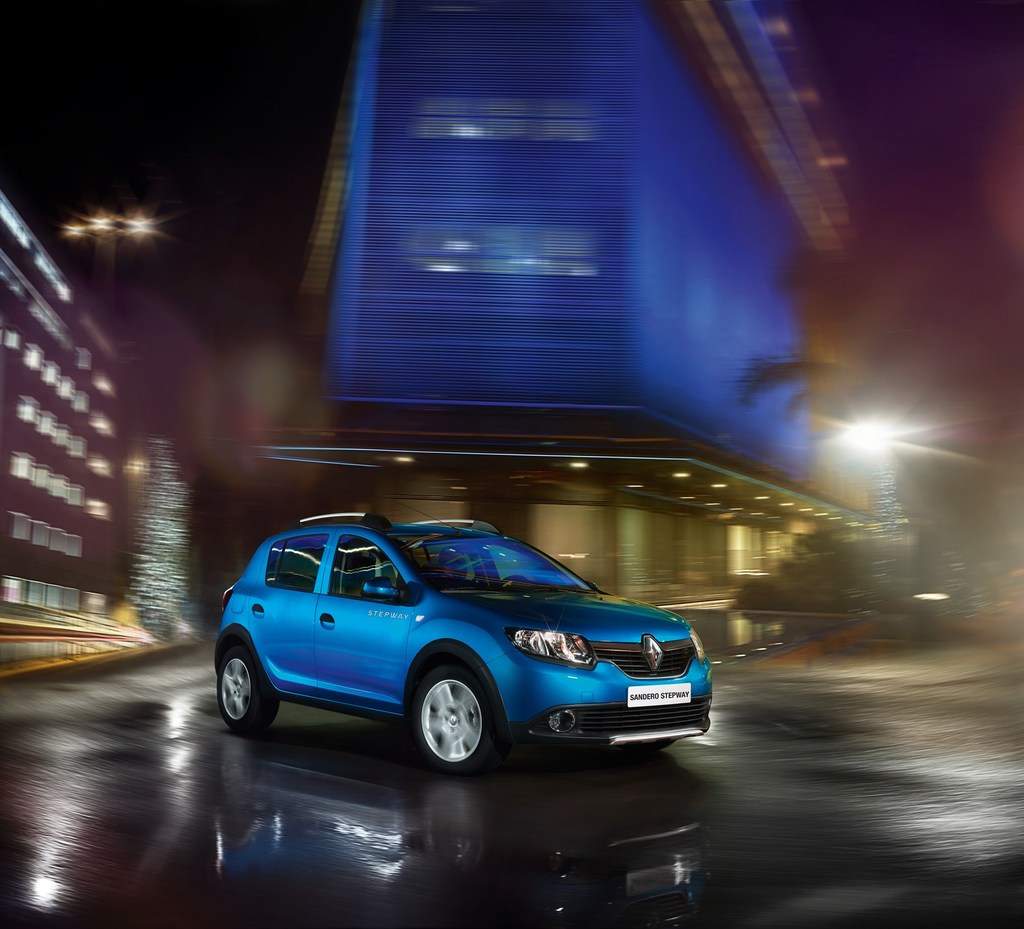 The French are known for making things taste fantastic, throwing onions and wine into almost all their main dishes. They feed us snails cooked in garlic butter sauce and believe in small delectable portions of food. Most notable and easily enjoyed are their pastries. They are light in weight, airy in texture and almost malleable on contact with the tongue. They feel just the right size to allow the eater to feel untouched by their guilty pleasures.

The Renault Stepway made me feel like that too. This little French hatchback is a raised version of the somewhat underwhelming Sandero. Recently launch, this new version of the Sandero and Stepway are visually vast improvements over their predecessors.

Designed as a cheap and cheerful city car, the Sandero is Renault’s answer to those looking for a first car or folks cutting back on their expenses; and at R145 900, the Sandero is a good option.

Now for those of you who wish you had an SUV, the motoring world has invented a pseudo pavement mounter – the Crossover. Renault’s Stepway is just that, R14 000 dearer than a base Sandero, but with a raised road height and suitably embellished with chunkier bumpers, protective wheel arches, some fashionable roof rails and finished off with 16” rims.

Walking around the car and watching it drive past you in traffic, it is arguable the most attractive car in this segment, and at R159 900, it is competitively priced too! 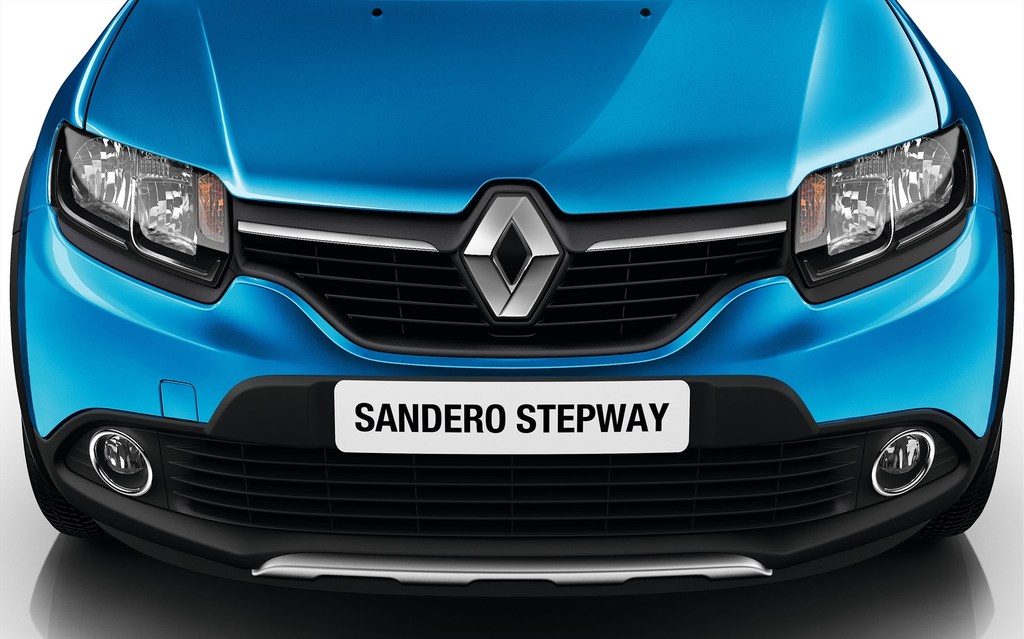 On paper and visually, the Stepway looks and sounds like it’s a force to be reckoned with. I was unable to make its local launch and specifically requested the Stepway based on its new physical prowess.

Now, let’s forget what’s on paper and take a closer look. Open the door and the handle feels rather delicate, like it may pop off one day. Close the door and you hear a tinny sound that leaves you feeling like the Stepway was built on a tight budget. The steering wheel feels nice, it’s solid and chunky – I only wish it was reach and not exclusively height adjustable.

The seats look cool; there is a mixture of fabrics and an embossed and de-bossed print detail, finished off with a Stepway embroidery, but offer little support. Cabin space has been intelligently thought out, with ample head and legroom for four to five large adults. Boot space is pretty good too and with the rear seats flattened, can expand to 1 000dm³.

The dashboard is clean and simple, albeit featuring some up-to-date niceties like: Bluetooth connectivity, cruise control, a nifty speed limiter, electric windows, air-conditioning and a multi-functional trip computer.

Start the Stepway up and you notice something rather novel – the sound of the teeny tiny engine. Like a Jack Russel Terrier, the Stepway is driven by a 900cc three cylinder turbocharged motor, dynamite in a small package. Renault know that this type of engine technology is progressive and perhaps beyond most people’s comprehension, so they have left off the size of the engine in the car’s badging, rather focusing on the turbo and economy. The three cylinder engine sounds like an angry bumble bee in a jar – romantically it could be likened to the sound of a Porsche Boxter.

Because the engine is little bigger than an Elna sewing machine, it only really gets going after 2000rpm where 90% of the cars oomph sets in. Below that it can feel like it needs a kick up the rear end to get going. Some of the benefits of the mini engine, like great fuel consumption and CO₂ emissions are lost, because you end up having to rev the engine through each gear to get it up to legal speeds. Highway driving is where you notice the significant drop in fuel usage. I noticed read out figures between two and four litres per 100km on the freeway at 100 km/h.

Generally speaking the Sandero Stepway offers a nice ride, breaks and steering are reasonably responsive too. Where the Stepway feels rather rudimentary is its choppy and bouncy ride over speed bumps. 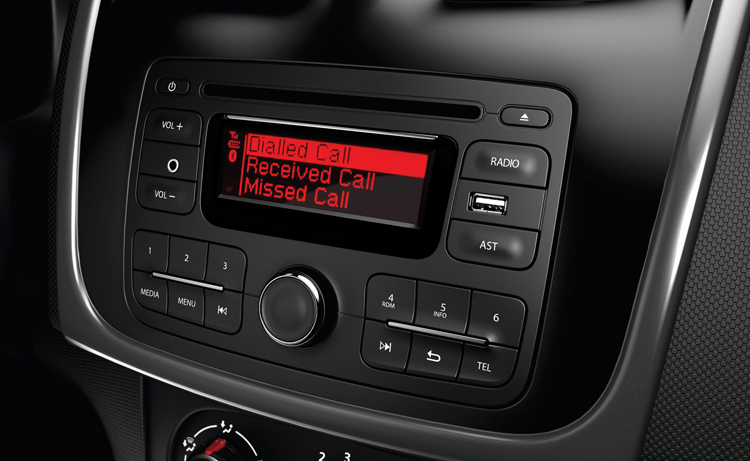 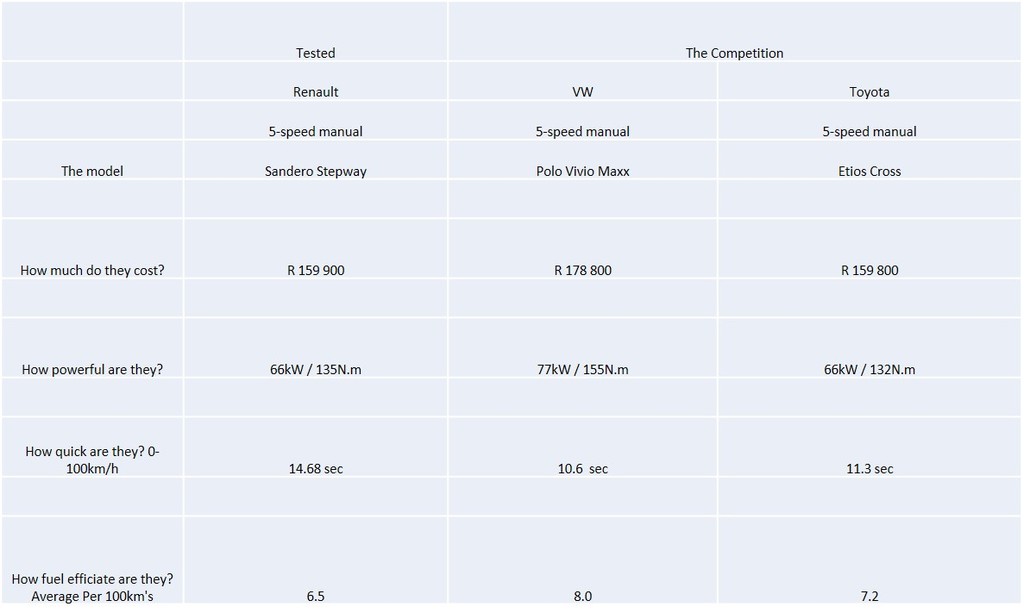 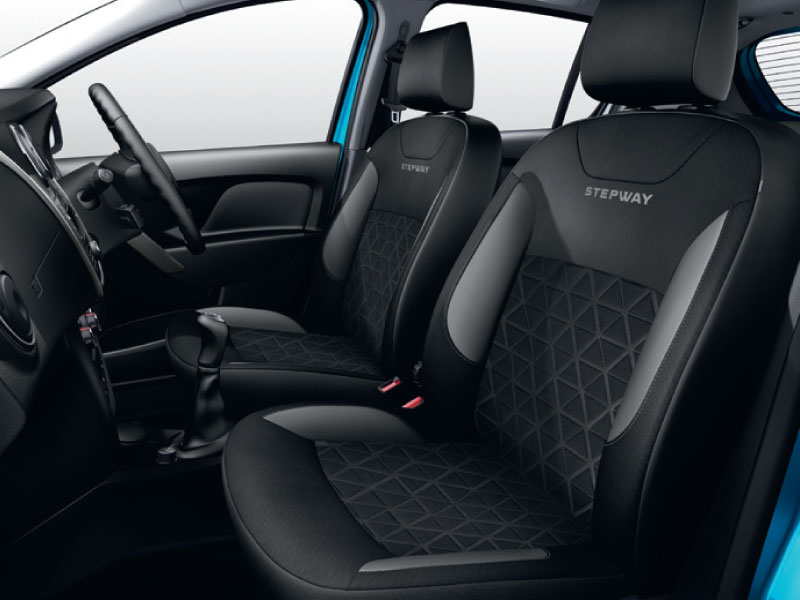 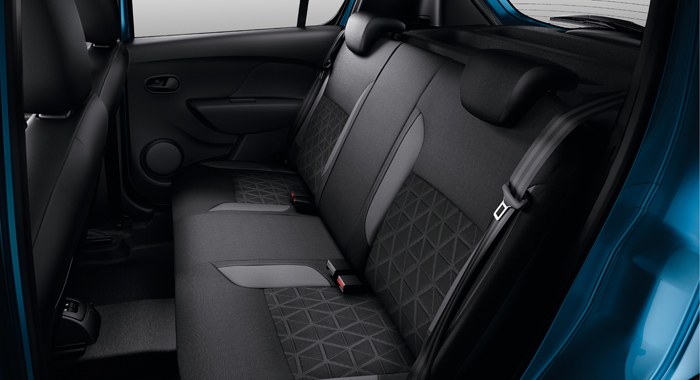 Back to my intro, the Renault Sandero Stepway reminds me of when one ogles over a delectable pastry: Only to see it, finally taste it, and feel somewhat underwhelmed. It looks great, you pick it up and bring it closer to your lips. Your mouth waters in anticipation for the perceived taste of the chocolate cracking and flacking in your mouth as you bite it. The light, yet sweet cream filling, pulsates into your month as you compress the éclair. And voila, you’re in heaven.

The Sandero Stepway is more like the prepacked variety of éclair. Like the ones you would find at a cheap and cheerful bakery within a supermarket chain. The chocolate coating isn’t as rich as it could be, the cream filling has been applied in a sparing way and the dough isn’t fresh. It’s a let-down – and rather average.

But truth be told, there’s a reality to buying a car that costs around R150 000. Obviously all cars in this category are value focused, and as a result either come with very little standard equipment, no service plan and a plastic feel.

In regards to value the Sandero Stepway is hard to beat. It’s the best looking car in its class; looks which have been accentuated with costly accessories. The Stepway also offers the best levels of mod cons and is the safest car in its class – offering ABS, ESP and hill start assist. And to top it all off, it comes standard with a maintenance plan.

The VW Vivo Maxx and Toyota’s Etios Cross are beat. This Romanian built éclair is the clear crossover leader.