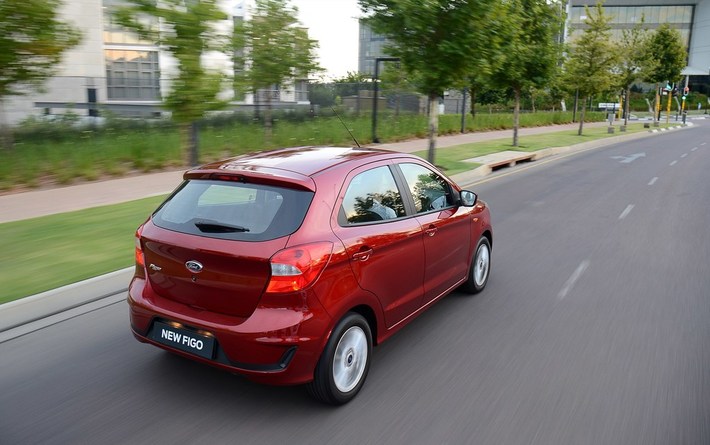 2019 is rough – a recession means cutting back and counting your pennies. But it doesn’t mean things need to grind to a halt, though. So, if you’re in the market for a new car, Ford’s Figo isn’t as Economy Class as you’d think! Rather, it is a step up - into Upper Economy Class – especially the flagship Titanium.

The Figo represents the entry point for customers into the Ford brand.

Better looking, the Figo features restyled front and rear bumpers after its revamp in 2018. The front, the best angle of the Figo in my opinion, has Aston Martin-esque aspirations. Its trapezoidal shaped grill now features a Mercedes-Benz styled diamond shaped pattern while its bumpers feature boomerang styled inserts in the lower portion. The changes at the rear are less noticeable but sporty, nonetheless. Visually, the Titanium is distinguished from the lower-spec models by its sassy 15-inch alloy wheels, chrome accents for the front fog lamp bezel and an eye-catching bright chrome finish for the front grille surround. 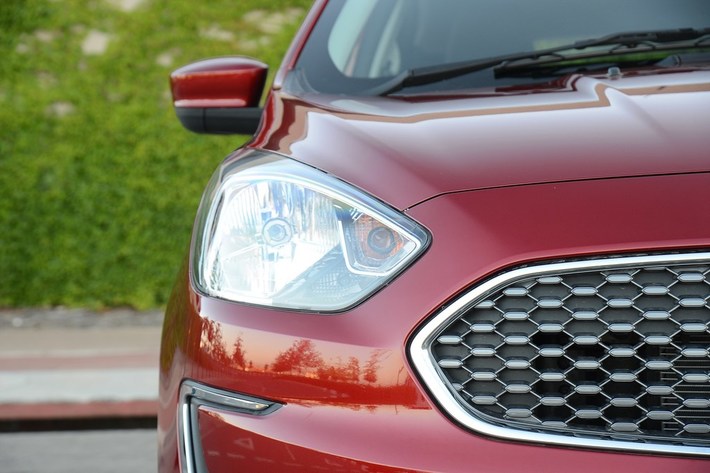 The interior of the Figo has been updated too, particularly around the centre console and upper instrument panel. The cleaner design, particularly for the dash-mounted touchscreen tablet audio and infotainment system, enhances comfort and ease-of-use – it’s a highlight of the Titanium models offering. This system is also used in the Fiesta, which adds value to the Figo’s package. The system allows the driver to control audio, multimedia, climate control and connected smartphone functions by using simple, conversational voice commands or by means of the integrated 6.5-inch colour touchscreen. 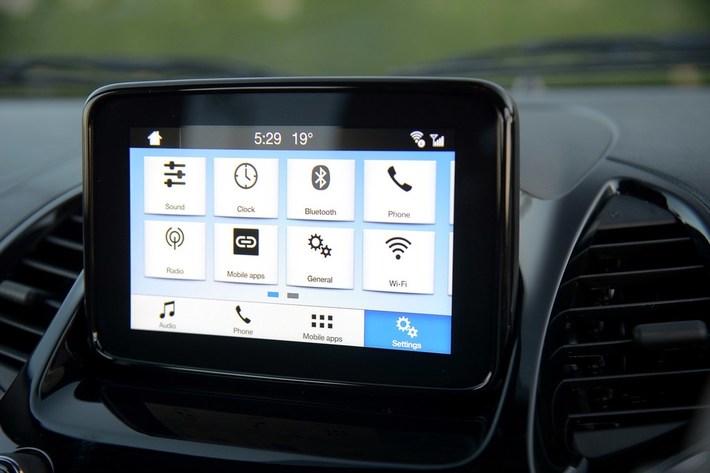 Additionally, you’ll find two USB ports, SYNC®3 offers the benefits of smartphone integration provided through Apple CarPlay or Google’s Android Auto, which transforms the phone’s connectivity with the car to make and receive calls and listen to voice mail. Songs, playlists and compatible apps can also be accessed.

Cleverly, the rear-view camera is viewed through the screen – making for easy parking manoeuvring

If you’re going to share the Figo with your 18-year-old kid or spoil them with one, Ford MyKey is included in the Titanium specification, allowing owners to programme a key for younger drivers that can inhibit incoming phone calls, restrict top speed, reduce audio system maximum volume and disable the audio system altogether if occupants are not using safety belts.

Being the flagship model, the Titanium model benefits from the fitment of dual side and full-length curtain airbags, in addition to the front airbags that are standard across the range. Safety continues with ABS brakes with Electronic Brakeforce Distribution (EBD) providing sure-footed stopping performance. A highlight of the Figo is its engine - the all-new 1.5-litre three-cylinder petrol engine that powers the entire line-up. This advanced, latest-generation unit is powerful (88kW/150N.m), somewhat efficient and clean. It is also lighter than the previous engine.

The engine is paired with either a five-speed manual or a new high-tech six-speed automatic gearbox exclusively on the Trend Hatch.

Cruising at legal limits in and around town is effortless. Push the Figo for something extra and its new engine is willing and happy to deliver. The engine is refined. Note - more sporting driving does cause fuel consumption to climb. I recorded an average figure on 10.0-L in my urban test. The ride is firm which gives the Figo a confidence while driving. Gear changes are light as is the pedal feel.

The new Figo is a great start for any first-time buyer or someone looking to buy down but without feeling like you have. It’s adequately endowed to take on the competition too, albeit on the pricey side of budget car shopping. 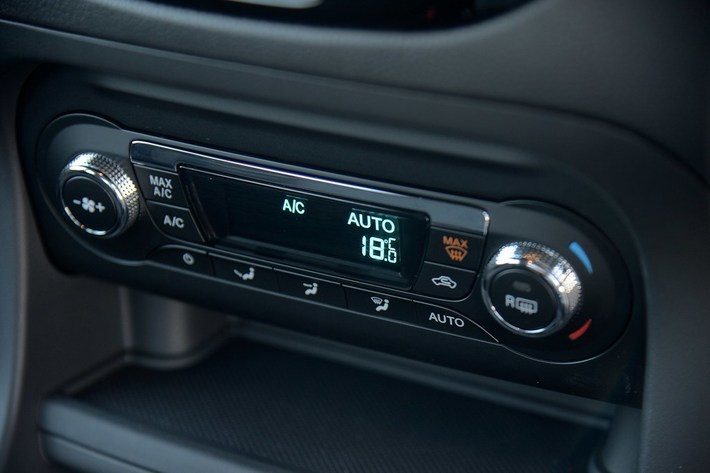 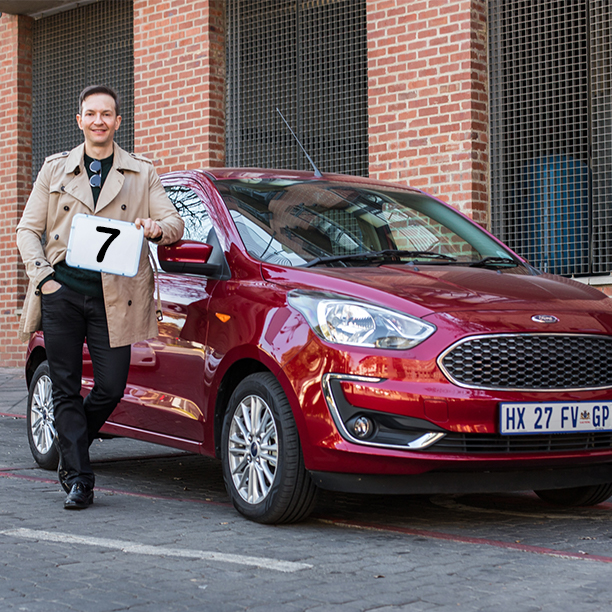