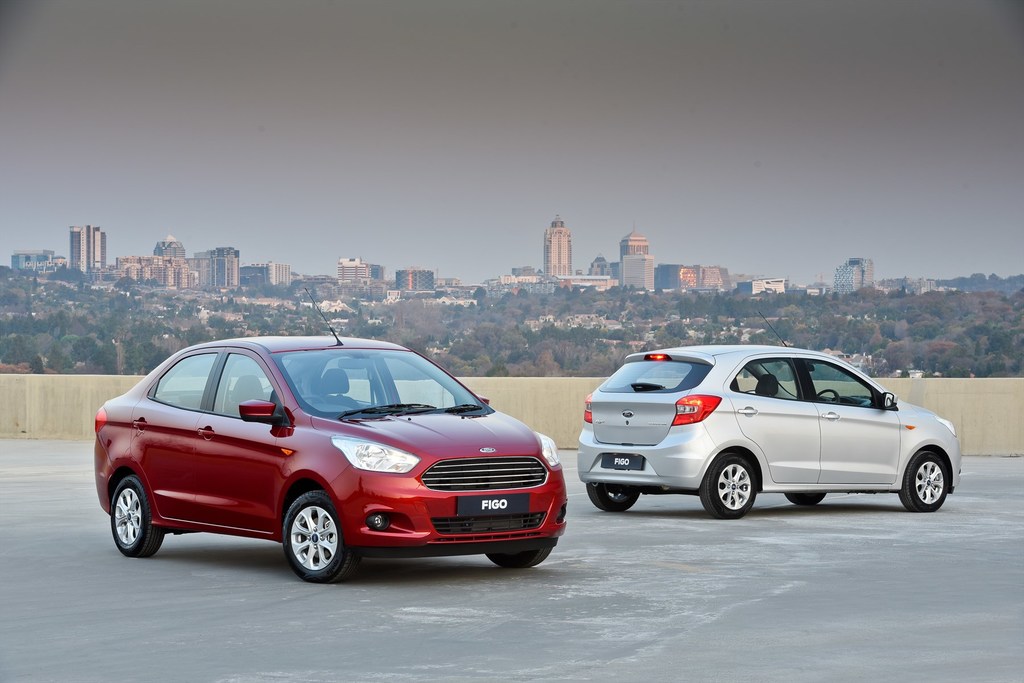 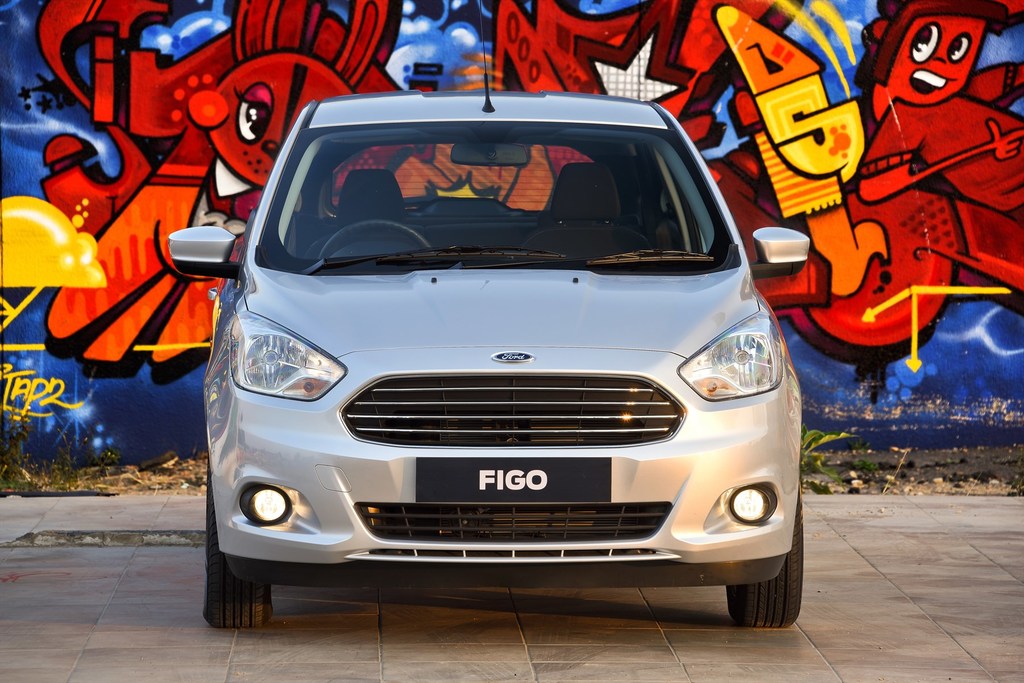 Did you know that the entry level car market, along with the compact crossover segment, are the only two categories growing in sales in South Africa?

We have a rapidly growing middle class - which is a good thing, and an economy that's under pressure - this isn’t so good.  That means people who are looking to buy a new vehicle are forced to cut their cloth according to their means. That isn’t always a bad thing, even if it sounds like a non-sexy way for saying most of us are having to replace our cars with our pockets in mind and not our hearts. "Buying down" is a reality. Ego aside, Ford has a real solution. The Figo. 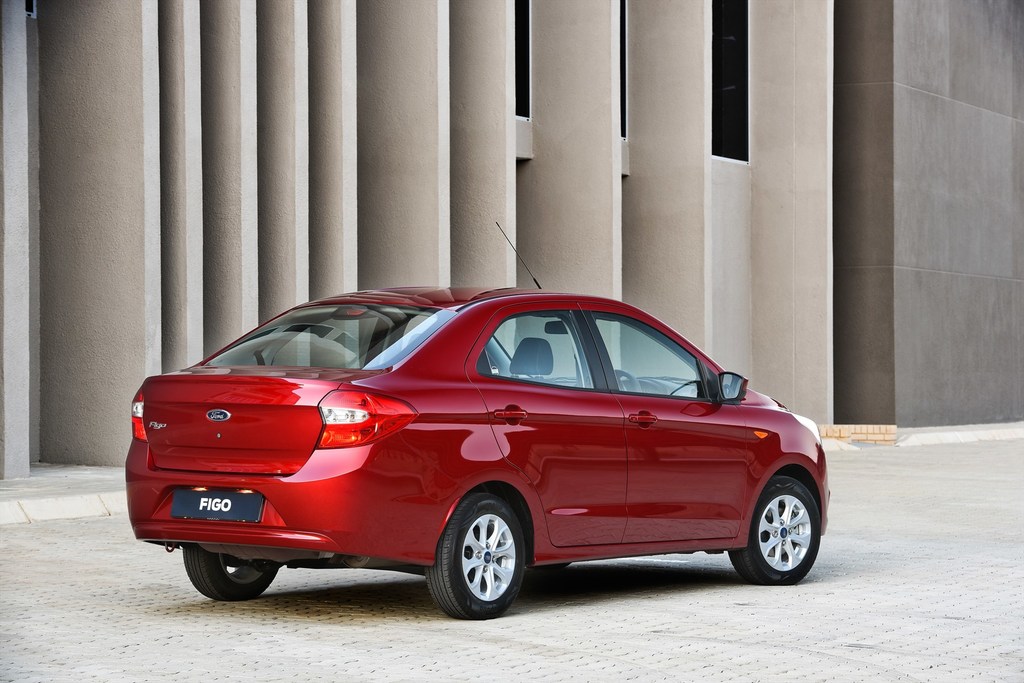 New and improved, the Figo is no longer a hand me down Fiesta wearing reworked headlamps, a tweaked bumper and a Figo badge. Now sold either as a five-door hatch or four-door sedan. The Figo is fitted with either a 1.5l petrol or Diesel engine and an entry-level 1.2l. As part of its offering, a first for the Figo are three trim levels – Ambiente, Trend and Titanium.

Designed to offer a host of features and conveniences, the all-new Figo boasts no less than 20 smart storage spaces and convenience features strategically located around the cabin. A large glove box that is big enough to fit a laptop, three cup holders for front seat occupants and a convenient bin for rear passengers at the back of the centre console. The boots pretty good too - up to 359 litres of luggage space is available in the boot of the Sedan, with fold-down rear seats increasing loading capacity and versatility. The seatbacks of the Hatch Trend and Titanium boast a 60/40 split for greater flexibility.

MyFord Dock, a storage housing offers drivers a unique solution for storing, mounting and charging mobile phones, MP3 players and satellite navigation systems. It allows for the integration of these devices into the car’s entertainment system (Ambiente and Trend spec vehicles only). When not in use, the dock can be closed out of sight. 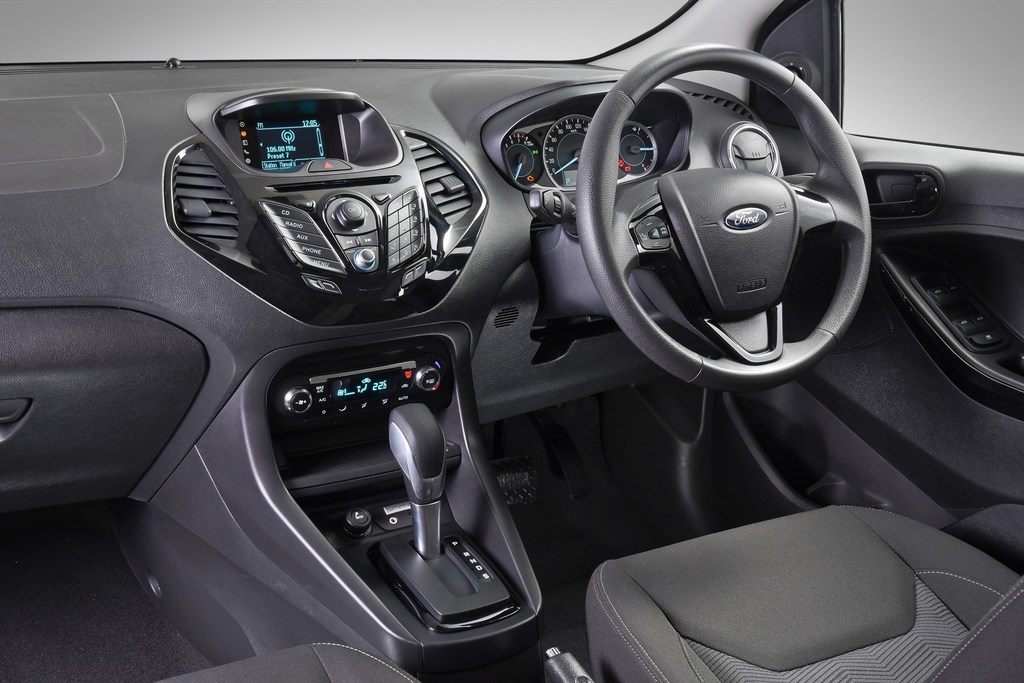 Titanium models come standard with the fitment of SYNC®-Ford’s advanced in-car connectivity system, which allows for hands-free telephone calls. Titanium models also feature an impressive six airbags – including side and curtain airbags – for an outstanding level of protection.

Hill Launch Assist that holds the vehicle for up to three seconds as the driver’s foot moves from the brake to the accelerator. 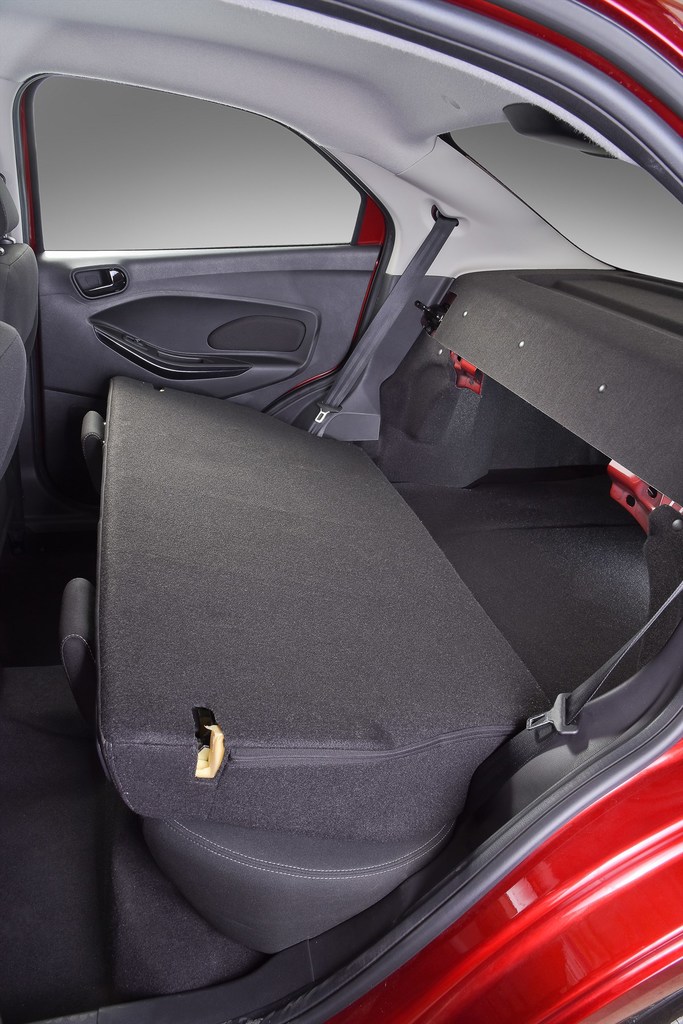 On the road, the pairing of the 1.5l engine with 6-speed automatic offers a pleasant drive. Cruising at legal limits in and around town is effortless. Press the car to perform while slotting the gear changer into the S for Sports mode isn’t as much fun for the car, though. This forces the engine to become rather audible even obnoxiously loud. This aggressive drive style also elevates fuel consumption figures in the range of 11.5l/100km – not ideal. Instead, the Figo is happiest when driven gently. Fuel figures respond accordingly - dropping to a respectable urban figure of 7.5l/100km.

The new Figo is a great start for any first-time buyer or someone looking to buy down as mentioned before. It’s adequately endowed to take on the competition too.

Rough engine notes when driven in a sporty manner