Jeep vehicles all have seven slots in their front grille because Jeep was the first manufacturer to have its vehicle driven on all seven continents!

Astronauts can connect to the Internet in space!

In the past, astronauts have been able to post tweets to Twitter; however, this always had to be relayed through a third party here on Earth. That is no longer the case! Thanks to the International Space Station's high-speed Ku-band antenna, space travelers can now connect to the Internet LIVE from the station! The Crew Support LAN allows for a station laptop to control a grounded computer that is physically wired to the Internet whenever this connection is available. This technological advancement makes life a bit less lonely for the crew aboard the ISS by allowing for occasional video chatting and keeping their families and the general public informed through social networking updates.
(source)

A woman in the James Bond film 'For Your Eyes Only' used to be a man.

That's right - one of the Bond girls used to be a man! Carolyn Cossey began her life with the name Barry until deciding to get a sex change in 1972. This required female hormone pills, breast augmentation, and surgery to alter her "plumbing." For nearly a decade after the procedure, she worked as a model under the name "Tula." 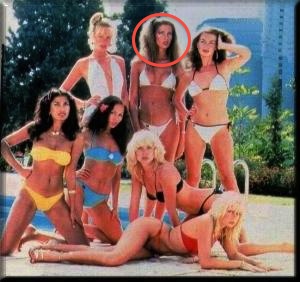 In 1980 Carolyn caught a big break when she was cast in the new James Bond film. Shortly after the movie was released, a British tabloid exposed her as a transsexual, which derailed her modeling and acting career. You can still catch her in a brief moment in the Bond film, though! She is one of ten actresses credited as "girl at pool". Happy hunting!

The space between your eyebrows is called the ‘glabella’.

The name for this area comes from the Latin word ‘glabellus’, meaning “smooth”. This is appropriate, as this area is usually smooth and hairless...unless you have a unibrow.
(source) .