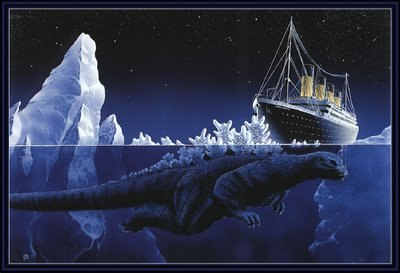 The first victim on the Titanic was the last one to get a headstone... 100 years later.

Samuel Scott’s body has laid in an unmarked grave in the Belfast City Cemetary for decades. He only recently got a headstone to mark his body’s location. Scott bears the unfortunate distinction of being the first death on board the Titanic. He actually died from a skull fracture while working, before the ship's fateful collision with an iceberg (or Godzilla?).

The 15-year-old worker has also recently become the star of a children’s book. Spirit of the Titanic by Nicola Pierce tells the story of Samuel Scott as a ghost haunting the ill-fated ship. Canned food was invented thanks to Napoleon Bonaparte.

During the eighteenth century, the known methods for preserving food were largely ineffective. Back then ice was a scarce commodity, so refrigeration was rare and did not last very long. Curing the food with salt or various spices was another decent technique, but this could only be done with foods such as meat and it altered the food’s taste. This was enough of a nuisance for your average European during the winter, but it was an entirely different can of worms for the military (...or maybe it wasn’t. I guess that expression wouldn’t have existed yet!). Providing sustenance for troops was such a problem that in 1800 Napoleon called for a preservation innovation. He offered a reward of 12,000 francs to anyone who could come up with a better system for conserving his soldiers’ rations.

The man who stepped forward with a solution was one Nicolas Appert. A former chef and brewer, Appert discovered that heat can be used to sterilize food in sealed containers, thereby preserving it. His initial procedure was probably more akin to bottling - he would place food in a closed jar and boil the jar in water for several hours. But after receiving his prize money, he put the cash toward the world’s first cannery and helped make our modern food industry what it is today.
(source)

Cracking your knuckles does not actually hurt your bones or cause arthritis. The sound you hear is just gas bubbles bursting.

Cracking your knuckles (or any of your joints) can have therapeutic benefits. When you crack one of your joints you are pulling the bones that are connected at the joint apart from each other. This process stimulates your tendons, relaxes your muscles, and loosens your joints. Chiropractors do this for spinal joints when your back is sore and stiff, but you can do this on your own for your knuckles, toes, knees, neck, etc.

Unfortunately, there can be too much of a good thing. Cracking your knuckles will never lead to arthritis (despite what your mom keeps telling you), but scientists have discovered that it can cause tissue damage in the affected joints. Knuckle-cracking pulls your finger bones apart which stretches your ligaments. Too much stretching of your ligaments will cause damage to your fingers akin to the arm injuries sustained by a baseball pitcher who throws too many pitches. In addition to making your hand really sore, this ligament damage can also result in reduced grip strength.

How does this work? Your joints, the places in your body where you can bend, are where your bones intersect and are held together by ligaments. These joints are surrounded by a liquid called synovial fluid. When you stretch your ligaments by pulling the bones apart to crack your knuckles a gas in the synovial fluid escapes and turns into a bubble. This process is called cavitation. Cavitation ends when the bubble eventually bursts, producing that popping sound we know and love. After that, your joints won't be able to crack for another 25-30 minutes while the gas gets reabsorbed into the synovial fluid. 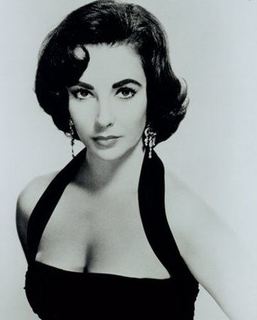 Elizabeth Taylor outlived the writer of her obituary.

In case you hadn’t heard, former Hollywood starlet Elizabeth Taylor died this past Wednesday. Though she starred in Cleopatra, Cat on a Hot Tin Roof, and Who’s Afraid of Virginia Woolf?, Taylor was just as well-known for her private life, having been married a total of eight times!

It is common practice for newspapers and magazines to have the obituaries for famous people written well in advance of their deaths, and Liz Taylor is no exception. The funny thing about this tradition is that it can lead to publication of the obits after the writers themselves have perished! Mel Gussow, the New York Times reporter who originally prepared Taylor’s obituary, actually succumbed to cancer SIX YEARS before the subject of his piece passed away! His editor said the article was “too good to throw away,” so they updated and published the work as planned. All in all, this whole thing says a lot about the longevity of Elizabeth Taylor. I hope I outlive the author of my obituary... 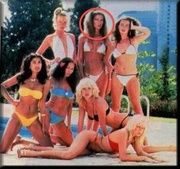