Blessed with a striking voice and an abundance of talent, Despina Vandi is undoubtedly one of the most popular artists to emerge in recent times. A pop icon and one of the most commercially successful artists in the history of Greek Music. 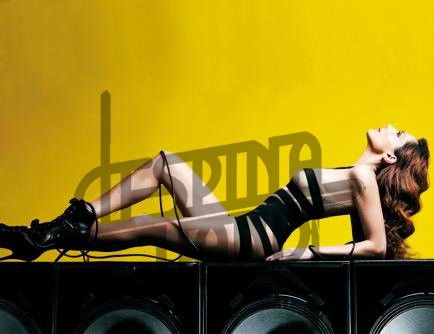 Despina Vandi began her first steps to stardom a decade ago. Her striking voice and natural presence were undeniable, and it was only a matter of time before she signed her first recording deal.

Her debut album GELA MOU, recorded and released in 1994 by Minos-Emi, delivered her first moment in the spotlight, while ESENA PERIMENO («Waiting for you»), her second album, was a turning point for her image as a pop icon. The latter album delivered several hit singles, steadily building Despina fan base. In December 1997, after numerous tours around the world (across America and Europe), she teamed up with the multi talented songwriter, composer and producer Phoebus, a collaboration which resulted in a series of chart topping singles and multi- platinum albums.

Their first collaboration was DEKA ENTOLES (Ten Commandments), a defining new album. Despina Vandi became the newborn star of the Greek music industry, with a string of hit singles and incredibly successful appearances. 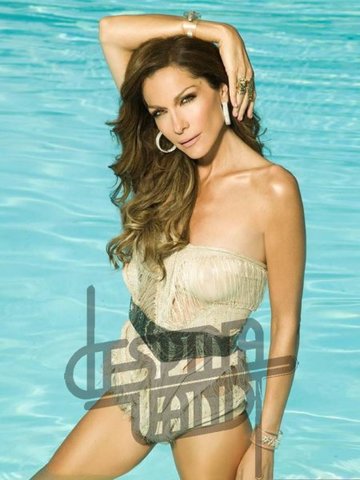 In 1998, Despina once again collaborated with Phoebus, achieving two hit singles that preceded her fourth solo album PROPHITIES (Prophecies), which proved to be a goldmine. Released at the beginning of 2000 the album achieved gold status on the first day of its release, and it was platinum within a month.  At the end of 2000 Despina and Phoebus entered the history books with the release of the new single IPOFERO (I am suffering). The single has broken all records and today stands as the biggest selling single in Greece achieving six times platinum status. Later that year, Richard Branson invited Despina Vandi and Phoebus to London, where he honoured both their outstanding creative collaborations, which set new heights for the Greek music industry.

In the autumn of 2001, Despina Vandi's career reached a new peak of commercial success and publicity. She and Phoebus chose to sign with HEAVEN, a new dynamic recording company, part of the Athena Group (the largest media group in Greece). By the end of this year Despina was setting new trends and breaking more records. Shortly after filling the center of Thessalonica for a free concert, she released GIA (Hi), her new, double album, written and composed once again by Phoebus.

GIA achieved four times platinum status in just eleven days of its release. Taking into account the rate, the time period, and the number of sales achieved, this particular album is considered to be an unprecedented success for Greek music standards. Her success was sealed recently with an international award.

Despina Vandi was honored with the award of the World's best selling Greek artist for the year 2001, at the 14th Annual World Music Awards which were held on March 6th 2002 in Monte Carlo. This was a great success for Despina Vandi and Greece since it is the first time that an artist who resides and works in Greece has been honored at these awards.

Having gone multi platinum in the Greek market, GIA, written and composed by Phoebus, broke into the international music scene, over the past summer, and assumed prime position in the play lists of celebrated DJs and clubs worldwide. Gia performed the impossible by eaching the No1 spot in both the USA and the UK (according to the official Billboard and Music Week charts), managing to knock international hits off the top spot! Since then, it has been released, as a CD single in Europe, the USA, Australia, Turkey and Northern Africa while it has been included in more than 120 compilations, worldwide.

Her second international single, Opa-Opa produced by Phoebus and Bass Bumpers, has already been released around Europe, with great success, while her first studio album, which is currently being recorded, will reach the international audience during the winter. Despina Vandi also is the performer of the single Come Along Now the song that will accompany all of Coca-Cola's activities in the context of its Olympic Sponsorship agreement. At the end of August Despina Vandi is going to perform live at the Beat stock Festival in New York.

After ten years of hard work and five albums, and thanks to her amazing voice and appearance and her superb live performances, Despina Vandi is undoubtedly an artist with star quality. Her work with Phoebus is considered groundbreaking in Greece and their collaborations will continue to set new trends for years to come. Still in the early part of her career, she will continue to blossom musically, creatively setting the pace for the Greek market as well as breaking barriers as she now looks to achieving International success.

I have seen her live in Greece, she is an entertainer of note. 20,000+ people rocking till the early hours of the morning. Sensational.

Looking forward to this show,its the first time she is coming......I LOVE Greek music, I am ready to be blown away....