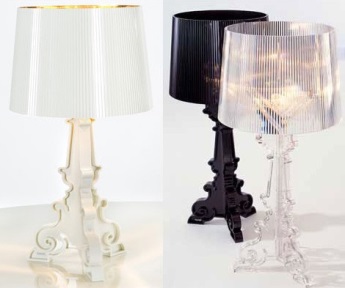 Designed in 2004 by Ferruccio Laviani for Kartell, the Bourgie lamp has become a symbol of the synthesis of styles and eras- the eclectic concept that is taking from the past and reinterpreting the design in form and modern production. We've all come to love this luxe light whose idea was inspired from an antique Baroque candelabra with fabric shade on Laviani's desk.

To celebrate the Bourgie's 10th birthday, Kartell invited 20 collaborators to redefine this piece to coincide with New York design week.  Lenny Kravitz, Pharell Williams, Kelly Wearstler and Philippe Starck are a few of the influential designers and artists who have given the Bourgie their own swag.

Here are some of my favourite revisions of the design… Quite an edgy take on things by Pharrel  Williams below, I think the hand holding the light source is fun and the obviousness of a literal “shade” solution is refreshing! 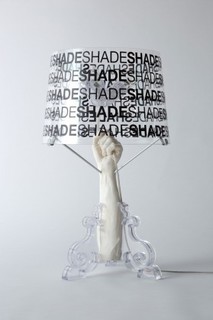 Lenny Kravitz fused two of the original lamp’s colour options with a melted base; I think it’s a cool reference to the effect of burning candles on traditional candelabras as well as the contrast of the transparent pleated shade anchored by a dark and heavy base. 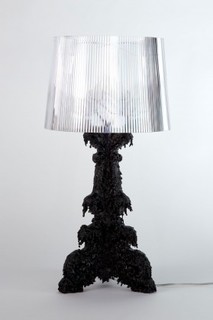 Kelly Wearstler’s design uses layers of colourful semi-precious stone with a rope shade and looks as though the lamp’s elements are puzzle pieces, quite Picasso-esque… Phillipe Starck, arguably the King of Kartell, adorned the original design in colourful beads and charms- fitting for a design whose inspiration were from the excessive Baroque period. 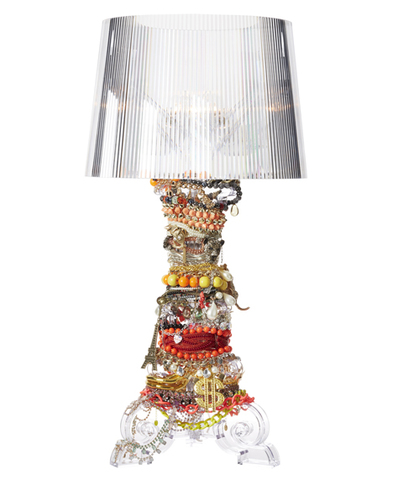 Front’s design is really playful, they have morphed the design to bend over to the side, quircky and cool! 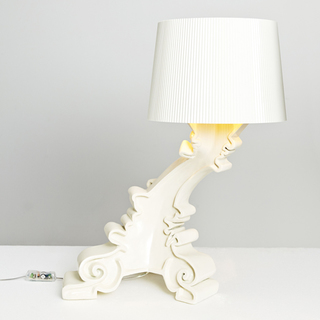 Mario Bellini mirrored the original lamp and incorporated a long base for an umbrella and coat stand. In doing so, it has become multi-functional and quite a conversation piece. 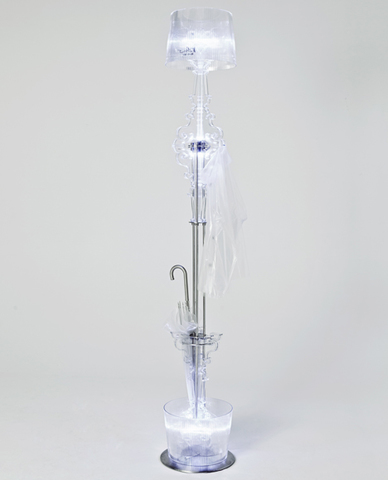 Patricia Urquiola utillised the ornate base pieces and rotated them to form arms off of which light bulbs are suspended, I think this is the most inventive re-design of the Bourgie and is defintely on my wish list! 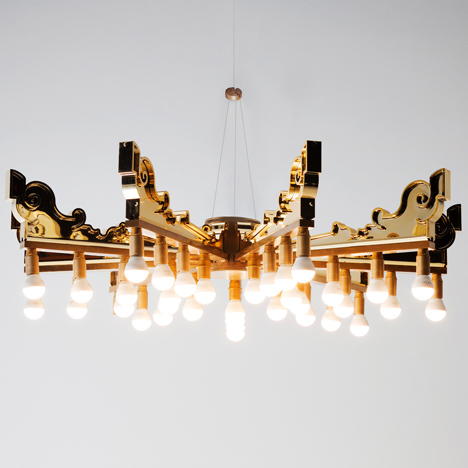 Some great additions to the Bourgie light are the multi coloured options, a bit psychedelic but just the right amount of crazy! 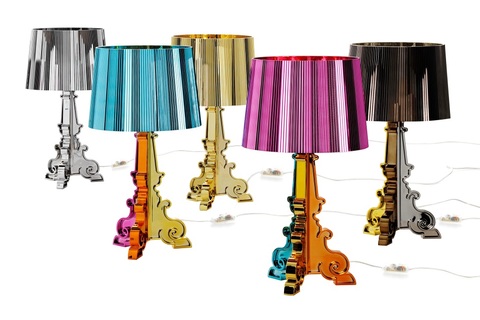