A car says a lot about the person driving it. Some are oblivious and others very aware. Those who care about their image look for a car to match their ego. The 650i makes a bold statement but for some having a coupe isn’t an option. Not satisfied with a SUV or the impracticality of having only two doors, the driver of a four-door 6-Series knows what they want and why!

The 2013 BMW 6-Series demands attention. Its aggressively styled exterior is proud, standing squat and solid on its feet. The car has a strong shoulder line which runs for its headlights right through to the familiar BMW elongated tail lights. The design language of the 6-Series harks back 37 years to the first generation which debuted in 1976. Its production ran for 13 years and BMW sold just over 86 000 units during this period. The 70’s 635CSi was essentially a 7-Series coupe, which was a replacement for the now valuable classic BMW 3.0 CS.

Both then and now, the 6-Series has a distinctive athleticism that is well crafted, you are left with a sense of Teutonic elegance. Think Usain Bolt in a beautifully tailored suit. The outline of his silhouette hinting at his sporting prowess through the impeccable fit.

BMW took a sabbatical from producing the 6-Series and launched the 8-Series in 1989. Perhaps it was part of BMW’s rivalry with Mercedes Benz? Who knows? But the 850Ci was aimed at the super rich, and was BMW’s premium sports car for the enthusiast. Production ran for a decade but BMW fans got their 6 back. In 2003 it returned, not without some controversy though. It is debatable how aesthetic the lines of the comeback 6 were. It took a lot of flak, along with its designer, Chris Bangle, for its clamshell boot. A design faux pas perhaps?

Being the photo issue of Dossier, the latest 6-Series Grand Coupe doesn’t suffer the same quandary as its predecessor and is an apt subject for artistic contemplation.  The 650i is a photogenic specimen.  Light reflects off its concave and convex lines. Interesting in detail and evident in the sculptural balance created that makes this four-door sedan appear as a coupe. Tu shy BMW! The 6-Series now comes as either a coupe or as featured, a four-door sedan, badged the Grand Coupe.

I am all about seeing the glass half full, and with the subject being the 650i, it really is, of power that is! There is something very special about a V8 engine. The way it gargles on petrol as Earnest Hemingway would sip on aged malt whisky. Arrogantly, playfully and boldly. It’s a sound worth recording and playing back over and over again. It’s magnificent!  You won’t get to hear much of that magnificent sounding V8 though. You see the 650i is very well insulated, and as a result is a rather quiet affair. You could open a frameless window and stick your head out but you won’t hear much either. The 650i has a 4.4-litre V8 engine with two turbochargers thrown in for good measure. The result? Lots and lots of power, 330kW to be precise.  So the reason you won’t hear much is because this engine doesn’t have to work very hard to really get going, not with 650 N.m of shove through its rear tyres. In fact, legal speed limits see the rev needle sitting no higher than 2500 RPM, whispering sweet melodies, very quietly. The interior of the 6-Series is a highlight and reminiscent of an Armani Yacht, especially with a light cream interior. It is luxuriously minimalist. Not to be confused with a lack of anything though, on the contrary, the 6-Series could be likened to a suite at New York’s premium hotel, The Pierre. Refined surfaces, perfectly aligned panels and warmly light alcoves. It fits like a leather glove. There is leather everywhere: dash, doors, centre console, and optional Alcantara/faux suede roof lining too. So perfect is the panel fitment BMW wanted to keep it that way, featuring self-closing doors all round. I think they must have borrowed that from the Rolls-Royce parts bin, a company which BMW owns. The 650i features the best BMW cabin interior of any I have ever seen, including the 7-Series. The six also plays host to a list of *features, a number larger than the quantity of sequins on a Miss USA finale ball gown. Things sparkle, chime and vibrate, all making you a better and more importantly, a safer driver. The sensation is like playing a game, if you can keep within the painted lines on the road, you are safe from the car’s vibrating steering wheel. Blind spot indicators are built into the wing mirrors creating awareness of obstacles, preventing the attempt to change lanes and an accident. A radar has been concealed in the grill, monitoring the car in front of it and ensuring you keep a safe and appropriate following distance. This clever aid is linked to the cruise control too. It allows the car to keep a measured distance autonomously of course, moderating the break and accelerator to maintain the gap selected.   A nifty optional extra which I enjoyed was BMW’s connected drive system. This is a heads up display system which projects instrument panel details important to the driver onto the windshield. This genius system aims driver focus. No longer would the driver need to take their attention off the road to look down at the dials. BMWs have always been designed to be driver’s cars. People who enjoy the sensation of driving, the feeling of the road and being present in the driving experience. As you climb the luxury ladder, car companies could perhaps be in danger of creating so much luxury, wrapping in it the best technology and removing real driver sensation. This is not the case for the Grand Coupe. The Grand Coupe is 11cm longer than the two-door version and just as agile.  The driving sensation is purposeful, progressive, and refined to the point that the car is still highly engaging. Featuring five driving modes: Eco, Comfort Plus, Comfort, Sport and Sport Plus (which defaults itself to the Comfort mode on start-up). In heavy traffic the Eco mode is superb, offering the perfect balance of power and dynamics with comfort. The retardation of the breaking effect is used to charge the battery. Sport and Sport Plus modes unleash ridiculous amounts of power and the steering and suspension adjust accordingly to a firmer setting for better road holding and greater driver feedback. 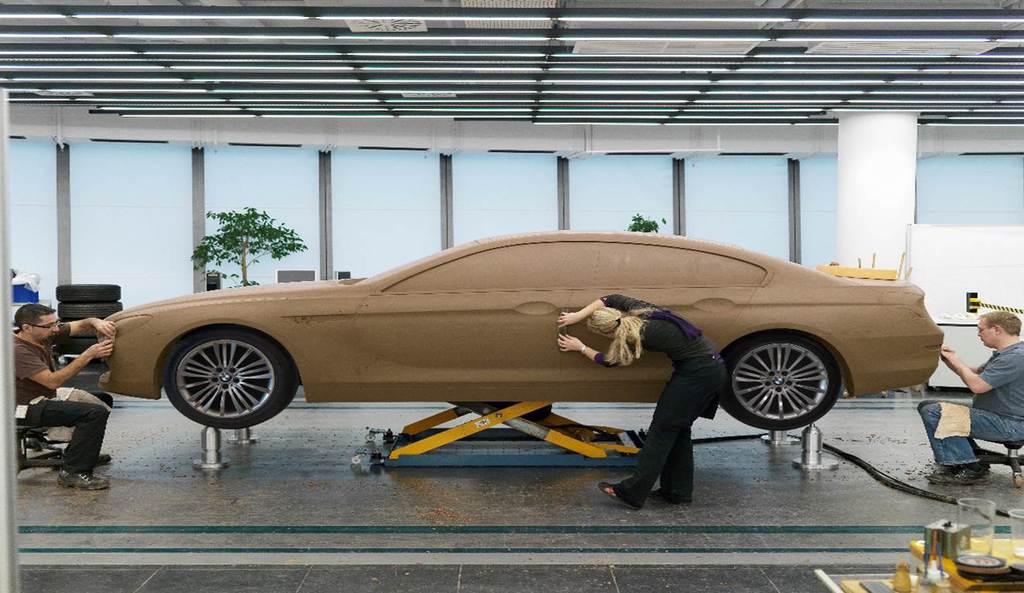 Amazingly the big V8 managed very impressive urban fuel consumption. Earnest would sip his whisky faster. 13 litres per 100km is what I got with a little play but mostly civilized driving patterns.

The 6-Series redefines luxury. No longer do your practical needs mean you need to drive in a big looking four-door sedan. Cleverly this car still appears poetically beautiful and will comfortably seat four in supreme comfort. Would I buy one? In a heartbeat if I had the money. Now, onto the sordid topic of coin, the 6 is premium and as such, comes with a premium price tag too. It will glide off the showroom floor and into your garage from R915 000 to just over R1.5 million for the monster M6.

*Not all of the above mentioned features are standard equipment on a 6-Series.