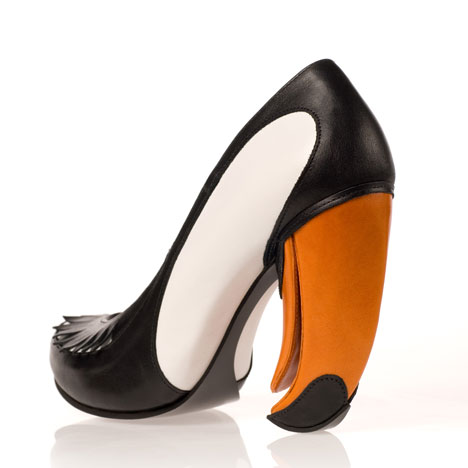 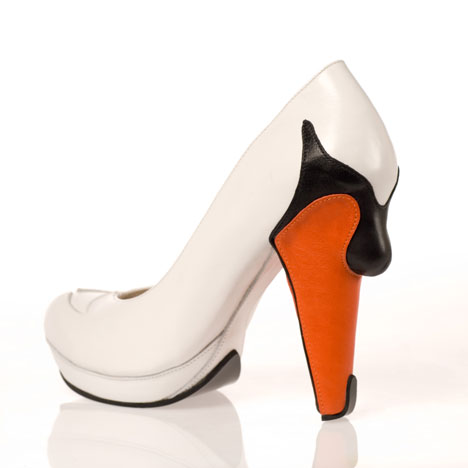 The beaks form the heels, while the fronts of the shoes are shaped into wings. 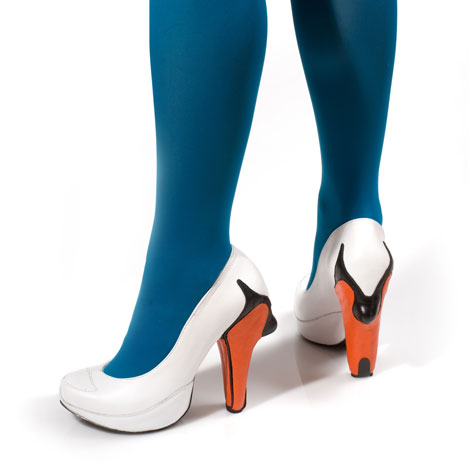 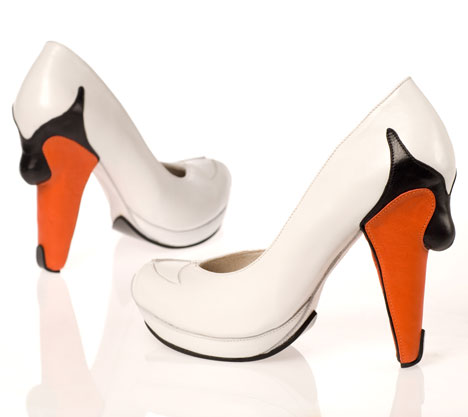 The story began with Kobi standing in a queue to enter a museum in Holland, he noticed a bird flying. This sight inspired him to incorporate the fascinating shapes and colours of birds, into the art of fashion. 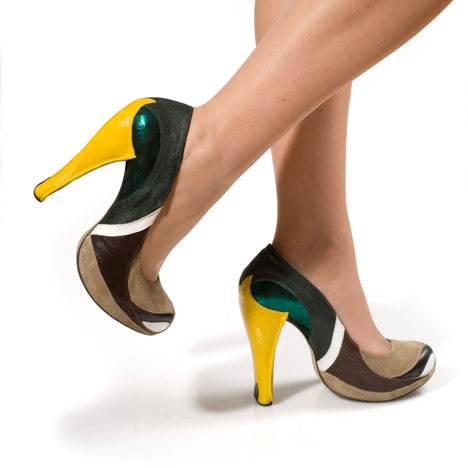 The research in this area proved so fruitful that Kobi was reluctant to choose only one bird, and decided to make a series of 3 designs. The basic shape of the bird, which shows the upper as a body/wings and the heel as a beak, can be implemented to numerous birds, each with it's own “styling”.