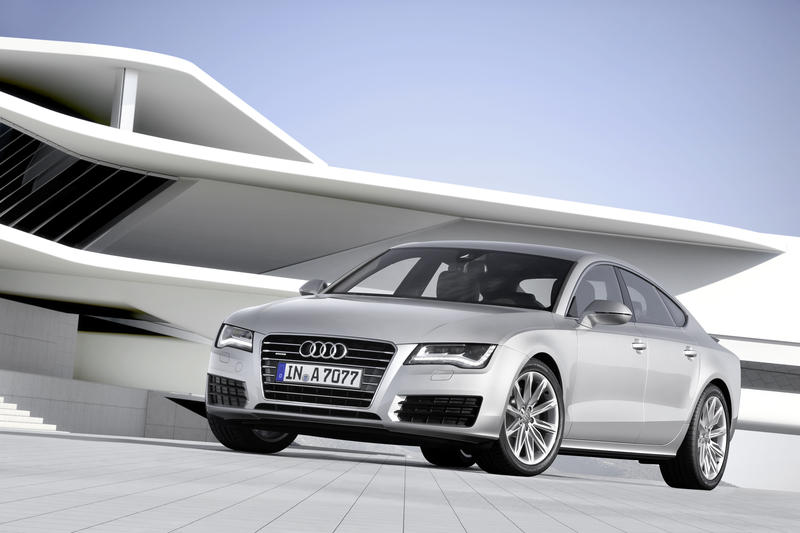 You either like or dislike the Audi A7. It is somewhat out of the box being a luxury limo, yet with a sloping rear that opens like a hatchback. Audi have in most recent times veered away from making each of the cars totally unique from one another. Rather they have reined in the flowing creatively and stuck to a formula. This formula essentially means that the DNA of almost all their new cars looks very similar, with the only difference being the actual size of the car: Small, medium, large or extra-large, but basically all the same like the Baldwin family of brothers.

The A7 is more of an exception rather than the rule, it is very distinctive and elegant in an outlandish kind of way. The front of the A7 looks like a powerful yet kind corporate CEO (think Obama with a grin). The profile is rather futuristic with the rear mimicking nuances of 1970’s Lamborghini’s. Together these three angles present a vehicle that looks like no other, a lone ranger standing against the conformity of the rest of its Audi family members.

The interior of the A7 is an upmarket environment, mixing lacquered burr walnut wood inlays, which ‘pops‘ on top of the remaining leather canvas. Pure aluminium has been used for many of the functional bits and bobs in the car. The cool touch and solid feel of the material reminds you that you are in a very special car made of the finest materials. The cabin will comfortably transport four six-foot adults in a plume, like a cloud wafting along in silence, while also managing to carry their entire luggage. Not that you would buy an A7 to transport and carry loads, but nice to know that if you fold the rear seats down and open the electronically operated hatch the boot is massive. 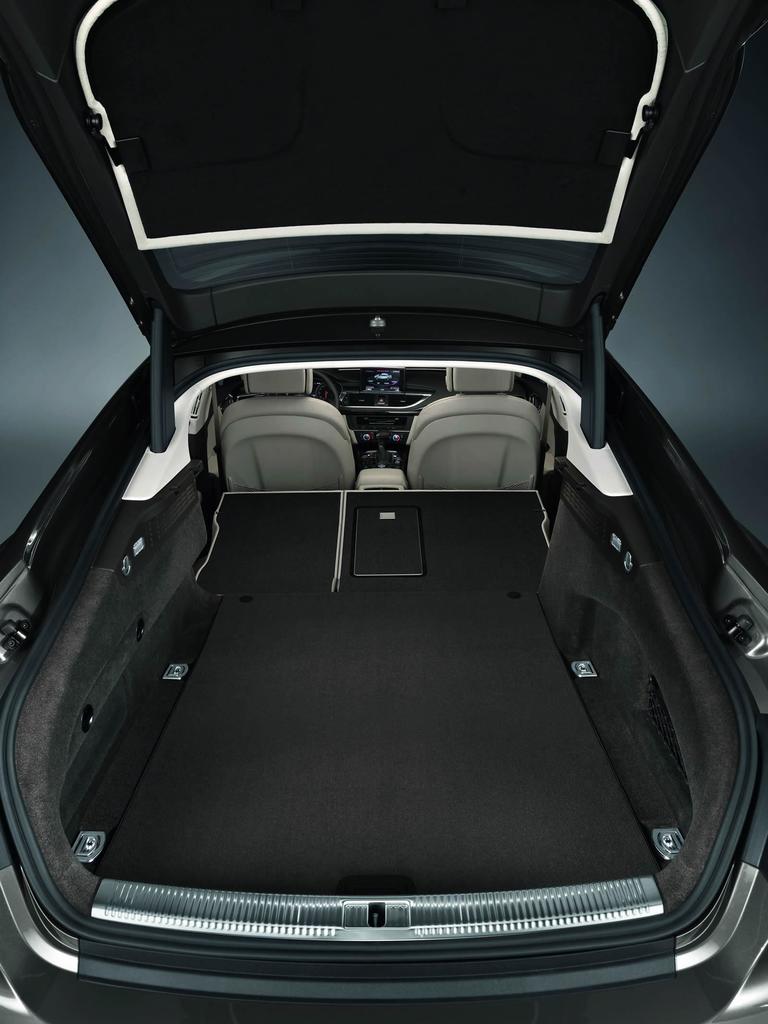 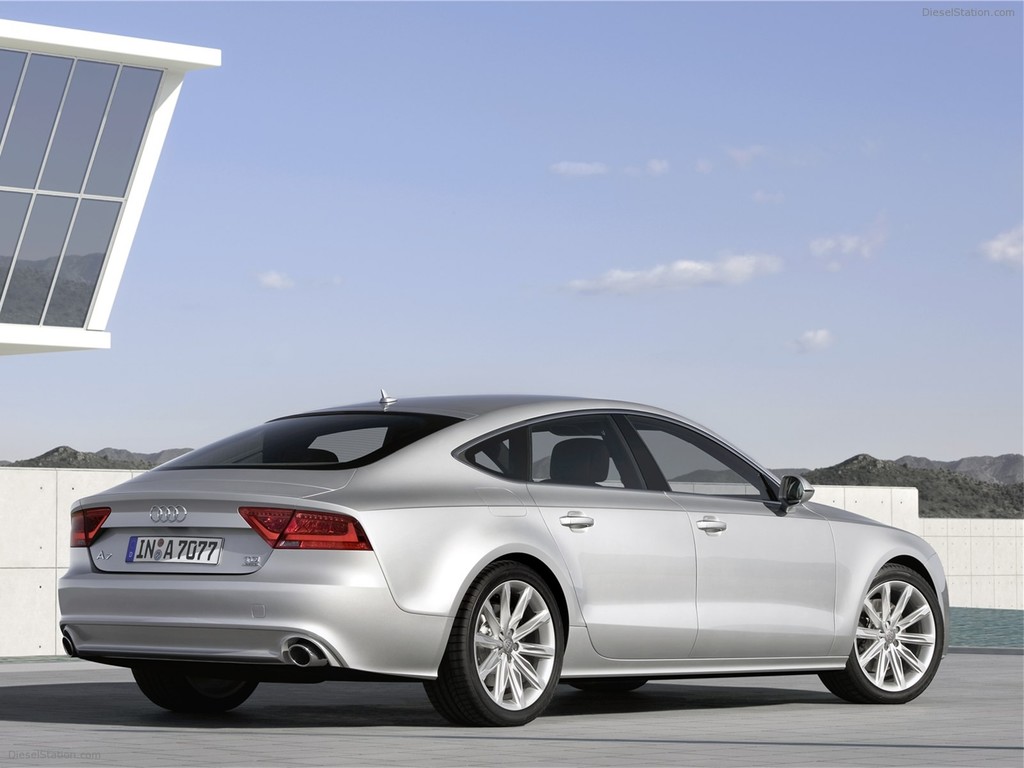 The variant on review is the TDI version of the A7, a diesel unit. At this level of the market you can forget about starting up this luxury cruiser and anticipating its diesel engine to sound like a tractor. Audi’s V6 3.0 litre engine is glorious, it is quiet yet sounds marvellous when you accelerate, and it has huge amounts of ‘push back in your seat’ power yet is fairly economical. The 3.0 litre engine is a popular unit and used in many of Audi’s ranges. It is mated with a super slick eight speed gearbox that is a shining light for how far automatic gearboxes have come, and I would say is probably one of the best I have ever reviewed. 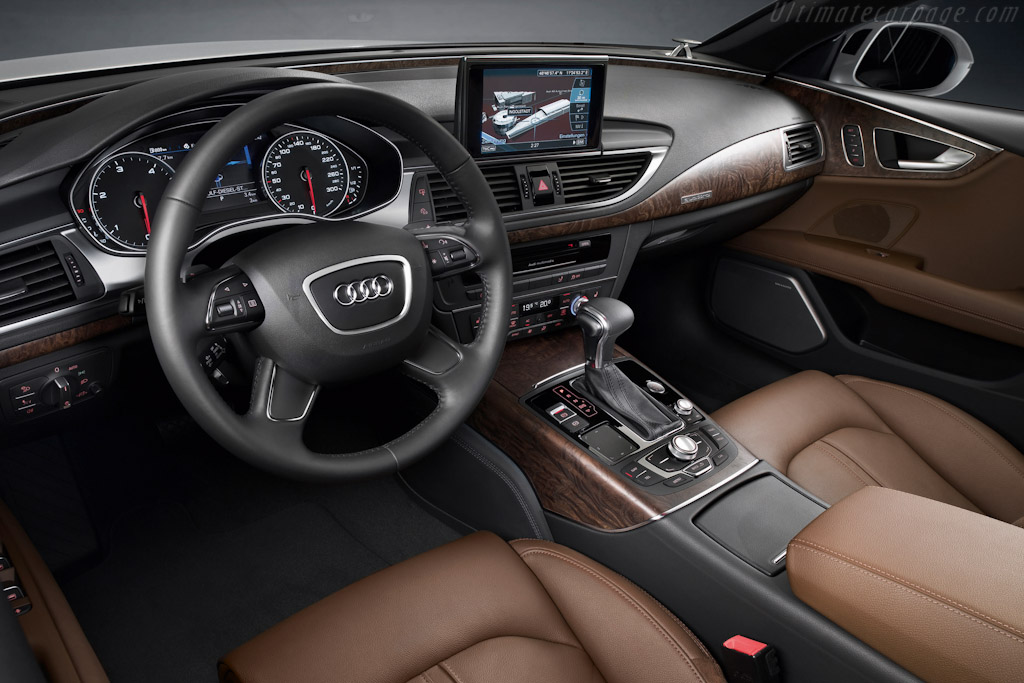 From a performance point of view the A7 is fitted with Audi’s famous all-wheel drive system ‘Quattro’. This system endows the A7 with a tenacious ability to remain planted to the road, having the vehicle on test during Johannesburg’s summer season also meant it was raining most of the time the car was on test. Most luxury rear wheel drive cars with the same power as the TDI could be a handful on slippery road surfaces, not the Quattro A7. So impressed was I with the level of grip, I would purposely try and get some slide out of the car’s chassis but to no avail. It’s nice to know that your A7 is capable of such abilities but in truth it’s not the type of car that begs you to play with it. Rather it is happier being driven in a graceful manner. Its rivals, the BMW 6-Series Gran Coupe and the Mercedes-Benz CLS are more performance orientated, but both rivals would have their rear ends sliding on a wet road where the A7 would remain firmly planted. 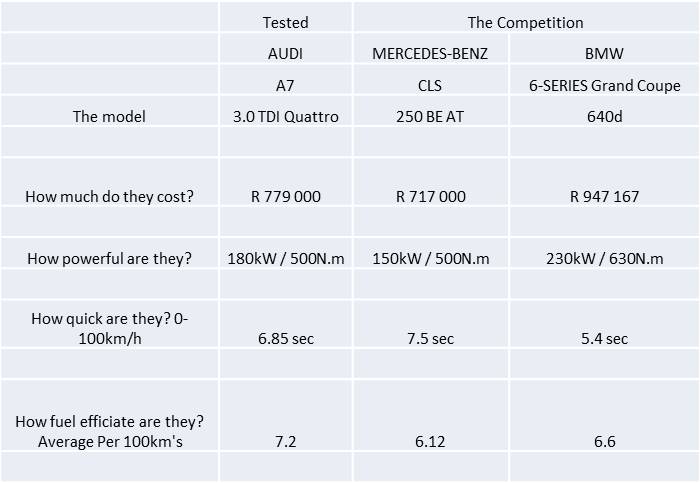 All Audi A7’s come standard with a 5 year/100 000km maintenance and service plan. The TDI comes in three model variants: The entry level 150kW, 180kW (model on review) or a 230kW Bi Turbo. The 180kW model comes standard with a vast number of items with a few being listed below:

The Audi A7 is the thinking man’s luxury express. Both its competitors in the CLS and 6-Series Gran Coupe are special cars with their own unique positive qualities. Both rivals are perhaps a tad on the brash side and are designed to get others to stare. The A7 is less interested in ego, but is still very much ‘out of the box’ in its design. If you are less flash and all about well-built understated class the A7 is for you.

If you’re more into ‘arriving and being seen’, it’s a tossup between the Benz and the Beemer. Note from and engine perspective these three rivals don’t have the same sized diesel engines and are closer matched in their petrol variants. The CLS only comes in a smaller four cylinder unit while the BMW only comes with a more powerful engine that is better pitted against the A7 3.0 TDI biturbo, which has almost identical power, performance figures and is R90k cheaper than the 6-series. But the standard single turbo unit I tested is all the power you will ever need.