The small space on Oslo's Prinsensgate is definitely something!  "In this intimate 66-square-metre space, our goal was to do a lot with little; to play with contrasts in both material and form – with the contemporary and the traditional," said a statement from Snøhetta, whose designs have been selected to feature on the back of Norway's new banknotes.

Through "a process of archeology", the architects have peeled back layers from existing surfaces to uncover materials and fixtures that date back to the 1800s.

New interventions include the ten intersecting domes of various proportions that span across the ceiling, finished in matte gypsum plaster to create "a traditional form reminiscent of Orthodox churches and monasteries".

All the elements used in this space is extraordinary and reminds me of why I love Europe so much…to me they manage to add “substance” to all they do. 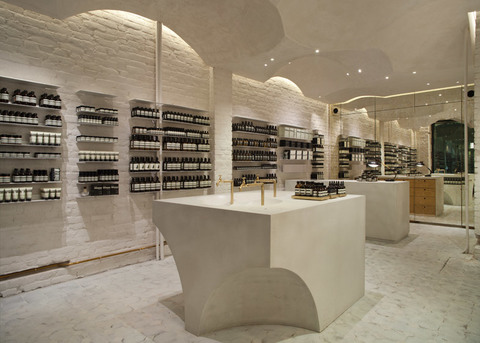 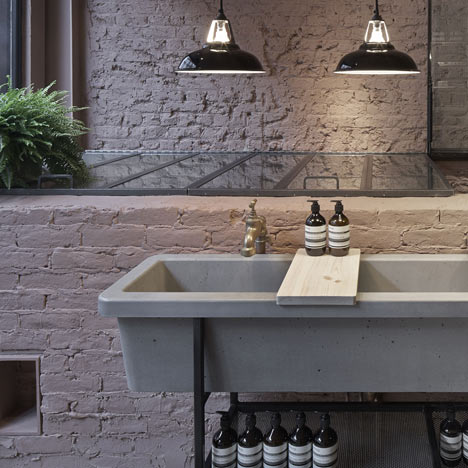