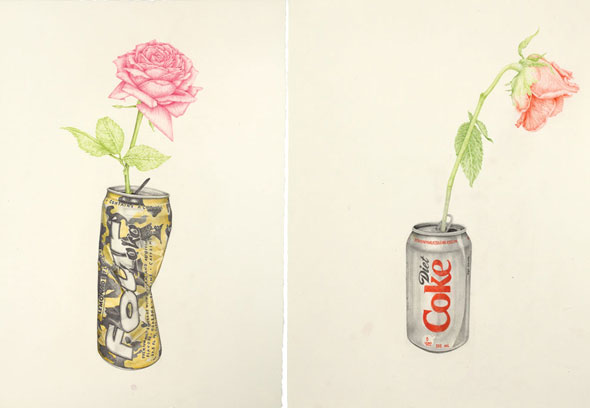 If you walk down the Bowery in New York City, you can’t miss the huge piece of sculpture that shoots upwards out of the New Museum’s second floor. Rose II is nearly a three-story valentine to Manhattan, created by Isa Genzken. Yes, the Berlin artist might have chosen to solidify her love in the form of a fat red heart, but sometimes there’s no substitute for saying it with flowers. 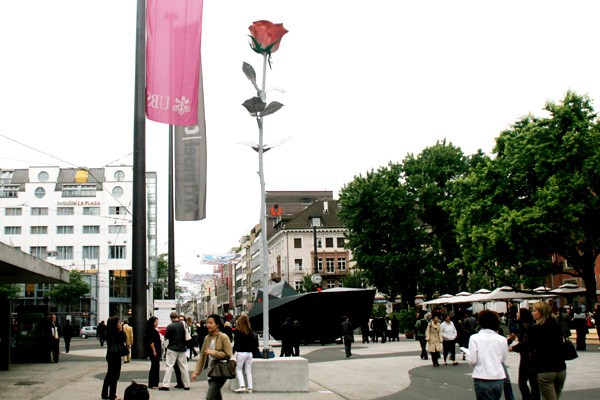 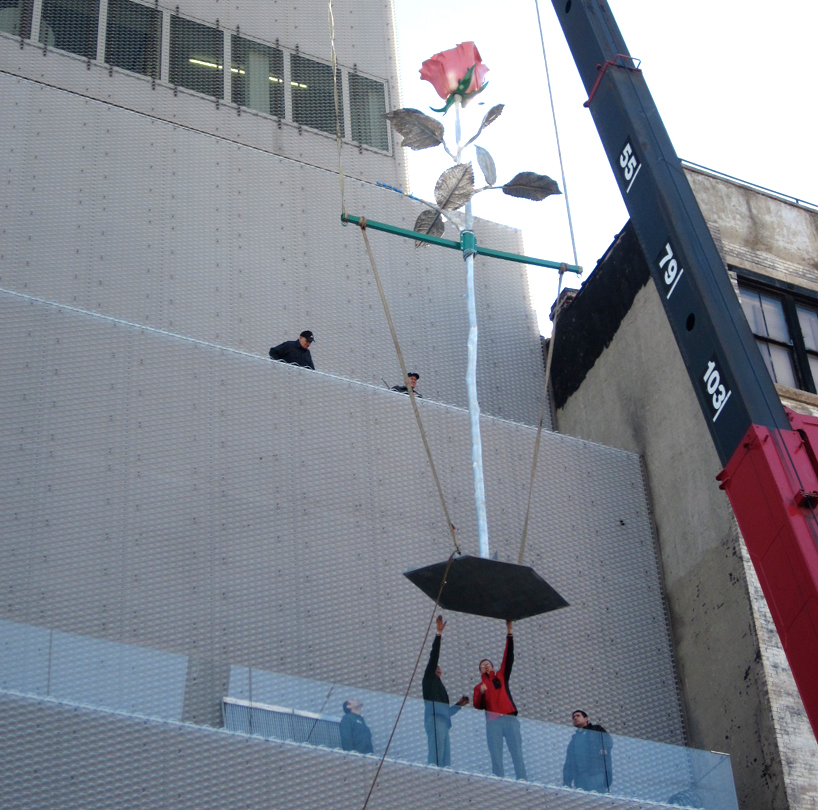 In acknowledgment of this, Lancôme has collected the rose-inspired works of 20 photographers, inclusive of Patrick Demarchelier, Brigitte Lacombe, Nick Knight, and Peter Lindbergh. There is also a limited-edition volume, Rôses by…, as well as a world-travelling exhibition that takes off at the Herzog & de Meuron, designed 1111 Lincoln Road during the Art Basel, Miami Beach. 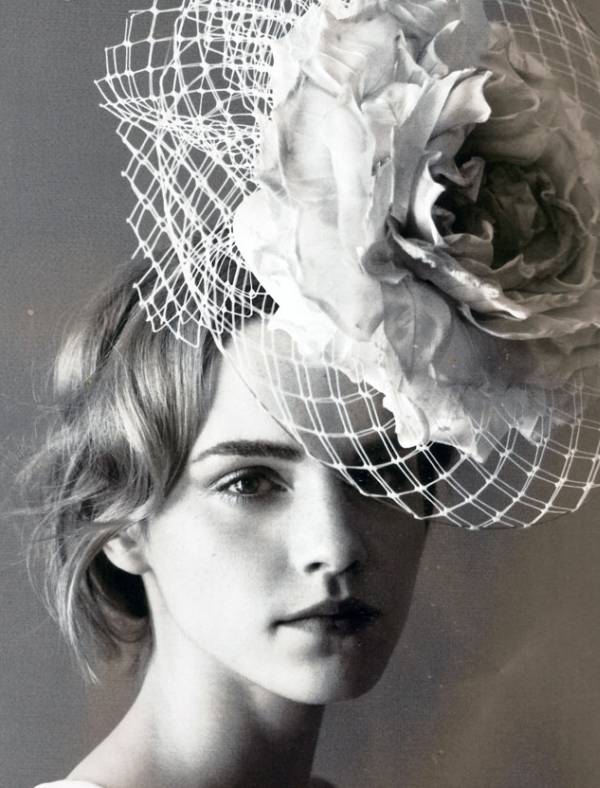 The most renowned rose in art today, doesn’t display so much as a single petal. Marcel Duchamp’s cross-dressing alter ego, Marcel Duchamp’s pronounced éros, c’est la vie, vamped in drag for Man Ray’s camera and signed a perfume bottle that claimed to contain a fragrance called Belle Haleine, or Beautiful Breath. It wasn’t the pungent scent that Duchamp treasured, but rather a prankster’s sensibility that would breeze through art of the next century. This doesn’t mean that other artists haven’t stopped to smell the rose’s pleasures. For every hard-hearted opponent of sentimentalism who subscribed to Gertrude Stein’s deadpan deflation of romantic allure (“A rose is a rose is a rose...”), there have been entire schools of artists who went weak in the knees over the flower’s seducing and powerful sexiness. Georgia O’Keeffe stuck tender roses against the chalky skulls of dead steers, embracing the inner petals with luscious white paint.

Ansel Adams shot scourged roses against deeply veined pieces of wood. In a different register entirely is the 2,600-pound painting The Rose, labored over by legendary Beat artist Jay DeFeo for eight years, in which a incandescent burst of energy blossoms, petal-like, from a striking center. For DeFeo, the rose had become a dazzling stand-in for the atom bomb.
Artists like O’Keeffe, Adams, and DeFeo returned to the rose simply because it’s an enthralling and emblematic thing to look at. But many others have interpreted the flower more along Genzken’s lines, a token of affection. Roses may be beautiful to observe, but they’re even more powerful when given away. Dan Flavin’s early sculptural piece Barbara Roses (an artificial rose encased in a lightbulb and planted in a flowerpot) was a delightful and witty eponymous tribute to a supportive critic. And when in 1972 the most important German artist of the postwar period, the political provocateur Joseph Beuys, produced the first of his multiple-edition Rose for Direct Democracy, each work consisting of a single stem placed in a graduated -beaker-like cylinder, made it clear that the rose could express so much more than plain romance but “It could be a gift from the artist to society”.

Captivating Lancôme’s idea and running with it, we’ve expanded the field to include five contemporary painters and gathered work here ranging from Aurel Schmidt’s pop-ish takeoff to Francesco Clemente’s neo-symbolist clarification, each of which will be projected onto large screens at the Miami exhibit. One could call them roses by other names… 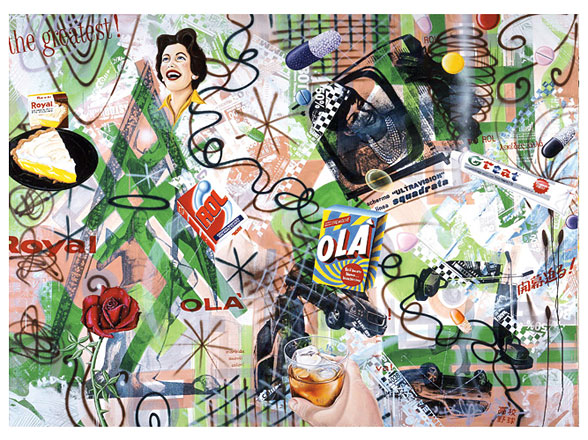 Ross Bleckner, Time and Meditation (The Leaves and the Birds), 2008

Arts In The Streets