42 years of the legendary G-Class 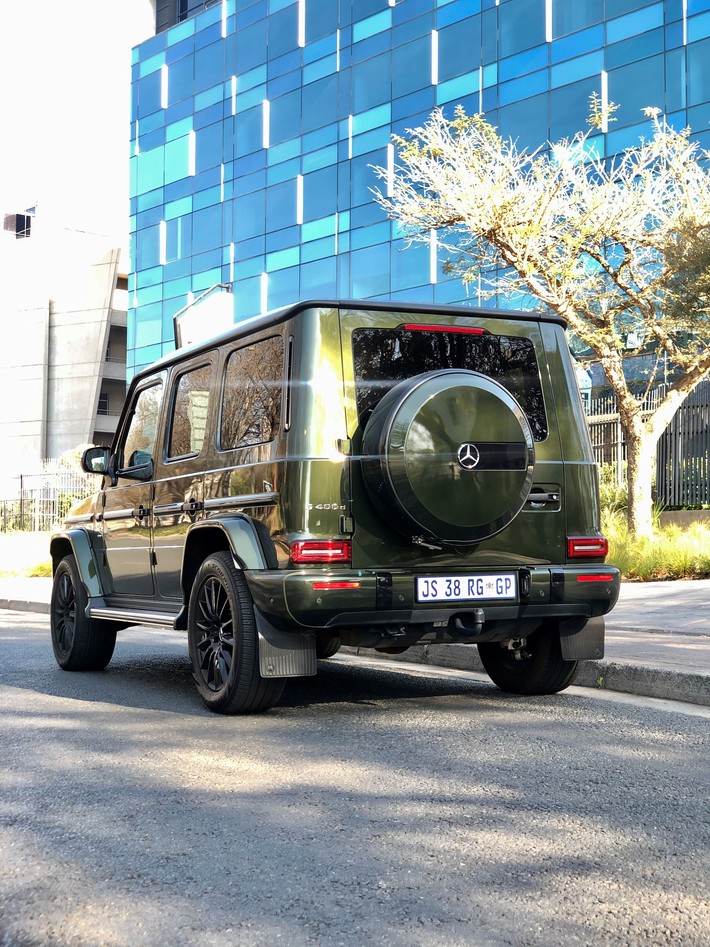 What began in the early 1970s as a collaboration has become the stuff of which automotive legends are made.

By far the longest-standing passenger car model series built by Mercedes-Benz, the G-Class is the forefather of all SUVs that carry the three-pointed star. It has become the standard against which others are measured in the off-road-vehicle segment: around 80% of all the G-Class vehicles ever produced are still in use, which is testament to its outstanding quality and durability. At launch in the spring of 1979, the G-Class came with a choice of four engine variants, ranging from 53 kW to 115 kW. Customers had the option of a cabriolet with a short wheelbase and station wagon models with a short or long wheelbase. In 1989, the vehicles of the model series 463 marked the beginning of an evolutionary process for the off-roader, and since 1993, the model has borne the name G-Class. To mark its 40th anniversary in 2019, Mercedes-Benz unveiled a range of highlights for G-Class fans, starting with the special STRONGER THAN TIME model – including the exclusive G 400 d, J40 Edition offering the most powerful (243 kW/ 700 Nm)  and efficient 8.9-l/100 km) inline six-cylinder diesel engine yet.

The G 400d comes in AMG Line guise, with flared wheel arches over black 20-inch AMG multi-spoke light-alloy wheels, AMG design elements in the bumpers and an exterior protective strip. Brake callipers with Mercedes-Benz lettering and the standard-fit Night Package give the special model darkened lights as well as outside mirrors, a spare wheel ring and design elements in the bumpers in obsidian black and tinted rear windows. Painstaking attention to detail is showcased at night: the surround lamp projects the G logo and the lettering ‘STRONGER THAN TIME’ onto the road. The Mercedes-Benz Editions are available in two looks. Traditionalists will be delighted by a variant whose interior is characterised by black nappa leather with golden topstitching as well as trim elements in open-pore black ash. There are several paint and interior options available to those wanting a particularly exclusive G-Class. With around a million combination options, G-Class vehicles could theoretically be produced for several decades in Graz without any two of them being identical. Customers can choose from a wide colour palette for the nappa leather on the steering wheel, instrument panel and seats, and for the topstitching and seat belts. For the exterior, 4 paint colours offer a choice for every taste – and the spare wheel ring is now also available in the vehicle colour. During his visit to Germany in November 1980, Pope John Paul II is chauffeured in a ‘Popemobile’ based on the 230 G.

Optional equipment available for the cabriolet now includes air conditioning, side-facing bench seats and a hard top. There is a choice of 22 colours.

In the Paris-Dakar Rally, Jacky Ickx and Claude Brasseur are first across the line in a 280 GE.

Further facelift with power window lifts, an automatic antenna and a larger tank.

The 500 GE offers the first V8 model. The 5-litre light-alloy engine develops 177 kW/240 hp. From September the G-Models are officially known as the G-Class.

Second facelift for the 463 series, with internally ventilated front disc brakes and a driver airbag.

The G-Class Cabriolet makes its debut in a new variant with an electrohydraulic soft top.

The G-Class’ 20th birthday in 1999 sees the first AMG variant, the G 55 AMG. Sporting a 5.5-litre eight-cylinder naturally aspirated engine with three-valve technology, it achieves 260 kW and is limited to a maximum speed of 210 km/h.

The G-Class is given a considerably upgraded interior as part of a model facelift.

The G Class marks its 25th anniversary with the G 55 AMG Kompressor. Boasting an eight-cylinder power pack (350 kW, 700 Nm torque), it sprints from zero to 100 km/h in 5.6 seconds. Its sidepipes, which end obliquely in front of the rear wheels, are style-forming.

The G 320 CDI, regarded as one of the best Gs of all time by many enthusiasts, is launched. With an output of 165 kW, its light-alloy V6 engine offers driving pleasure in abundance, with its smooth torque curve both on and off the road.

Further updating: The G-Class is given a new instrument cluster with four analogue dial instruments.

The G 65 AMG launches, with the legendary 6.0-litre V12 biturbo – at that point in time the most powerful off-road vehicle in the world, with an output of 450 kW and electronically limited 1000 Nm maximum torque. Also new is the G 63 AMG, which is driven by a 5.5-litre V8 biturbo (400 kW, 760 Nm). With 40 percent of sales, the G 63 AMG becomes the most popular variant within the G-Class family.

For the first time, the individualisation range offers exclusive, unique colour and material compositions both inside and out. In addition, the new G 500 4x42 with portal axles enters series production.

With a superlative V12 engine, portal axles, electric fabric top and exclusive equipment specification in the rear compartment, the Mercedes-Maybach G 650 Landaulet is launched. Only 99 units are built.

The summer of 2017 sees the 300,000th G-Class roll off the assembly line in Graz – a Mercedes-Benz G 500 in Mauritius blue metallic with black leather seats and contrasting white topstitching. G-Class fans around the world determine the vehicle specification by voting for their favourite equipment and appointments on the official G-Class Facebook page.

The new G-Class celebrates its premiere at the North American International Auto Show in Detroit, setting new standards yet again. On-road the G-Class reinvents itself with modern assistance systems, outstanding handling and optimum safety. Off-road it surpasses itself: the new suspension, the DYNAMIC SELECT drive programs, the G-Mode and the three 100-percent differential locks enhance performance, ride comfort and agility on any surface.

The G-Class turns 40, and the AMG variant celebrates its 20th birthday. Mercedes celebrates its off-road icon with three special models. Thanks to the new individualisation range G manufaktur, customers can turn the G-Class into their own personal G.

15 kilometres south of Graz, the G-Class Experience Centre opens. On this 100,000 m2 site, customers and fans can drive the G-Class for themselves in extreme conditions on two off-road sections, the G-Rock with various approach ramps and an on-road area.

The G-Class comes standard with a 5-year/100 000km maintenance plan.