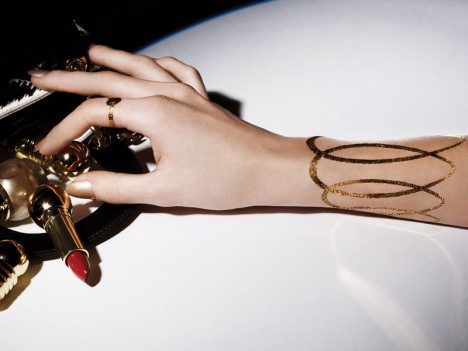 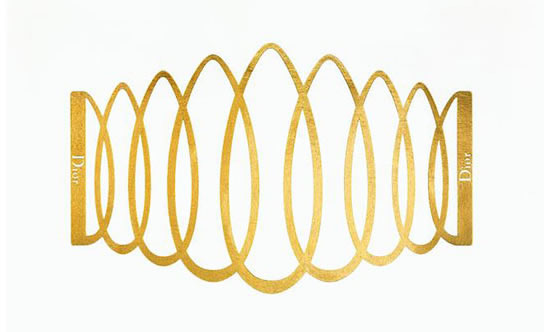 Brooklyn Mall in association with Glamour and Revlon hosted a paint pink high tea in support of cancer awareness month. The Mall came up with a very unique fund raising campaign to gain awareness for breast cancer, whereby women could show their support and participate in a glamorous pampered day. 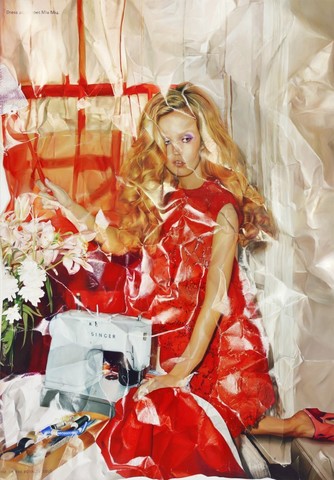 Stefania Fersini explains her work by saying, “The enlarged fashion pages bring back to real scale the characters and the scene in the foreground, creating a parallel world made of models, scenarios, icons of our society. Magazine papers picked from… 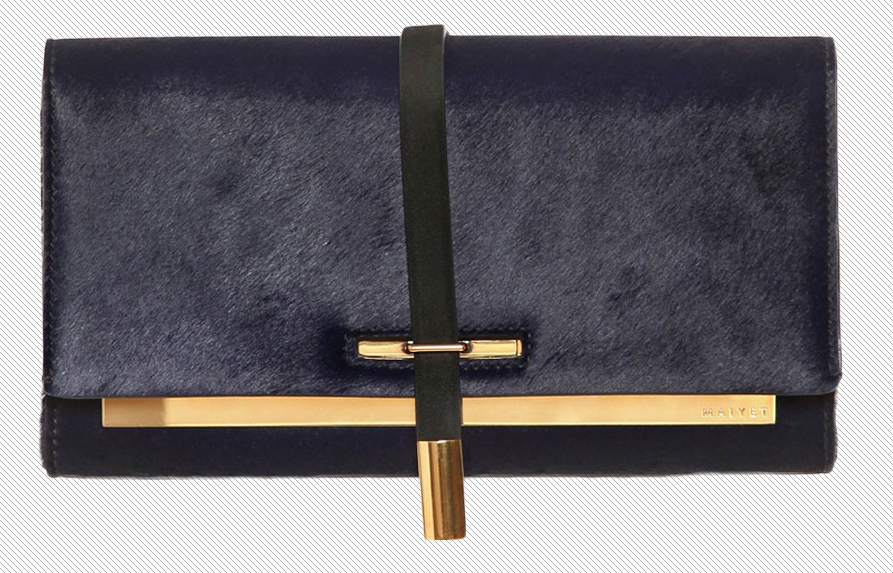 The Navy bag is the new black. The shade looks luxe and it has all of the wardrobe versatility of a black purse, but once the light hits the leather, there's a uniqueness that sets it apart.… Ayami Nishimura is known for her extraordinary use of colour and no-fear approach to makeup design, the Japanese-born, England-based artist's work has graced the high-profile covers of both Vogue and Rankin's Dazed & Confused alike. A visionary with an intangible makeup mystique all her own, it was only a matter of time before she reunited with close… Miu Miu tapped some of the biggest names in the business to pose for its Resort 2013 ad campaign shot by Steven Meisel on the first day of NY Fashion Week.

Who will play Ana Steele in Fifty Shades of Grey 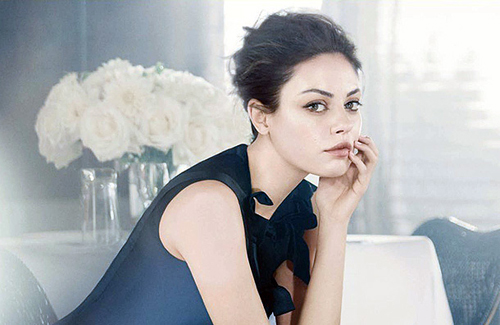 Ukrainian-born beauty Mila Kunis is tipped to play the lead in the film adaptation of E.L. James’s erotica bestseller Fifty Shades Of Grey, the first book in her trilogy.

According to various entertainment sites, Mila has become a front runner after being crowned the ‘Sexiest Woman Alive’ by Esquire magazine this… 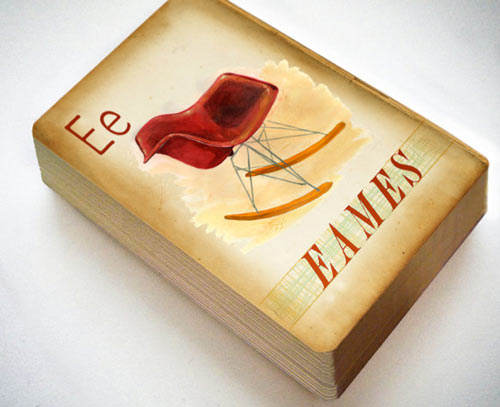 Jen Renninger has finally turned her awesome modern decor paintings into a flash card set. Each card has the name of the designer and a retro style pattern on the back on the card. The limited edition, numbered and signed set includes 26 cards with a small booklet with info about the designers.

"After many requests I've finally gotten… 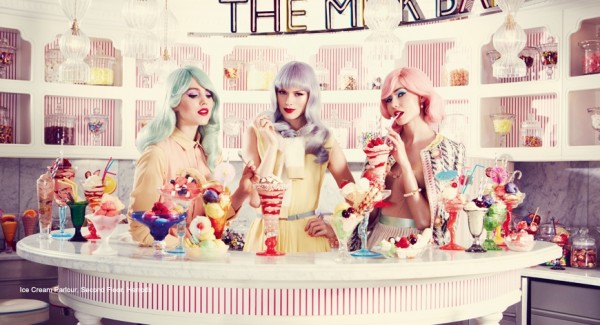 This month, harrods.com is dedicating its seven scrolling homepages to striking fashion images shot in the store’s world-renowned eateries. For the first time ever, shop an exclusive mix of the finest gourmet food alongside the world’s greatest designers. The beautiful series was shot at Harrods’ cafes including The Georgian Restaurant, Ladurée,… The biggest accessory news out of Paris Fashion Week–well is the hula-hoop bag that Karl Lagerfeld showed at Chanel for Tuesday’s Spring 2013 runway show.

The accessory in question is an oversized envelope bag in the style of Chanel’s classic quilted leather–but strung between two hula hoops.… 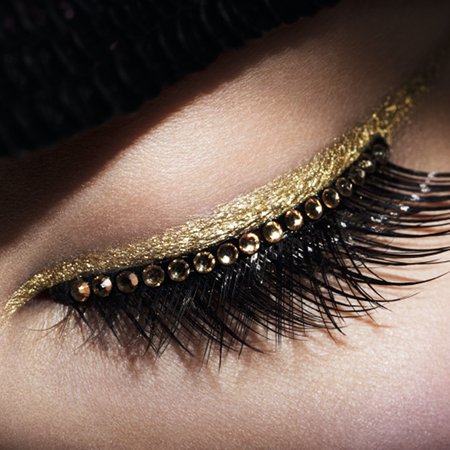 If you are up for a fashionable evening with style and glamour, then these Dior Grand Bal False Eyelashes are most certainly the way to go. They are embellished with Gold Crystals and are set to launch nationwide in November. They will be previewed for one night only at the Dior Botique on 57th street in honour… 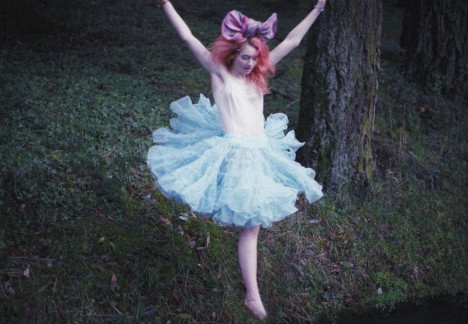 18 year old American Photographer Olivia Bee was chosen to shoot a feature for the Fall/Winter 2012 issue of their "Le Monde d’Hermes magazine". The photoshoot in itself stars a variety of the brands iconic scarves and borrows from the world of fantasy and fairytales.… The 2013 Louis Vuitton City Guides are on their way and I am so excited!

Look at the wonders of the San Francisco Bay and you will get a glimpse of what awaits us in the near future.… 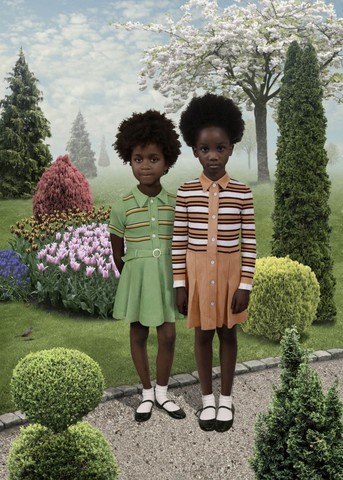 Ruud Van Empel is a Dutch artist whose digital collaged photographs confront the authority of photography through the use of painterly stylization and almost a cinematic experience by using time frames. He meticulously photographs models, clothing and shrubbery and reassembles them digitally in order to create… 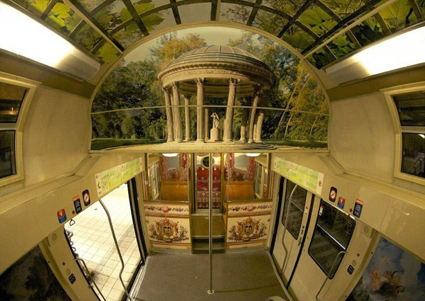