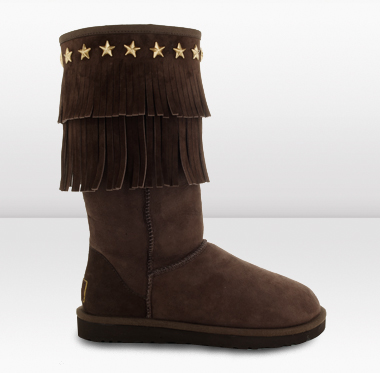 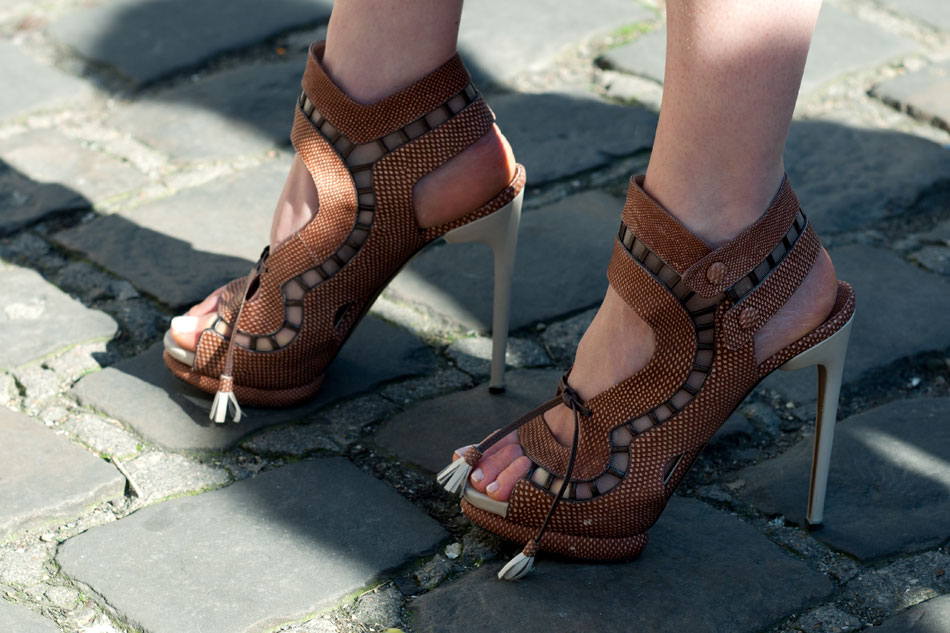 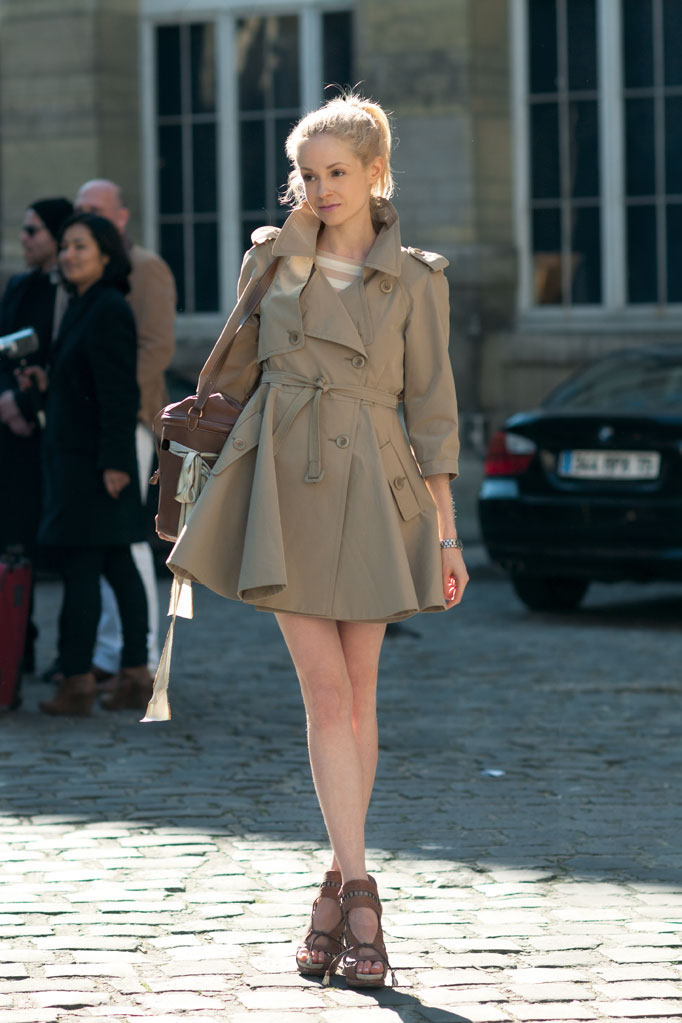 What is it about those brightly colored plastic blocks that always seems to conjure up fond memories of our childhood? Old Red Jalopy did an outstanding job of making them relevant by creating this summer's blockbuster movie posters all in Lego-style. They're so well done, they'll make you wish the movies were… This magnificent design which is scheduled to open in 2013, is Abu Dhabi’s new Performing Arts Center.  It's one of the latest architectural commissions to be created by Iraqi-born Zaha Hadid. The space houses a music hall, drama theatre, opera house, concert hall and a theater with a combined seating capacity for 6,300 people. The Arts…

Yesterday I showed some photos of celebrated photographer John Wright. Here is a selection of some of his work with celebrities such as Michael Jackson and U2. 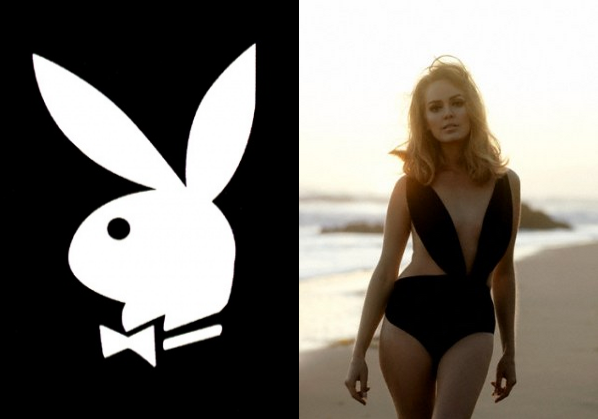 Hefner was gifted with an ironic stroke of fate when the original “Stag Club” name that was going to grace his new men’s magazine was legally blocked by Stag magazine. He needed a new handle, and the stag was soon converted to the now iconic bunny, one of the most renames in history.
In 1960, when the very first Playboy Club opened– the so-called icon of the sexual… 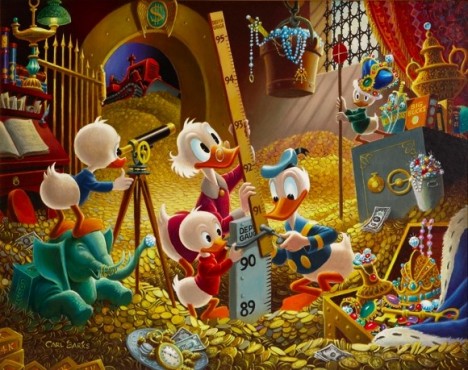 Forbes released its Annual Fictional 15, which ranks the richest characters from television, film, comics and books.

1)Scrooge McDuck, is the richest Billionaire. Net Worth $28.8…

Maslow's Pyramid is a pretty accurate diagram of self discovery.  For me the only thing that’s missing is the importance of music.  He forgot to mention it in “Safety”, when a mother sings a lullaby to comfort a child. In “Love and Belonging” when a lover dedicates a song to express what he cannot. In “Esteem” when a song brings a smile to your day, and of course, in “Self Actualization” when the whole world vibrates in perfect harmony.… The new Hublot Big Bang Watch, is set in 18k white gold and has as many as 142 carats worth of baguette diamonds, which covers the case, the dial and the bracelet.

It costs $2.8 million. A total of 637 baguette diamonds along with one rose cut diamond on the crown dress up this masterpiece. More than 13,000 hours were needed to cut the stones which then took 2,000… 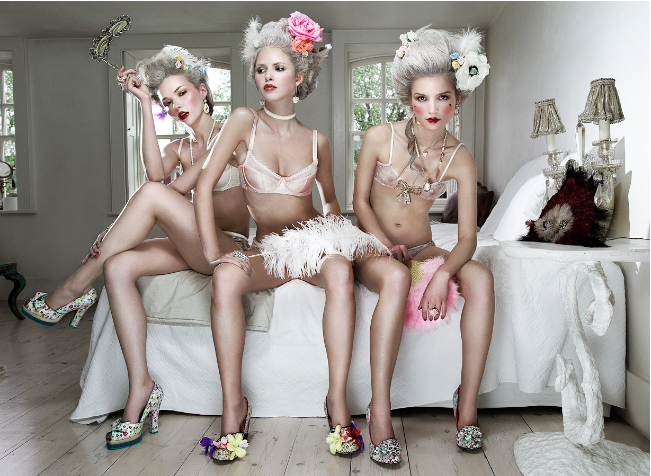 John Wright is a superb and talented photographer who's shot modern-day rock and roll royalty like U2, Lady Gaga and Michael Jackson. At 42 years old, he hails from Glasgow but works and lives in Los Angeles. Coming from a working class background and, despite the fact he's now working in the field of celebrity photography he still stays true to his roots saying, "What I do… 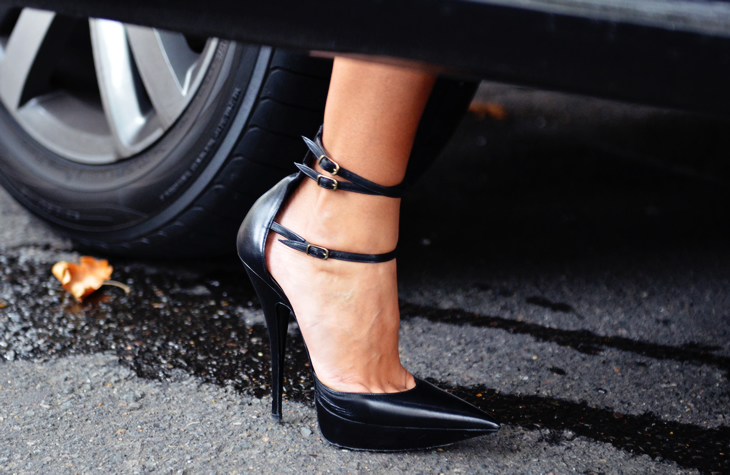 The Swimsuit that Outraged-Australian Fashion Week 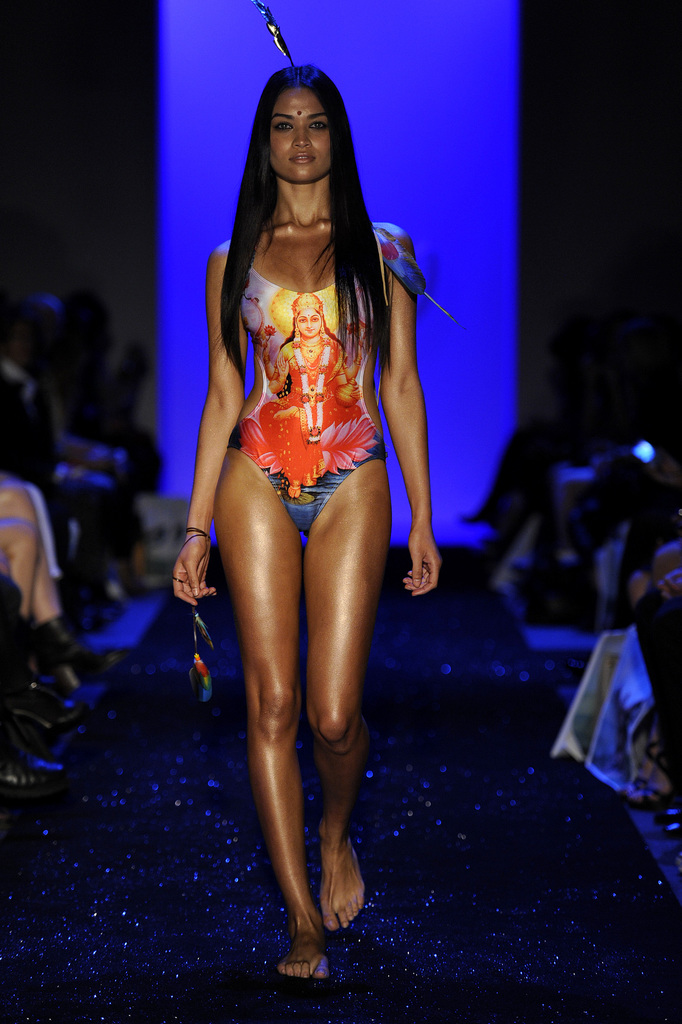 Lisa Blue's official apology, "We would like to offer an apology to anyone we may have offended and advise that the image of Goddess… 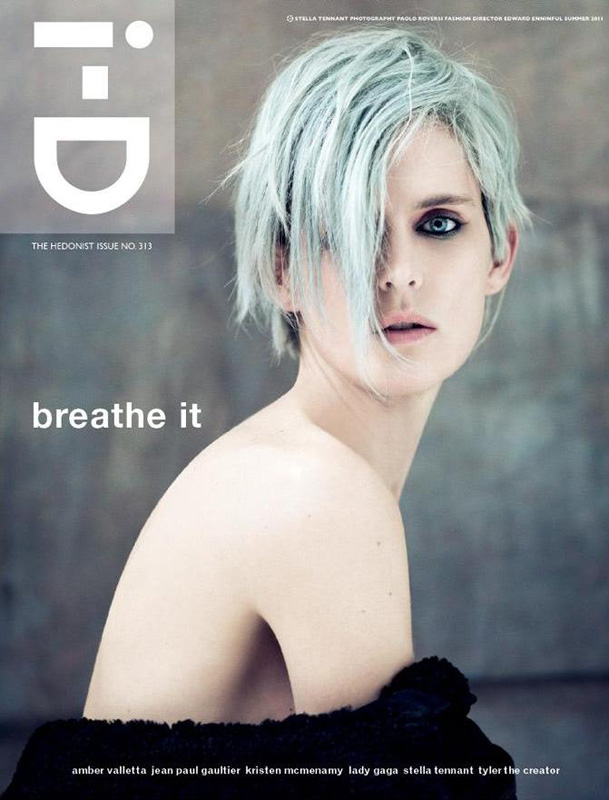 This cover feature of i-D magazine is a collaboration of two legends, Stella Tennant (model) and Paolo Roversi (Photographer). Stellas hair is pale blue grey with an acid wash style.

A Forest and a Splash of Colour

As a black and white forest is beautifully painted, a lone panda is forgotten, sparking the compassion of an imaginative little boy. 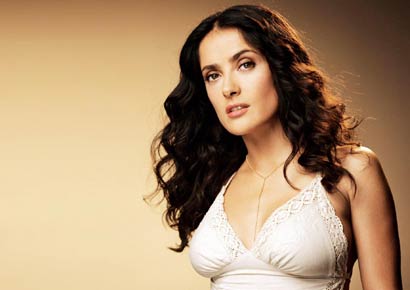 Salma Hayek (mexican actress, director and producer, married to Francois-Henri Pinault) has taken time off from her acting career to focus on the development of her first beauty line called Nuance Salma Hayek. Inspired by her grandmother, a cosmetologist who was an advocate of native American and Mayan formulations, Salma is set to…

The Art of the Automobile The renowned Musée des Arts Décoratifs in Paris is celebrating one the most celebrated personal car collections in the world-that of American fashion designer Ralph Lauren. 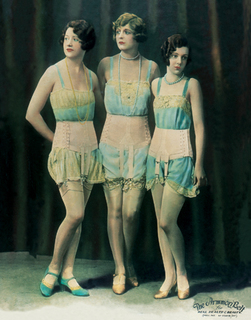 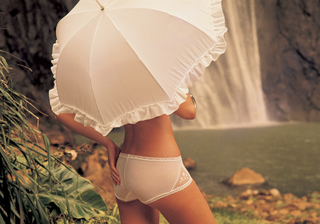 I am so fascinated by these Gifs, they take a still moment and transform it into something magical.

As they continue adding to their portfolio, I will follow their progress and keep you posted on Neofundi. 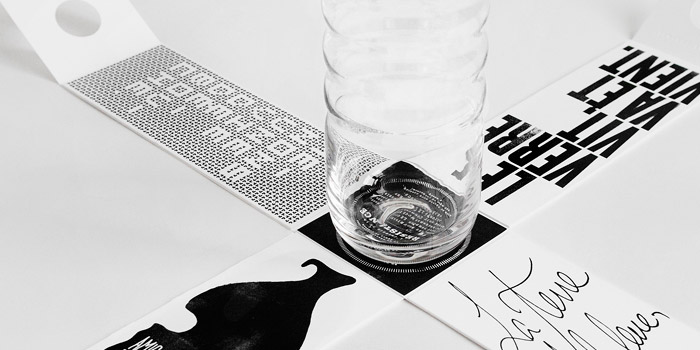 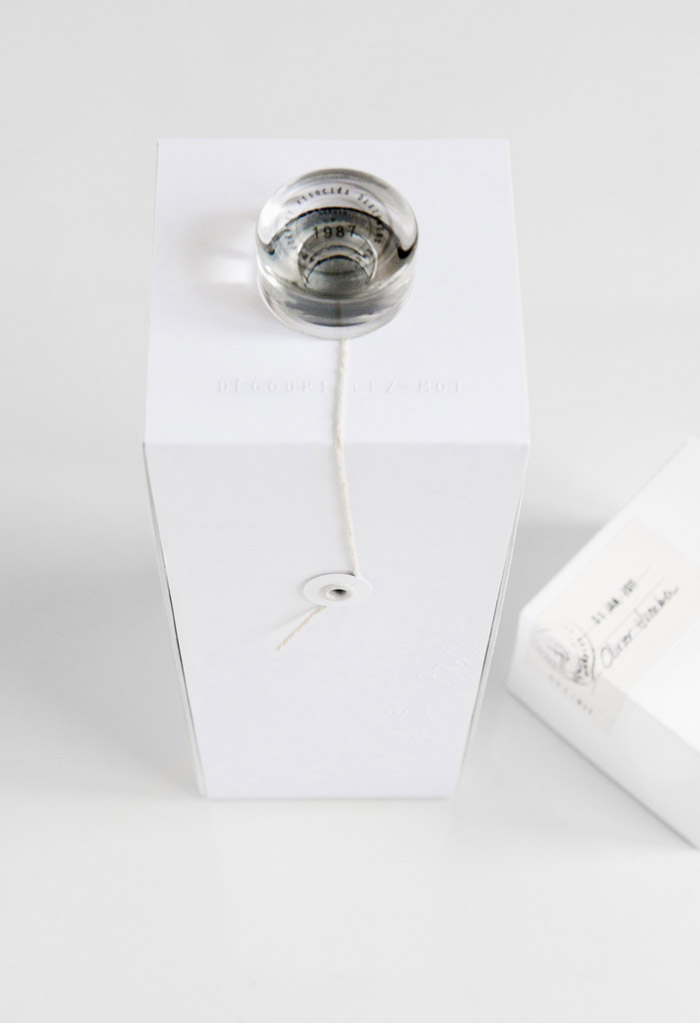 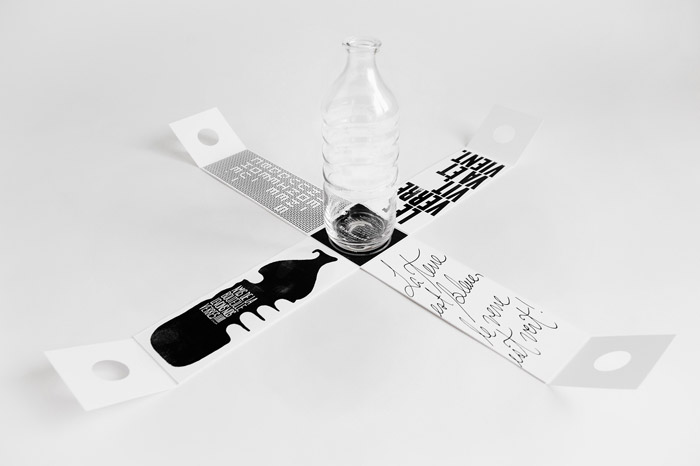 For the New Year, Gauthier offered to all its clients a glass…